CEOWORLD magazine > The Latest > Stats Gate > History Funnel: Troy, The Epic Battle Of A Boss Versus A True Leader. 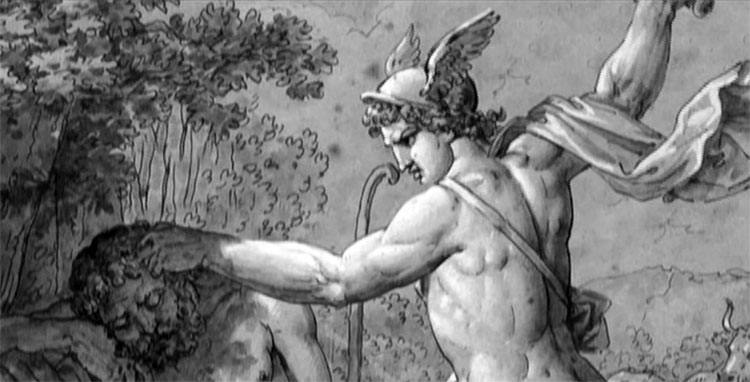 Agamemnon and Odysseus were the leading characters of Homer’s epic poems and they were both kings. But that’s where their similarities stop. What can we learn from their leadership during Trojan War in a battle of styles that echoes through the ages?

Fear versus Nobility
Agamemnon was the King of Mycenae who called for the Trojan expedition (13th century BC) on the pretext of beautiful Helen being stolen from his brother Menelaus, King of Sparta. He was unanimously recognized as the most powerful so being on good terms with him was the main reason all Achaeans kings from what is now Southern Greece dragged themselves and their troops to the unfriendly shores of Troy. Agamemnon was notoriously ruthless and everybody feared his wrath. He was also one of the Achaeans’ top three warriors, whose strength and skill with the spear was acknowledged even by the mighty Achilles. His power had many forms including official, as he was essentially the king of kings; military, as he led the biggest army and had great personal skills as a warrior.

On the other hand, Odysseus ruled the small kingdom of Ithaca in a very different way. He was described as incredibly sharp, highly emotional intelligent (even though the term wasn’t invented yet) and pretty handy with the sword. His diplomacy and his smooth tongue got him out of the harm’s way several times. He was well respected on both sides of the battlefield and his men loved him as he cared deeply for them. Odysseus’ core incentive was to finish the job as fast as possible to return back home to his wife and son sooner rather than later. His only power had the soft touch of trustworthiness and persuasion even with his subordinates, his loyal servants.

Agamemnon led by using his official authority to impose his will. He had no problem picking up a quarrel with his best warrior, Achilles, over a trivial issue such as a young slave, parts of the spoils of a victory in Trojan soil. That quarrel infuriated  Achilles and put him out of combat for a long time, with dreadful consequences for the moral and strength of the Achaean army. As commander-in-chief, Agamemnon ruled with an iron fist and he let no-one question his power and pride. He was very eager to blame others for his wrongdoings, but that blame-storming became a backlashing as his vision to unite both sides of the Aegean under his rule inspired no-one, largely due to his aggressive and egocentric behavior.

Odysseus, however, counted more to the power of the goodwill of his peers, subordinates and even his superior. He was the one who convinced Achilles to participate in the Trojan expedition in the first place by telling him exactly what he wanted to hear: that his name will be known forever if he took part. That’s why Achilles chose to sail to Troy, despite his hatred of Agamemnon. Odysseus was always willing to fix the breakdown instead of trying to assign blame to somebody else, a quality that is often illustrated also to Homer’s epic sequel: Odyssey. Last but not least, he was the mastermind behind the Trojan horse, convincing Agamemnon to withdraw his army and leave the giant wooden horse to penetrate the thick walls of Troy with Achaean soldiers hidden in its belly.

Which side are you on?

Agamemnon’s authoritarian style has its advantages. You may have a junior team of subordinates that need specific instructions, or you might need a project delivered quickly so the decision making has to be done in the fly. In such cases, you need to reflect both extra respect and care for your team to avoid them feeling like pawns on your chessboard and quickly losing their motivation. Using the words ‘please’ and ‘thank you’ can move mountains. Needless to say that this style works only short-term.

Even with the most junior team or at a very strict environment (eg. a military camp) you need to:

Following the example of Odysseus and adopting a more democratic leadership style, you risk moving slower in your decision-making as other opinions have to be taken into account and you may ultimately change your initial course of action if your team’s collective wisdom takes a different approach. It takes a lot of patience, humility and authentic care for others to make this leadership style work. But it also has strong advantages: it makes the leader more inspirational, someone whose people will choose to follow and obey rather than simply following commands. It also empowers employees by making them feel needed and part of the decision-making process, ultimately lifting the level of the entire team. Odysseus was the true leader of Achaeans not because he had power, neither because he was a great warrior, nor for his brains, but because he was trustworthy, emotionally intelligent and well respected.

In a world full of Agamemnons , be like Odysseus.

share on Facebookshare on Twittershare on Pinterestshare on LinkedInshare on Redditshare on VKontakteshare on Email
Thomas KatakisDecember 21, 2018