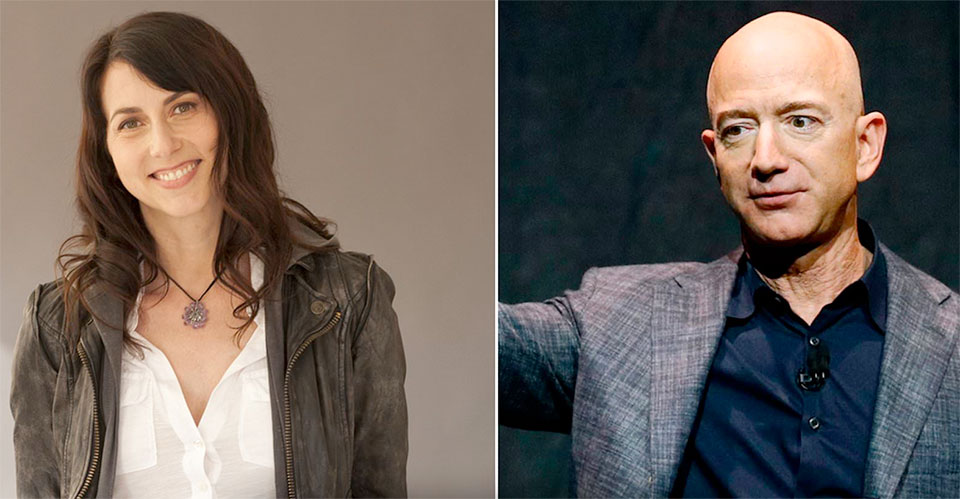 It’s no surprise, the top four richest families in the world are also the wealthiest in the United States. With a total family wealth of $214 billion, the Bezos Family {Jeff Bezos (Estimated Wealth:$161.2 billion) and MacKenzie Bezos (Estimated Wealth:$52.8 billion)} of Amazon is the richest family in the world. Walton clan of Walmart is ranked second with $200 billion. The Walton family fortune is dispersed among seven family members, including Alice Walton, who is the second richest woman in the world after Francoise Bettencourt Meyers. Alice Walton, the only daughter of Walmart founder Sam Walton, is now worth an estimated $52.8 billion.

And coming in third is the Koch Family, with 94.1 billion. Of the twenty-five wealthiest families in the world, the United States is home to the largest number of the richest clans – nine families, followed by France and Germany, with two families each. The main difference between a rich person and a wealthy person is that a wealthy person has sustainable wealth that can last for years and generations.

However, there are ten countries — including Belgium, Canada, Hong Kong, India, Indonesia, Italy, Switzerland, Thailand, the United Kingdom — with just one richest family. The 25 richest families in the world are now worth over $1.5 trillion — more than the total value of Apple or the entire GDP of Indonesia, according to a report.

Richest families in the world

Walton family, US (Estimated Wealth: $200 billion): It is about the owners of the biggest, Wal-Mart chain market. Their company began in 1962, when Sam Walton opened their first shop. Today only one of his children is in the board of directors but their grandsons are starting to taking responsibilities to the company. Wal- Mart has the biggest purchases worldwide. Today, their fortune comes to $200 billion and it is shared to 7 persons, one of who is Alice Walton, characterized as one of the richest women in the world. Walmart is a retail behemoth.

Mars Family, US (Estimated Wealth: $72 billion): The family that counts 5 generations at the helm of Mars Inc., owns Mars, Snickers, Twix, Milky Way and M & M’s, among others. The family nowadays, is the second richest dynasty in the world, with estimating its fortune at 126.5 billion. In 1923, as Mars grew older, Frank’s son went to live with him and came up with a good idea, the “chocolate mantles.” What we call chocolate bars today! He even found a name, the … Milky Way. Despite the fact that Frank was already making chocolate bars, the idea of the little one was revolutionary for the time. So, he introduced Milky Way to the world and people rewarded him by making it America’s most commercial chocolate. Son would not stop here, as he had a lot of ideas. In 1932 Mars Bar came and in 1941 M & Ms. Completely alienated from his father, he had his mind not only on sweets, but also on rice. You’ve heard of his other business, Uncle Ben’s said!

Ambani Family, India (Estimated Wealth: $64.5 billion): The Ambani family owns Reliance Industries, a group of companies that covers everything from oil to telecommunications. The company’s president and largest shareholder, Mukesh Ambani, is the richest man in Asia, with a fortune of $64.5 billion. Reliance Industries Group started with Dhirubhai Ambani as a fabric manufacturer. The group is now on the Fortune 500 list with a value of $150 billion. As Dhirubhai left no will, his two sons, Mukesh and Anil, took over the business, and after a “battle” for succession, Mukesh took over the majority of Reliance Industries. The family house is a 27-floor mansion with 4.000 square meters in Mumbai.

Dumas Family – Hermès, France (Estimated Wealth: $53.1 billion): The “Hermes family” is now known for their famous Parisian home and a fortune of $ 53.1 billion. At the top of Hermes today are two cousins: Pierre Alexis and Axel Dumas. Both are co-owners of the famous house. In the fashion industry, Hermes is the ultimate status symbol: the famous Birkin bag takes more than 25 hours to make, is very expensive, and is only held by celebrities and princesses. When Axel Dumas took over the reins of Hermes, he also increased the production of his bags. Axel Dumas currently serves as the company’s CEO and chairman, and Pierre-Alexis Dumas is the artistic director.

Van Damme, De Spoelberch, and De Mevius Families – Anheuser-Busch InBev, Belgium (Estimated Wealth: $52.9 billion): The Van Damme clan joined the efforts of the De Spoelberch and De Mevius families in 1987, when Piedboeuf and Artois merged to form Interbrew. Together, these three families have an estimated fortune of close to $53 billion.

Wertheimer Family, France (Estimated Wealth: $48.6 billion): Alain and his brother Gerard Wertheimer almost never give interviews or engage in publicity, despite the fact that they have owned the Chanel company, which was founded in Rue Cambon in 1910 by Gabrielle-Coco-Chanel. To be precise, the family has not been in charge of the entire house ever since, but initially part of it, as their grandfather, Pierre Wertheimer, and his brother, Paul, co-founded Société des Parfums Chanel with Coco Chanel in 1924. in order to produce and sell beauty products under the Chanel brand. Although of Jewish descent, the two brothers managed not to lose control during World War II and to regain it after the war, while in 1954 the rest of the house came under their control. Today, their grandchildren, Alain and Gerard, share a fortune of $48.6 billion, ranking them among the top ten richest people in France.

tweet
share on Facebookshare on Twittershare on Pinterestshare on LinkedInshare on Redditshare on VKontakteshare on Email
Antonia Maria MarkouJune 27, 2020