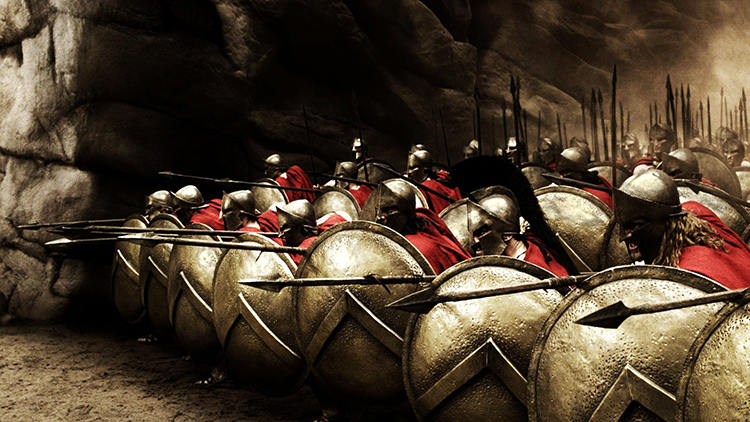 History Funnel is a collection of stories from Ancient Greece and the lessons they can teach us about ethical and inspiring leadership in the modern business world.

This is Sparta: the Secret Behind the Shield

Although Spartans’ determination to win or die in battle is legendary, little do we know about the lifelong system that ensured their team effort was a flawless killing machine. And even so, was this extensive team-building system the only secret ingredient in their recipe for success?

Hunger Games were Invented in Sparta

At a time when Athenians were philosophers, Spartans were the great warriors indifferent to matters of culture. They were dedicated to duty, austerity and simplicity and were literally ready to give their lives for their city state. Their notorious public program, probably the first of its kind in human history, called “the agoge” which took all male children away from their mothers at the age of 7 to train them as warriors to defend motherland. Their training started individually in a bid to eliminate all sense of fear. They were conditioned to disconnect from their emotions and become terminators in flesh and bone. The boys were also intentionally underfed to program them to tolerate hunger during battle and encourage stealing as a survival tactic.

Training in pairs and in groups emphasized the bond and trust with their brothers in battle. Furthermore, the entire group was held accountable for the errors or underperformance of any single person in their team to emphasize interdependence. And there was a reason for that. Spartan footsoldiers held their shields in a way that defended half of oneself and half of the soldier to his left at the battlefront, creating a continuous wall of shields. If this wall broke, the whole army was doomed and not surprisingly, “dropping the shield” became synonymous with treachery in Sparta. Even the mother’s farewell to her son before he went into battle included a severe message, that her son had to return either “carrying the shield” (victorious) or “on the shield” (dead). Personal superiority, strength and bravery were valued only as far as it didn’t jeopardize the coherence of the team. They were fought and died as one, to the very last man.

A Team is Inspired, not just Built

Today, in the corporate world and elsewhere, teamwork is by definition a group making a joint effort to achieve a goal. Although somebody could argue that Spartans went way too far, the importance of group dynamics and the process that makes a group a true team is often underestimated. A new group of people need time to get along with each other, to adapt to new company culture, new procedures and systems. Likewise, an existing team needs time to absorb new members with diverse experiences. This process of team building is often called: forming – storming – norming and performing. In other words, putting the members together, members arguing to set their boundaries and way of working, creating their routines as a team and finally working as a team.  The role of the leader here is not only to be a coach but also to set the vision and to inspire. A team’s true colors are only revealed in stormy weather and only then it becomes crystal clear if it is truly a team or just a bunch of individuals that crumbles under pressure. Their group vision should be guiding light, their North Star.

The Spartans knew that too well. Interestingly, the word “agoge” translates as rearing but also carries the sense of coaching, leading and training. Their guiding light was the glory of Sparta as well as their bond to their brothers in arms.

Not how many but where are they?

Beyond the obvious importance of group dynamics, the Spartans had another striking lesson to teach us about the setting of team objectives. Both teams and individuals do their best work when they are free from anxiety and fear. This counts regardless of whether it’s fear of failure or fear of success. That’s one of the main reasons the trend in modern education is to drop grading as an assessment mechanism. Other good examples can be seen in teamsports where, for example, a football club that sets its sights on the championship without building a confident and cohesive team is almost certain to disappoint its fans halfway to their goal.

That’s why the objective of a victory in battle was secondary for the Spartans. No great trophies were awarded after victory. If they won, they lived another day with their families before potentially falling in the next battle. If they lost, they died honorably. The end result was not the object and going to battle was dismissed as the job to be done. That’s why legend has it that Spartans never asked how many men their opposing army had but where they were. All that mattered was to win or die having performed impeccably as a team driven by their sense of duty, pride and their bond with their brothers in arms, a bond that had been nurtured from childhood.

Contrary to the common notion, the objective shouldn’t only be a specific goal but also the ability to work as a team and for the different personalities and qualities that made up that team to operate at the best possible level. Excellent teamwork has a different set of KPIs which should eventually lead to attaining the main goal, not the other way round. And it is the role of the leader to set the frame of optimum performance which determines if a team succeeds or fails as one. That was at least the way of the Spartans.

share on Facebookshare on Twittershare on Pinterestshare on LinkedInshare on Redditshare on VKontakteshare on Email
Thomas KatakisNovember 15, 2018