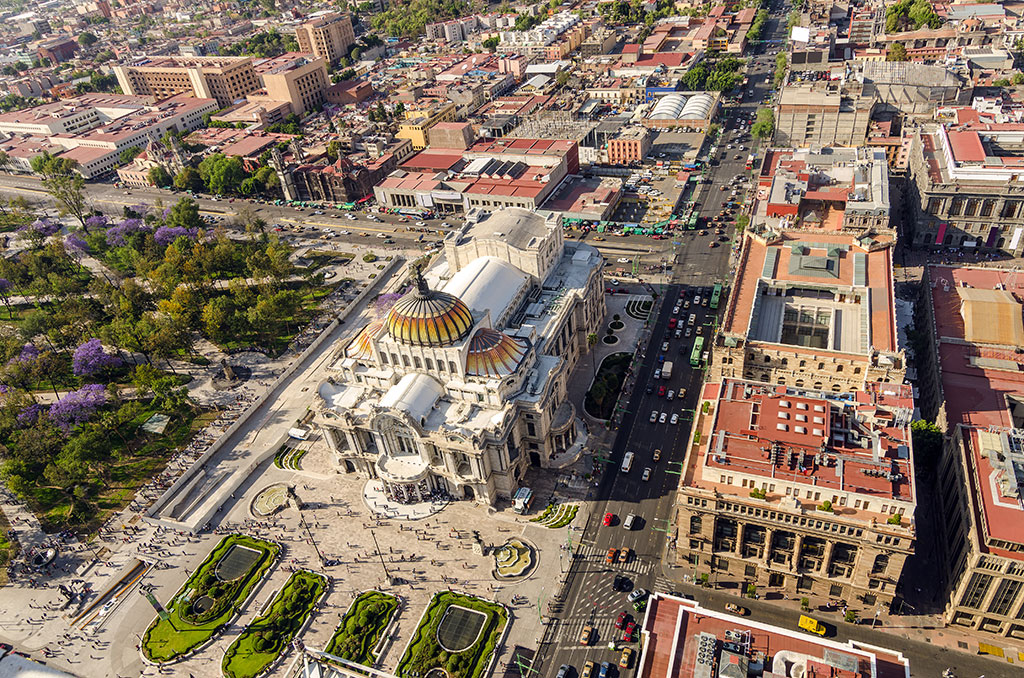 It was in 2017 that I became interested in Mexico, and there is quite a good reason for the same—Coco. Coco is a remarkable movie which is set against Mexican backdrop, deriving inspiration from the Mexican Day of the Dead holiday. When I saw the movie, I had the opportunity too visually experience the society of Mexicans, and it was pretty.

The city life, the clothing, the local norms, and mannerisms, etc. made me realize that Mexico is something I should know more about—and I did.

At first, I was upset that I was so ignorant about the greatness of Mexico. Much of my ignorance comes from the fact that Mexico is infamous for drug cartels and is not often portrayed in a favorable light. But, every country has problems, and we are not in place to judge. So, when I watched Coco, I figured that there is so much to know about this culturally beautiful and historically relevant country.

Mexico City: Many tourists consider capital cities as those which have become embedded in metropolitan lifestyle and are devoid of the local culture. While this may be true for many capitals, we cannot say the same about Mexico City.

Mexico City is the seat of the incumbent government, which means you will see many sophisticated official buildings all over. Its center called Centro Historico de la Cuidad is a designated UNESCO World Heritage Site and is marked by a slew of colonial buildings dating as far as the 16th century. Then, there are other places such as the Templo Mayor housing many Aztec relics, the Constitution Plaza, and volcanic mountains such as Iztaccihuati.

The Best Hotels In Mexico City For Business Travelers, 2019

Places You Must See In Mexico

One of the best ways to appreciate a country is by visiting it, and you cannot adequately appreciate Mexico without being there on its soil. In this article, you will get some guidance about Mexico and its various places which deserve a visit from every one of us. Here is a list of places which you should visit when in Mexico.

Chichén Itzá: Go back to the year 2012 and remember how much the media covered the nearing Judgement Day. Maya People, an indigenous group in Mexico, had their ancestors draw a calendar which ended on December 21, 2012, which led to the invention of one of the most popular modern-day theories, causing people to speculate over the possibility of the end of the world on this date.
Maya People have, however, made much more important contributions to the world than an apparently incomplete calendar. One such contribution is the brilliant Chichén Itzá city which was built around 600 AD. When you visit the site, you would be amazed by the unique Mayan architectural styles manifesting in their creations which have withstood the ravages of time.

Copper Canyon: If you thought that Mexico is all about history and culture, then you hold my cup of coffee. You should know that it has as many natural attractions as any other country. There is one called the Copper Canyon, and its magnitude and charm compete with the world’s best.
Copper Canyon is essentially a group of six canyons situated in Chihuahua, a state in Mexico. These canyons were formed by a handful of rivers which ultimately drain into the Gulf of California. These canyons derive their name from the colour of their walls, which is copper-green.
Tourism is always thriving here. Here, you can visit the Copper Canyon National Park, Basaseachic Falls in the namesake National Park, or ride on the Ferrocarril Chihuahua al Pacifico which operates alongside Canyon Urique (one of the six canyons).

Cancún: Situated on the Yucatán Peninsula, Cancún is a city which is a major tourist attraction in the country. It is home to many resorts and cruises and is best known for the resort band called Riviera Maya. The city is extremely important for the government, as the tourism industry earns about 20 percent of the total tourism revenue from here.
Here you can explore the picturesque beaches, impeccable water, and the liveliness of the locals. You can engage in many recreational activities such as snorkelling. What will add to your adventurous spirit is scuba diving in the largest underwater museum there is in the whole wide world. Deep underwater, you will be able to see for yourself the submerged remains of the past.

Puerto Vallarta: You can never get enough of beaches and resorts here in Mexico. One of the best places to experience both is in Puerto Vallarta. It was once crowned as the friendliest city in the world many thanks to its chilled-out atmosphere, scenic landscape, and peppiness of the local life.
It has become one of the most popular tourist destinations with US residents. It is, especially, popular among retired individuals from North America. Moreover, you will see many people from the LGBT group vacationing over here, many thanks to its disassociation from conservative ideologies which stall many countries from being all inclusive.