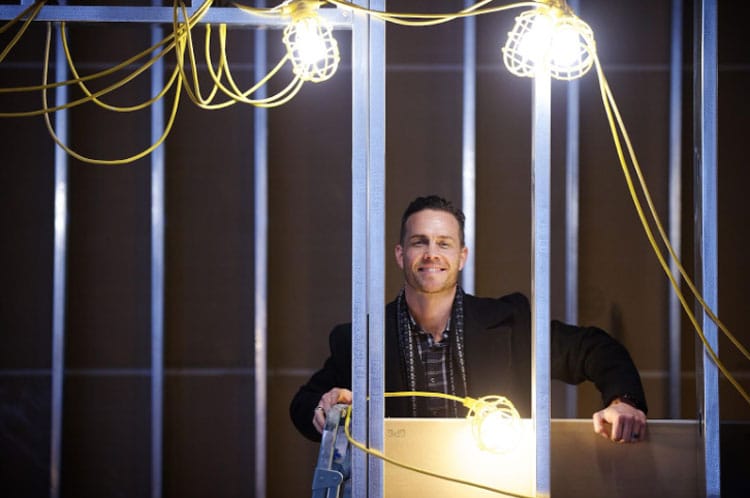 Ryan Hurley is the founder and CEO of Hurley Development, a commercial real estate and development firm in Vancouver, WA. He started this company in 2008, during the financial crisis, after working in the real estate industry for about seven years at Hinton Development.

A rugged season that signaled the end for many individuals and companies proved to be the start of a new chapter in Hurley’s life. More than ten years have passed since Hurley Development opened its doors for business and the company is not showing any signs of slowing down. It has been pivotal in the rejuvenation of Vancouver, leading efforts to reform the city through meaningful partnerships and exciting development projects that emphasize restoring and building community.

Understanding Hurley Development’s rapid rise to recognition requires an appreciation of the man behind the company and his notion of success.

A Process, Not a Point

For Hurley, success is a process, not a point. The emphasis on the process means that during a project, he and his company are not focusing on getting to a finished product as soon as possible. Instead, they are focusing on achieving the desired result the right way. Hurley feels that if an approach is entirely focused on the result then there is a risk of corrupting the purity of the process. “If we’re focused on the point and whatever we have to do to get to the point, a lot of times the things that we consider important and valuable are hurt, broken, or ruined,” he said.

This perspective has made Hurley introspective about his actions, resulting in increased accountability. When we think about bosses and leaders, a lot of attention is paid to their management style. What is missing from this discussion, however, are the motivations of the leaders themselves.

Hurley says that he approaches every project with a mentality of stewardship, which has translated into accountability being his biggest motivation. “I have to be thoughtful about how I run the organization,” said Hurley. Even though he is the CEO, it does not mean he is not accountable to anyone. He feels responsible for the trust bestowed on him by his investors. In many ways, he considers them to be his bosses. He feels this sense of responsibility because he is cognizant of the efforts that his investors have put in to earn the capital they invest in his projects. The responsibility then rests on Hurley Development, and ultimately on Hurley himself, to ensure that the capital is invested in the right manner.

Similarly, he feels answerable to his tenants. If he is unable to meet their expectations, he will never be able to fill vacancies in his buildings. This is why he is big on executing the plan as promised and being true to each project’s vision. He does not think that he is special in choosing to operate in this manner, because honesty is the only way to run a business.

Hurley holds himself responsible for always being honest and expects the same from his team. The company is flexible but the staff always considers how they are using their time to greatest benefit of the people who are funding their projects.

All this effort, however, would go to waste in absence of a vision. Working without an end goal is exhausting. Hurley says, “If you don’t have a vision that takes your breath away, and by that I mean it makes you throw up a little bit because you’re a little scared of what it’s going to take to get to the end result, it’s probably not very big or very important.” You must dare to dream big. And this vision needs to be original because it is not something that can be copied. A vision requires creativity and courage.

However, Hurley is careful that his courage and confidence do not lead to a false sense of security. This is where the reliance on data comes in. If the data doesn’t support something, he is extra cautious. This inclination links back to his sense of accountability. So, for any project that his company undertakes, feasibility studies and market partnerships are an essential part of the process. Being aware of what can and cannot be done is what makes him a mature business owner.

Realizing the big dream needs the right team. “Obviously it takes a very talented team,” Hurley said. But you should be careful about who gets to be a part of this team. His team’s values are humble, hungry, and honest.

Humility means people can admit their faults. Hurley believes that is a rare quality these days. “You see a society dead set to step on anyone to achieve success, and I think it’s because the success breathes pride and arrogance,” he laments. Which is why he has tried to create a difference in his company.

Hunger is what drives his team. “The ‘hungry’ part of our vision is just plain hard work,” he said, “Laziness has no place in our business.” Striving towards excellence. Always trying to be better than they were yesterday. It is this struggle that has helped them grow and progress.

As to honesty, he feels that if you are not honest from the start, it becomes more difficult as you progress. “Some people don’t want to share the whole truth of a situation, they feel like it gives them an advantage here or there, and a lot of times that starts to spread throughout their company. This monster grows,” he shared. And the solution to this problem is simple, just be honest from the get-go. In business, nothing is worse than dishonest gain.

The last ingredient for success is continuous improvement. It ties in with Hurley’s notion of success. Any successful person will tell you that you must keep working with your head down to be the best. When you want to be the best at something, you are essentially chasing an ideal not a material thing. The fact of the matter is that there will always be a better way of doing things. Success requires a concerted effort. After all, it is a process, not a point.

Have you read?
Is It Time to Lose “Hey Guys?”​ – Gender Pronouns and Customer Service by Monique Richardson.
Dynamic Star Co-founder Brad Zackson on What to Know Before Investing in Multi-Family Rental Properties.
The Technopreneurship chessboard: Powering Business and Economy with disruptive Technologies by Prof. (Dr.) Manoj Joshi.
Should You Break Up with Some of Your Customers by Joseph A. Michelli, Ph.D., C.S.P.
7 Mistakes to Avoid in Hiring and Firing During Uncertain Economic Times by Dr. Gleb Tsipursky.