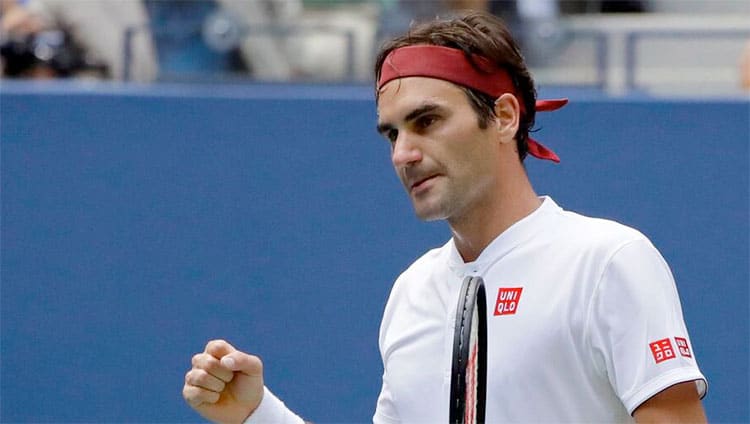 Roger Federer, Rafael Nadal, and Pete Sampras are the best tennis players in the world – according to the CEOWORLD magazine survey. Tennis is one of the most popular sports that first started in England in the second half of the 19th century and within a few decades spread throughout Europe and the rest of the world. Initially, tennis only addressed to the upper social classes. Today, tennis is played in every corner of the globe, and is one of the most-watched sports, featuring the four Grand Slam tournaments.

Identifying the Best Tennis Players of All-Time is no small task. But, every once in a while, a tennis player comes who changes the sport forever and take the parameters to the next level. Readers voted for their favorite from a shortlist of 20 tennis players compiled by a panel of experts. You voted in your thousands from a shortlist of 20, and we can now announce the winner: 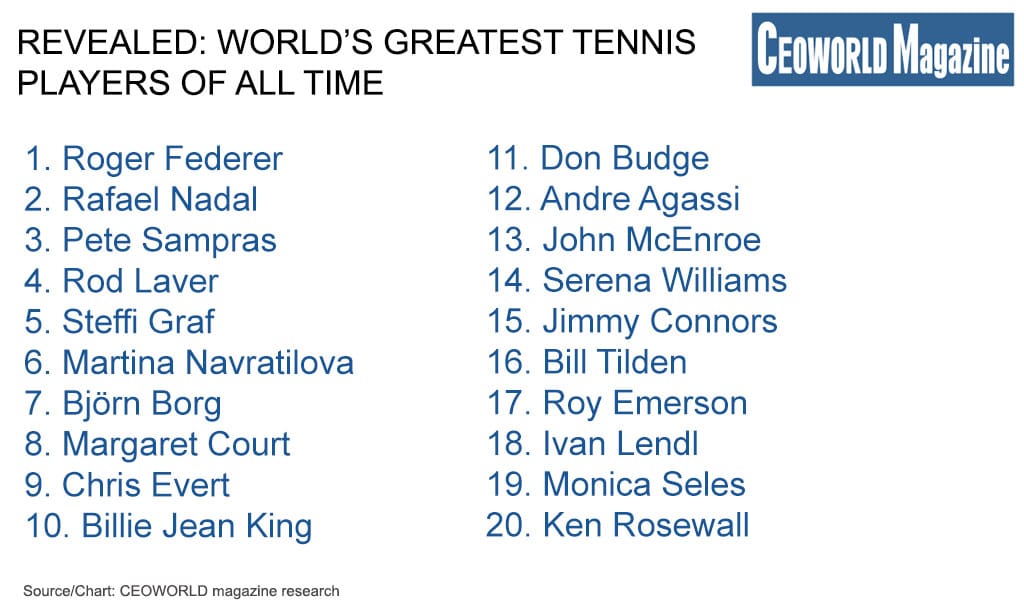 Roger Federer: Roger Federer was born in 1981 in Basel, Switzerland. He has won the most Grand Slam finals in history. With an incredible variety of moves, the Swiss athlete is the perfect all-court player, with excellent shots. He won both the singles and doubles at the 1998 Wimbledon Junior Championships. Soon after, he became a professional and in 2003, when he first won Wimbledon, he began to dominate world tennis.

Rafael Nadal: Rafael Nadal Parera was born in 1986 in Manacor, Mallorca. He started playing tennis at an early age. When he was 14 years old he settled in Barcelona to devote entirely to his favorite sport. At the age of 15, he became a professional player. In 2005, at the age of 19, he made his first Grand Slam tournament appearance, winning Roland Garros. He continued by reaching eleven titles in the French Open, something that of course no other tennis player has ever achieved in any Grand Slam! Nadal plays mainly behind the main line, based on very strong topspin groundstrokes. It is worth mentioning that he has the absolute record of victories in Roland Garros with 80 titles in his career.

Pete Sampras: Pete Sampras was born in 1971 in Washington from Greek parents. In 1978 settled with his family in California. He started playing tennis as a child and in 1988, at the age of 17, he became a professional player. Two years later, in 1990, he won his first US Open and became the youngest in history to win such an event. He completed 286 weeks at the top of the world rankings, a performance surpassed only by Federer. His nickname is “Pistol Pete”. He stopped playing tennis in 2002. In total he had won 64 titles in his career.

Rod Laver: Rodney George Laver was born in 1938 in Queensland, Australia. The two hundred tournaments he has won during his career are an absolute record. Also, he is the only player in men’s tennis history to win ten tournaments each year for seven continuous years. Laver is the only player in history to have won the Grand Slam twice. He stopped playing tennis in 1979 and it is worth mentioning that he had won 200 titles in his career.

tweet
share on Facebookshare on Twittershare on Pinterestshare on LinkedInshare on Redditshare on VKontakteshare on Email
Antonia Maria MarkouJune 15, 2020