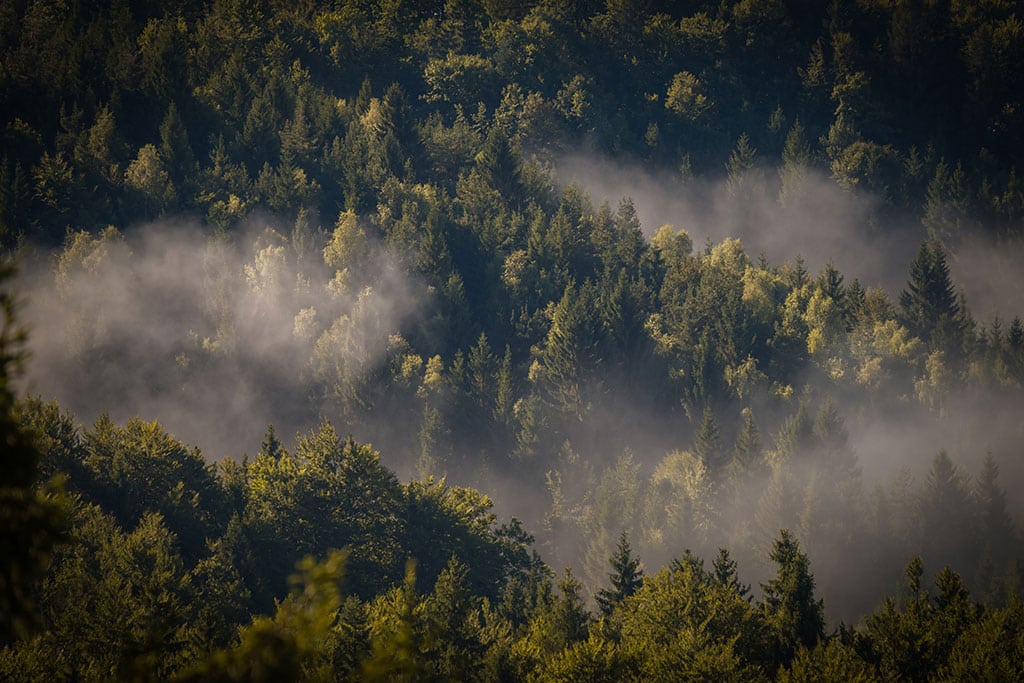 Suriname has been recognized as the most forested country in the world, according to the CEOWORLD magazine, while Federated States of Micronesia and Gabon placed second and third, respectively. In each of the world’s top 10 most forested countries, forests make up a huge percentage of the land area – from just 74% in Papua New Guinea to more than 98% in South America’s Suriname.

As of 2019, approximately 31% of the earth’s land is forest. But the world is rapidly losing trees. The CEOWORLD magazine analysis of World Bank data found that 21 nations have lost over 25% of their trees since 1990.

The table below shows the world according to forest area as a percentage of total land area, based on statistics published by the CEOWORLD magazine.

The rankings placed Seychelles in fourth ahead of Palau into fifth; while American Samoa ranked sixth, and Guyana seventh.

Overall, among the top 10 most forested countries in the world, the eighth, ninth, and tenth positions are held by Laos, Solomon Islands, and Papua New Guinea.

Most Forested Countries In The World 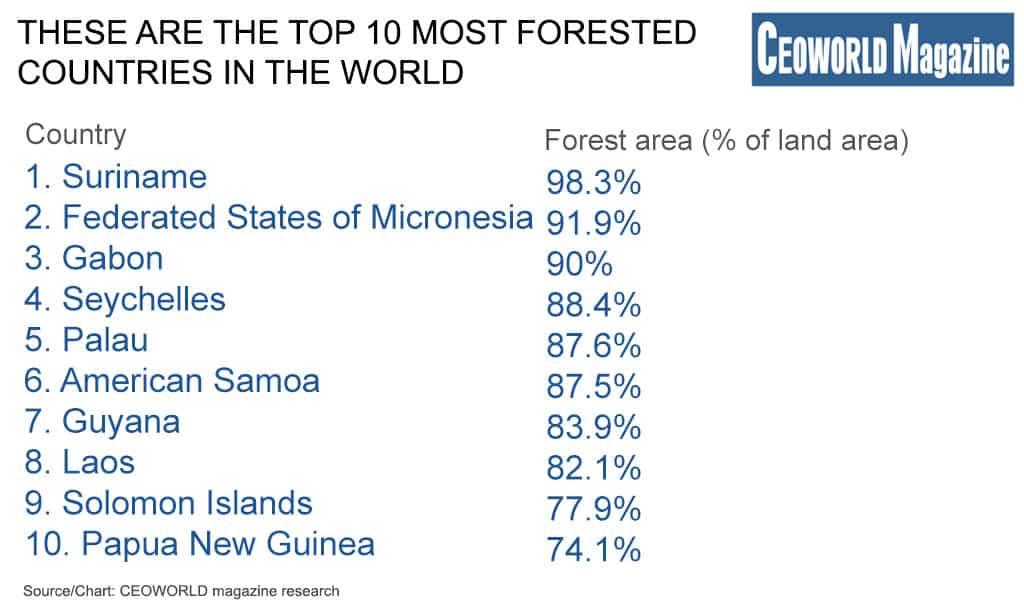 tweet
share on Facebookshare on Twittershare on Pinterestshare on LinkedInshare on Redditshare on VKontakteshare on Email
Ryan MillerSeptember 10, 2019