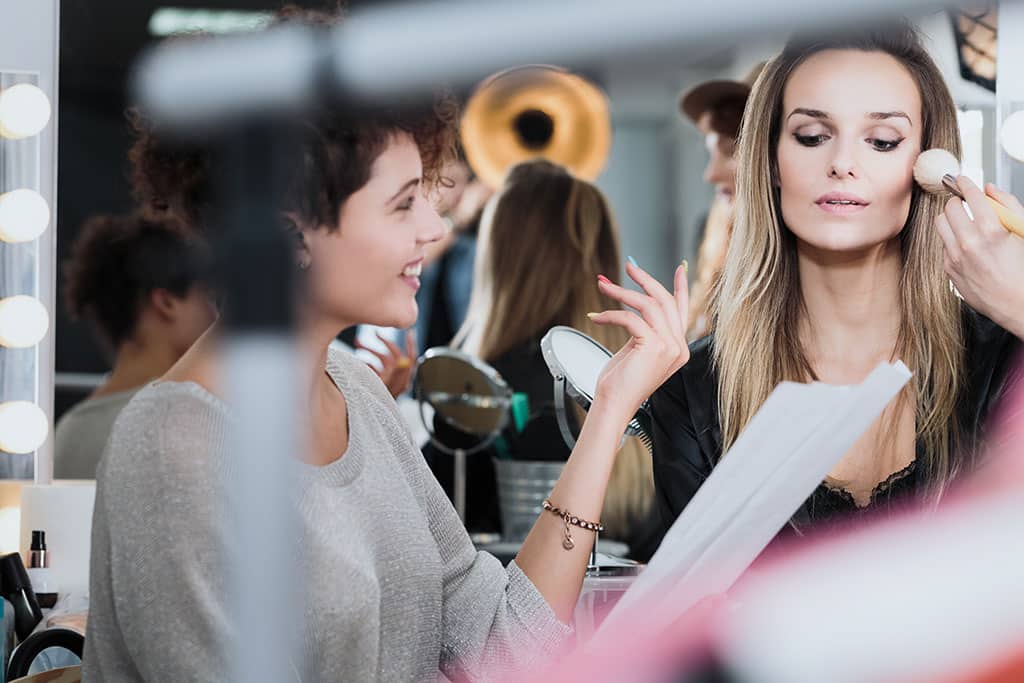 Italy has been ranked No. 1 on the list of the 20 most fashionable countries in the world for 2019, according to a new study out by the CEOWORLD magazine, France placed second on the list, followed by the UK at No. 3.

Though every country has its own dressing style, taste, and fashion sense, let’s take a look at the world’s top 20 most fashionable countries, which lead the global fashion industry — using factors like the number of fashion schools, global fashionistas, perceptions of fashion journalists, affordability, and market size.

Coming in as the number one most fashionable country in the world is Italy. Italy boasts some of the top names in couture fashion, including Guccio Gucci, Gianni Versace, Valentino Garavani, Roberto Cavalli and Giorgio Armani. This choice isn’t particularly surprising!

France comes in at a close second: The country is home to legendary designers including Coco Chanel, Yves Saint Laurent, Christian Dior and Hubert de Givenchy.

The 2019 rankings placed Japan in fourth ahead of United States into fifth; while India ranked sixth and Spain seventh.

Overall, among the top 10 most fashionable countries in the world, the eighth, ninth, and tenth positions are held by China + Hong Kong, the United Arab Emirates (Dubai), and Brazil.

Turkey took the No. 11 spot, followed by Sweden (No.12) and Singapore (No.13). Meanwhile, the Netherlands ranked No. 14 in the CEOWORLD magazine’s ranking of the most fashionable countries in the world for 2019.

Australia came in fifteenth place, followed by South Korea (sixteenth), Austria (seventeenth), Germany (eighteenth), and Norway, ranked nineteenth. Out of the 20 most fashionable countries in the world for 2019, Denmark ranked twentieth.

The World’s Most Fashionable Countries For 2019 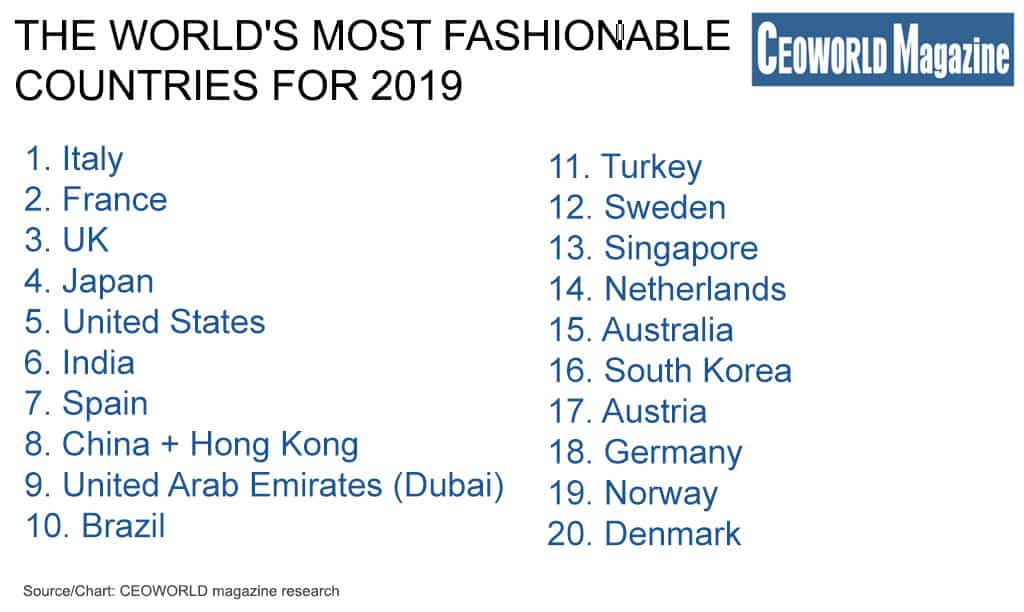 tweet
share on Facebookshare on Twittershare on Pinterestshare on LinkedInshare on Redditshare on VKontakteshare on Email
Alexandra DimitropoulouSeptember 9, 2019