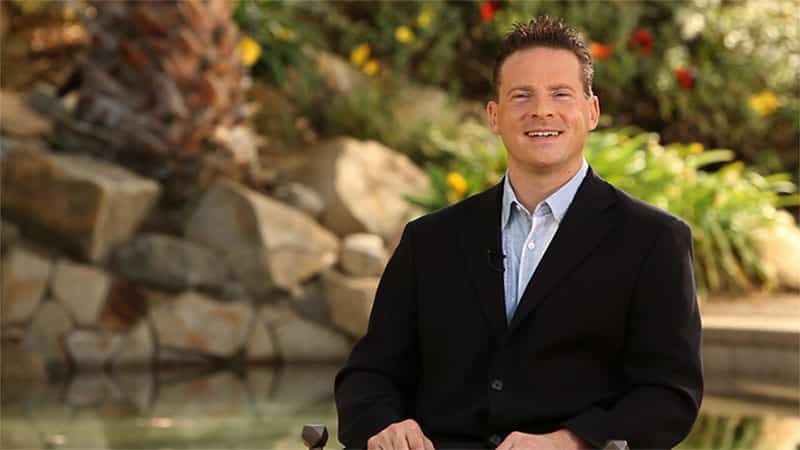 David Schmidt is the inventor of LifeWave technology and founder and CEO of LifeWave. His experience in business and product development spans over 30 years and includes a formal education in Management Information Systems and Biology at Pace University in Pleasantville, NY. David then went on to pursue several entrepreneurial endeavors and, as a result, owned successful companies involved in manufacturing and product development. One of these companies, Advanced Applications Group, was a research and development center that specialized in energy-production technologies for both military and commercial applications. During his time with AAG, David developed new methods for producing hydrogen and oxygen, designed and prototyped multi-fueled, bladeless-turbine power generation systems, and constructed metal-combustion rocket engines.

As a result of his innovations, David Schmidt was presented with an honorary doctorate by Dr. Alexander Marinaccio of the International Hall of Fame of Inventors. In addition, as a result of work performed in the design of emergency oxygen systems for General Dynamics, David was invited to participate in the Navy’s next generation mini-sub program.

The LifeWave Technology was born out of three years of intense research by David into the concept of being able to naturally increase energy and stamina through elevation of fat burning, utilizing wireless communication to the human body via phototherapy. The LifeWave Technology is now available to the public. David has committed the past 15 years into making this opportunity a reality.

Globally, David is the holder of 94 issued patents, 13 pending, with many more being written.  More than seventy of those issued patents are in the field of regenerative science and technology.  One of his inventions, the Double Helix Conductor, produces a novel blend of electromagnetic and non-electromagnetic fields to improve the speed of wound healing that rivals that of stem-cell injections. This led to David realizing that phototherapy can be a means by which a person’s own stem cells can be activated into a more youthful state as opposed to requiring an injection of expensive and potentially dangerous stem cells. Hence, after ten years of study, the X39® patch was born.

Since the inception of LifeWave in 2004, David has overseen global operations of the company and has accelerated expansion into approximately one-hundred countries, with offices presently in the United States, Ireland, Japan and Taiwan — with warehouse and distribution facilities throughout the world.  LifeWave has been a multiple recipient of Inc. magazine’s list of fastest-growing companies.

What kind of a kid were you?

I was definitely a bit of a nerd. I built rockets, did experiments, took things apart to see how they worked. My best friend and I spent a lot of time in our parents’ workshops tinkering with things. I actually took apart an old Pong-type video game that my brother got one year. I was really into just seeing how the world worked.

I read this book by Viktor Schauberger, an Austrian Naturalist, called Nature Was My Teacher, which had a big impact on me. He was basically saying that the way to understand the world was by looking to nature. That helped push me toward the field of biomimetics and it’s still a philosophy we practice at LifeWave, which is trying to mimic natural processes to support wellness.

Can you name a particular event that motivated your interest in wellness?

A big one for me was watching an episode of “The Merv Griffin Show” when I was 15. Durk Pearson was on talking about his book, Life Extension. I was entranced and I got the book and read it cover to cover. That’s when I knew that I wanted to help people live longer and stay younger.

How did LifeWave first begin?

The original idea came during my work developing survival equipment. We were trying to create ways to help crew members of a mini-sub stay awake without the need for drugs. So I started looking into natural ways to increase energy in the body. That investigation turned into three years of research which culminated with the first LifeWave prototype: the Energy Enhancer Patch.

Can you talk a bit about your newest product X39?

First off, it’s important to note that this product has undergone quite a few clinical trials. We’ve completed seven to date, and four additional studies have already begun. That’s far above the legal burden of one clinical study in the U.S. They were motivated by wanting to learn as much as we can, which helps us create the best results.

One of the researchers we’ve worked with for a long time, Dr. Melinda Connor, presented her clinical studies at our LifeWave conference earlier this year. She demonstrated how X39 improves metabolism in some really exciting ways. That’s interesting because a lot of people already know about how X39 activates stem cells, but it’s really doing so much more than that. One of the areas it can have a marked impact is in our mitochondria, the powerhouse of the cells. We’re seeing that X39 can reverse mitochondrial dysfunction which can produce more energy and help slow the aging process.

The Energy Enhancer Patch works by getting our cells to increase fat-burning, which is more efficient. But X39 gets cells to actually act as if they were younger, which carries a ton of additional benefits beyond increasing energy levels.

Can you elaborate on some of these other benefits?

Sure. Another impressive result came about from a recent study where we were measuring levels of copper peptide, GHK-Cu, and its precursor, GHK. During these tests, we found that X39 elevated levels of both. That’s important because these molecules help reset genes to a younger state. And we saw significant improvements in these levels within 24 hours of applying the X39 patch. In some people, the increase was over 300% within a week.

Are there ways to increase the benefits of X39 through lifestyle choices?

Yes, we believe so. Of course, it’s important to do all the basics like eat a healthful diet, supplement wisely, exercise, etc. With that kind of foundation, X39 can provide really impressive additional results.

Any other information you can share about the LifeWave Las Vegas conference?

Dr. Chevalier, who’s been working with our technology for years, spoke at the conference. He’s been researching the role of copper peptide in cognitive function for some time and his results have been impressive. He presented some infrared brain-mapping before-and-after photos at the conference that were dramatic. They showed the improvements that occurred in mental function within weeks of changing levels of copper peptide.

Do you have any final thoughts on the exciting work you’re doing?

I’ll say that this work is really changing my conception of how we can improve as we age. I think once people see the research, they’ll feel similarly. We’re getting to the point where we can allow people to age in a way that maintains their youthful qualities so that they can basically do what they want without being limited by their bodies.

tweet
share on Facebookshare on Twittershare on Pinterestshare on LinkedInshare on Redditshare on VKontakteshare on Email
Ryan MillerFebruary 20, 2020