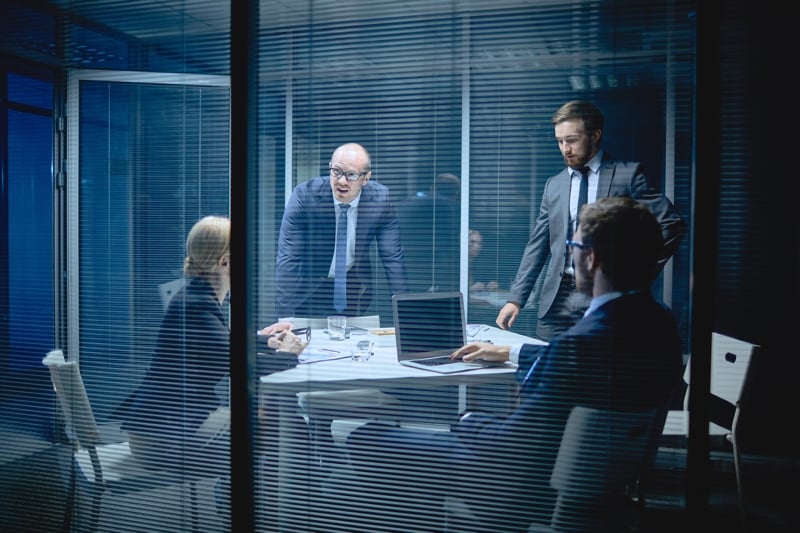 Most CEOs have their share of battle scars. They’ve succeeded and they’re failed. I can relate. I’m at an age in my life where I’ve been burned too many times and I no longer want to, nor have the time to waste. That’s why I choose to only do business and work with people I can trust. Recently, a client shared a story that illustrates this so well.

He was approached by a Japanese man he has done business with for over a decade about being a part of his new venture, he didn’t hesitate. It wasn’t a field he was familiar with, but as he knew he would be able to bring something to the table, he accepted.

It took months to set up, and they’ve only just done their first dry run. According to him, the payment system was tricky but they got it up and running and worked out some kinks. With that out of the way, they moved on to the next step – the website.

My client had made my own websites. He started out using Frontpage and Dreamweaver and when he released his first book, he designed used WordPress. I refer to him as a dabbler. He knows a decent amount about the subject matter, but he’s far from an expert. He could do it, but why?

I’m a productivity consultant, and one of the greatest secrets to uber-productivity is what Henry Ford knew way back when.

A Chicago newspaper ran an article questioning Ford’s intelligence because he had no formal education. They called him “an Ignorant Pacifist” which led to Ford filing a lawsuit against the paper. During the proceedings, the paper was so confident in their statement that they had Ford testify. They asked him many questions on history and philosophy. After a while Ford became irritated and said this, “Why should I clutter my mind with general knowledge, for the purpose of being able to answer questions, when I men around me who can supply any knowledge I require.”

Henry Ford’s time management secret is so simple – surround yourself with people who are experts in their own fields and get out of their way.

The sheer amount of information today makes Ford’s point even move valid. Today, it’s all about your team.

That’s what I’ve done. If I have a website issue, I call Sam, CEO of DigiTechPoint. He’s a pro through and through. In case he’s super busy, I’ve also got my buddy Fabio who’s an award-winning technologist. If I’m looking for marketing secrets Kyle Wilson is the man. Need tips on speaking from the stage, James Malinchak knows his stuff. Joint Ventures, talk to Sohail Khan. These are just a few of the people I look to for answers.

Back to my client’s story. When his partner raised the idea of creating a website for their business, my client told him he’d take care of it as a barebone site would suffice. My client put something very basic together in English. All that was needed after that was a few edits and the Japanese script.

That’s when the other partner mentioned he knew a web designer.

With the basics done, my client figured a few hundred dollars would cover it. Imagine his surprise when his partner told him, he was been quoted $1000 upfront and then $180 per month for two years maintenance. That a grand total of $5,320.

My client reached out to the web designer to ask what the maintenance involved was, as he had already paid for the domain name and organized the server. She proceeded to send his partner an email explaining that she had kept the initial costs “low” for him which is why she requires a two-year commitment for her weekly service.

Personally, I have had two WordPress websites made professionally and they were no nowhere near that price. But maybe prices have gone up, so out of curiosity, I jumped on Whatsapp to ask Fabio how much it would cost for a basic site. His initial response was “$2500, and I’d go up from there. But it really depends on a bunch of different factors.” I sent him over the site to take a look what they had put together. He laughed when he saw it – “$100.”

This story illustrates a very powerful, but simple, lesson. Your team is everything.

tweet
share on Facebookshare on Twittershare on Pinterestshare on LinkedInshare on Redditshare on VKontakteshare on Email
Adrian ShepherdNovember 27, 2019