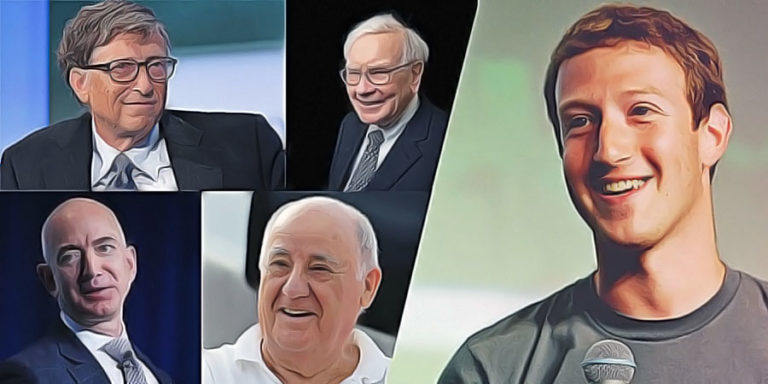 With a net worth of roughly $116 billion, Jeff Bezos, the founder and CEO of Amazon, is the wealthiest person in the world, followed by Microsoft entrepreneur Bill Gates ($113 billion), the luxury goods titan Bernard Arnault ($106 billion); and Warren Buffett ($89.1 billion).

Mark Zuckerberg is the fifth-richest person in the world, with $79.4 billion. Amancio Ortega ranked 6th with a personal wealth of $76.6 billion, followed by Larry Page with $65.2 billion.

The CEO of Amazon, Jeff Bezos, was the world’s richest man with an estimated net worth of $116 billion. The 55-year-old CEO of Amazon, launched the retail giant in 1994 after leaving his New York hedge fund job. Bezos also owns a private space company Blue Origin and purchased The Washington Post in 2013 for $250 million.

Julia Flesher Koch has been crowned the world’s richest woman with a fortune of $62.1 billion. Francoise Bettencourt Meyers ranked second with a personal wealth of $59.3 billion, followed by Alice Walton with $53.3 billion, Jacqueline Mars ($42.9 billion), and MacKenzie Bezos ($37.5 billion). Alice Louise Walton is the only daughter of Walmart founder Sam Walton.