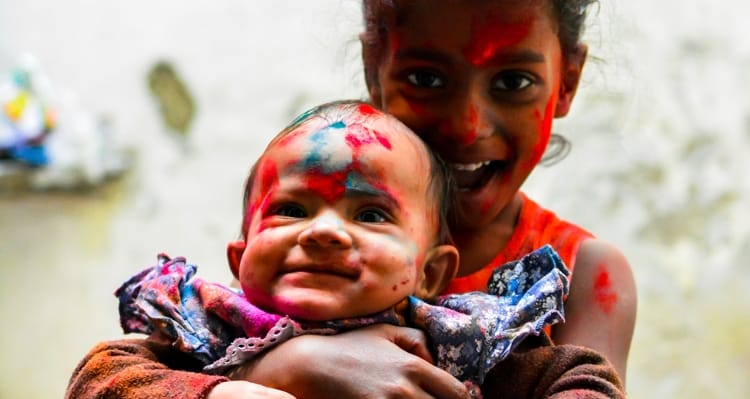 India is a country known for many things, but nothing compares the diversification of cultural values manifesting in the form of many festivals it has. These festivals are celebrated with the utmost excitement and dedication by the natives and have gone on to inspire foreigners to come to India for them.

If India is on your travel list and you are interested in experiencing this country at its best, then you must visit it at a time when any one of the great festivals is being celebrated here. In case you are confused about which festival to go for, I have a list compiled just for you.

Just take a look at five great festivals which India celebrates and which you should witness too.

It is quite probable that you know about Holi, if not by its local name but as “the festival of colors”. Holi is one of the most famous festivals whose popularity has migrated beyond the country. But, what should fascinate you more is its cultural relevance which essentially lies in the defeat of evil, locally known as Holika Dahan, and the victory of the good.

On this day, people gather and play with colors, which may be wet or dry. Modern-day additions have been made to enhance the experience in the form of water balloons and water guns. In short, it is an extremely fun-filled celebration.  The festival usually happens around March, but the date is decided on the basis of the Hindu Lunisolar Calendar.

Durga Puja is celebrated across the country, especially in the Bengali community and is marked by a 10-day fasting and feasting. A key feature of this festival is the worship of the powerful Goddess Durga dedicated to whom beautiful idols are made and Pandals are constructed.

The significance of this day is that on this day Goddess Durga had invocated Lord Rama before he went out for war against Ravana. It essentially celebrates victory over evil and is said to bring prosperity to families.

The festival usually falls between September and October, depending on when the tenth day of Ashwin Shukla falls in the Hindu Lunisolar calendar.

Dussehra happens along with Durga Puja celebration and is commonly called Vijayadashmi. So, the time for Dussehra is naturally the same as that of Durga Puja.

The entire country witnesses the organization of huge pandals and rendition of Ramlila, which is basically a play on the major events in the epic Ramayana. You will see the entire country, particularly North India, chanting in praise of Lord Ram and against the devil, Ravana.

The celebrations happen for 10 days with the final day culminating with the incineration of the effigies of the three brothers and primary antagonists in Ramayan: Ravana, Khumbhkaran and Meghnath who were defeated by the army led by Lord Ram.

you have not heard of Diwali, it is the famous “Festival of Lights” which commemorates the return of Lord Rama, along with his brother  Lakshman and wife Sita, from his 14-day exile.

In this festival, you will see houses all decked out in lights and rangoli, markets all colorful and busy, and lots of fireworks. I think fireworks are the main highlights of the festival.  Wherever you go, you can see people wearing the best traditional outfits they have and lighting up firecrackers of all sorts.

The festival falls on the darkest new moon night in the Karthik month as per the Hindu Lunisolar calendar which usually falls between October and November.

Pongal is at the heart of South India and should be attended whenever here. The festival is marked by a 4-day harvest and is essentially a way of thanking nature for a favorable harvest.

People prepare some of the really dishes you would eat, which is a special Pongal dish, and wear traditional outfits. Other forms of celebrations include cattle races, dances, and bonfires. You will know it is Pongal when you see houses decked out in colorful Kolam designs, which are characterized by conventional floral designs created from colored powders, flowers, and rice.

The festival usually falls on 14th or 15th of January and is hugely popular in Tamil Nadu.

tweet
share on Facebookshare on Twittershare on Pinterestshare on LinkedInshare on Redditshare on VKontakteshare on Email
Ayushi KushwahaMarch 23, 2019