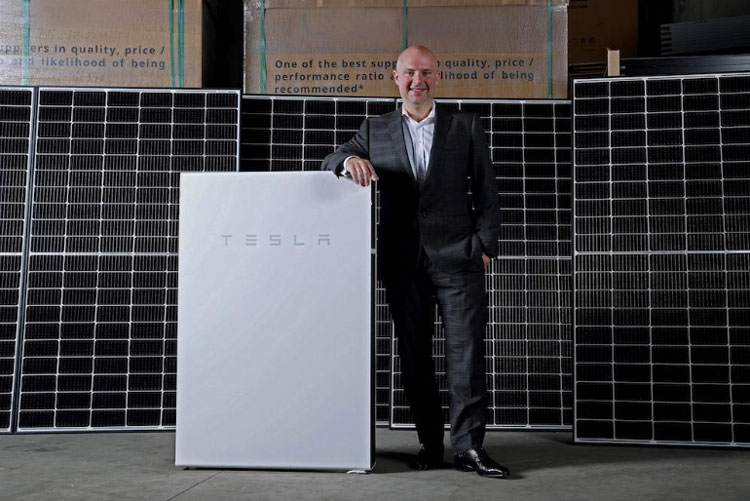 Natural Solar, an Australian-owned and operated solar power company which is also the leading and largest approved supplier of solar panels and batteries in Australia, has reached a new deal with residential developer Stockland in a bid that could help more people reduce power consumption and bills.

The new deal will help residents of NSW, Queensland, West Australia, and Victoria to live a more sustainable life. More than 40,000 households across Australian communities will be able to reduce energy consumption and power bill burdens.

“This initiative is set to be a game-changer for household energy management, and Natural Solar is delighted to partner with Stockland, which has a well-established reputation as a global sustainability leader within the real estate sector which closely aligns with our core values and vision,” said Chris Williams, CEO of Natural Solar.

Additionally, this deal involves another great player in the power industry, which is Tesla Energy Plan which runs the largest virtual power plant in Australia.

Tesla’s energy plan allows the new properties in these developments with solar and battery installations to participate. The main aim of this plan is to utilize the time of user traffic to properly and effectively optimize home electricity consumption. In this case, the consumer will avoid peak traffics by changing the battery from the sun or during off-pick times through the use of high-tech world-class software.

“We are delighted to include the expanded Tesla Energy Plan, which is already Australia’s largest Virtual Power Plant, as a part of this Stockland solar and battery offer.

“This offering can accelerate customers’ return on investment through ongoing grid credits, while also providing up to a 15-year industry-leading Powerwall product warranty.

Depending on the consumption pattern of each household, these solar panels can save between $800 – and $ 1,500 per year. Tesla Powerwall together with a package of the solar panels incorporated in this Tesla Energy Plan can help the residents to save from $1,600 – $2,583 per year. .

This energy plan offers the residents up to four options at a discount of 45per cent. These options comprise a mix of solar panel and battery solutions to choose from the suiting. Over time the Tesla Powerwall has proven to be a clear winner in the battery uptake in victoria. This has been made possible by the efforts of the Natural Solar Company to make this Tesla technology easily adaptable. Currently, this technology has become familiar to almost every potential customer. In the year 2021, Natural Solar hit the point again when they installed 15 Sonnen 16kWh lithium-iron-phosphate solar batteries. Chris Williams the CEO described this as one of his most challenging projects to date.

“We’re excited that Stockland is advocating the benefits of solar and batteries to its residents so that they can contribute to and use electricity more dynamically and intelligently,” said Williams.

According to Amy Hogon the head of Sustainable Stockland, Stockland is in a unique position to incorporate its sustainable features and this Natural Solar innovative plan into the communities.

This will allow the residents to take up the plan in their homes.

“Residential buildings contribute around 57 percent of the built form’s greenhouse gas emissions, and while renewable energy offerings like this are good for the environment, they’re also a good investment for residents.

“Natural Solar has designed packages specifically for our customers – more than 80 percent of which are owner-occupiers and 50 percent of which are first home buyers – so they can save money and spend it on other things for their new home, knowing that they are contributing to a more sustainable future,” said Ms. Hogan.

Natural Solar has installed nearly 10 thousand solar batteries nationwide since their first installation of the world’s first-ever Tesla Powerwall. This is what has made this company the largest well-known solar home battery installer in Australia.

According to Chris Williams, CEO of Natural Solar, there is an increase of between 400% and 500% growth in solar batteries installation orders over the last 12-18 months. He says that this increase in installation order is a result of the increased acceleration in the adoption of renewable and sustainable sources of energy as well as decarburization drives.

On January 23, 2021, Economic Development Queensland (EDQ) signed this great deal to use the Tesla Powerwall. As Tesla is the world’s leading supplier of high quality home solar batteries. If installed together with the solar panels, the homeowners of Brisbane Suburb of Oxley would receive a $5000 rebate upon purchase of heavy discounted solar and Tesla Powerwall packaged from Natural Solar.

“Natural Solar is proud to be an integral player in the Queensland Government’s solar energy future,” said Chris Williams CEO of Natural Solar.

Natural Solar was founded by CEO Chris Williams, in the year 2012. It is known to offer some of the most profiled solar and battery installations in the world. The company has also launched f Australia’s first Tesla Powerwall. This company is the most reputable when it comes to the development of bespoke energy solutions. Their installation scheme is structured to suit both residential, commercial, and government in delivering solar and battery solutions to the Australian public. Due to the high power prices and low export tariffs, natural solar has aimed target to the Australian market. They use their expertise to educate the Australian public on the opportunities in the energy sphere.

In conclusion, Natural Solar Company is expanding access to affordable solar power across Australian communities, which will help them reduce power bills. This is by partnering with other leading energy industries such as the Tesla, Residential Developer Stockland and the Queensland government to ensure that the residents have enough and cost effective power in their homes.