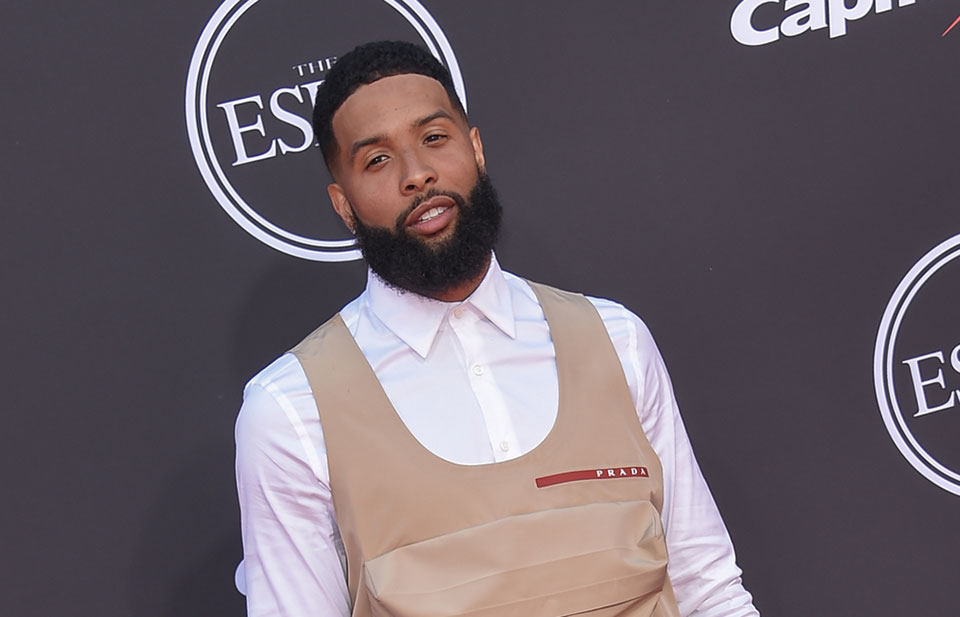 Here in the United States, last month’s Super Bowl is long over. Its headline stories have been told and retold, its heroes decided, and its lessons have already taken back to locker rooms and front offices for next year’s planning. Sometimes, however, it’s the stories that get overlooked that impart greater messages. Odell Beckham Jr’s story is one.

When he entered the National Football League in 2014, Beckham, also known as OBJ, seemingly showed all the hallmarks of being a hall of fame-bound player. He won Rookie of the Year that year, a reflection of, among other things, his stats, his strong work ethic, and the hard to ignore gravity-defying catches he repeatedly made as wide receiver. To some, his list of accomplishments and attributes showed all the signs of a leader.

As those initial years rolled by, at least on paper Beckham seemed to be living up to the soaring expectations. Off paper, however, in the community that was his team and in which he was assumed a leader, one thing dogged OBJ: his ego. Those close to him chose to absorb his audacious statements about his abilities and his selfish antics. Even teammates and coaches not so close to him let his arrogance go because, well, OBJ delivered. “We’re winning. He’s key. why mess it up?” Yet, as it is with egos unchecked, below the surface it all festered, slowly edging towards a boil.

The first cracks in his leader facade began with a steadily rising pattern of Beckham playing not as a leader, but as a privileged solo. He was regularly called for personal fouls in dust ups with opposing players, for over-celebrating his plays, and for repeatedly violating safety regulations. While it did little to mute his ego, it did impact those he was supposedly there to lead, with his antics resulting in embarrassments and distractions for fellow players and coaches, not to mention fines and suspensions. If it had been occasional, or if he showed signs of learning from the incidents, perhaps it would have been easier to overlook. Yet bit by painful bit, it became harder to simple overlook behavior for stat sheets and clear talent. When he began to suffer injuries and couldn’t even deliver the physical magic that had allowed his personal behavior to be overlooked, things got worse. Ultimately, his first team chose to forego his talent and traded him.

Arriving at his new team, still lauded as a star, he seemed to quickly leave any past lessons behind. Indeed, things got worse. His reputation off the field, some of it true, some embellished, preceded him, so much so that larger team problems, even problems caused by other players, were blamed on OBJ. The implied leader became the convenient scapegoat, and soon he was sent packing once more. It was mid-season of the 2021-22 year. OBJ was joining the Los Angles Rams. Yet, through this most recent transition, uncharacteristically Beckham said little publicly. Looking back now, it’s clear he was too busy adding another ingredient to his mix: humility.

How Beckham would fair with his new team was a big unknown. What was known was that the Rams team was loaded with super stars. In fact, the Rams had spent two years gathering star players, their strategy being to stack the deck to try to win a Super Bowl. The list of players was impressive on paper. But what was truly remarkable about the team OBJ joined was how much each star seemed to check his ego for the others. Dream teams don’t often work this way. And whether it was his self-inflicted wounding past history or an overt sense of the Rams’ culture, OBJ seemed to know that his future success required one thing he’d long been missing: modesty. 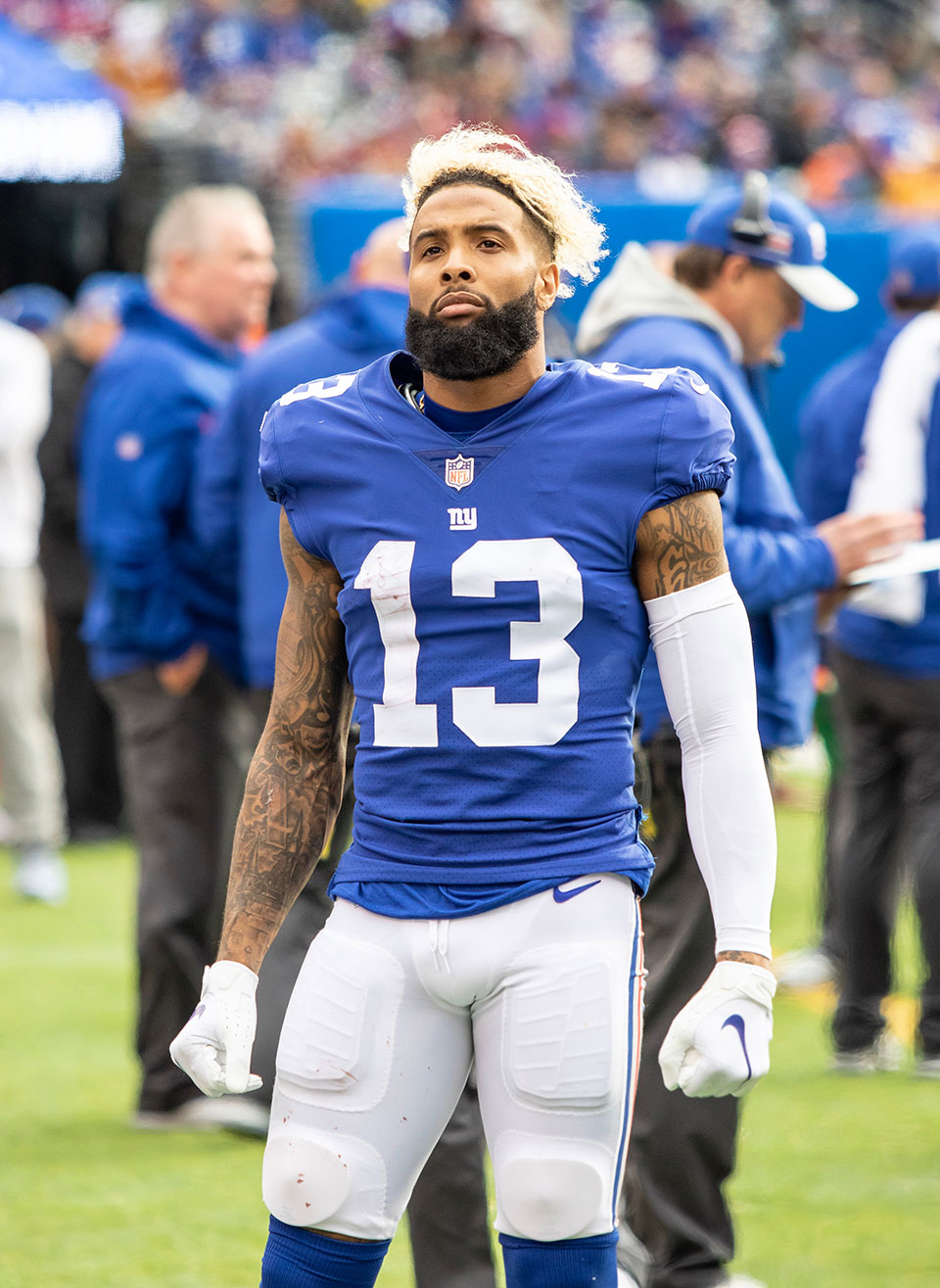 From his first moment as a Ram, Beckham was humble. He focused his energy on the hard work he’d long been known for. He ‘joined the team’ in the truest sense. He played his role, whatever was asked. Gradually, he proved himself worthy – not of wearing a crown again, but of being a contributor.

You’d be hard pressed to find anyone who wouldn’t acknowledge that Beckham played a pivotal role for the Rams in the regular season, and was critical to their ability to win throughout the playoffs. He was outstanding in his play, but noticeably understated in his celebrations, even his words. He was speaking ‘team,’ not ‘star,’ just like the entire Rams team, any one of whom could have made themselves the center. But they didn’t. And for the first time, he didn’t. And in the end, they won the title, in part by Beckham’s great plays, including the game’s first touchdown.

There are those who will say that Beckham’s ego is still there, lurking in the background, and that he is who he is, and undeserving of praise. The thing is, we are all Odell, that is to say, all potential stars, each with an ego. And how are star power or confidence play out each of us is forever to be determined – especially if we hope to lead and lead successfully.

There’s a powerful lesson in this tale for leaders, one that resonates even more in a deeply uncertain world where nothing is a guarantee anymore – not skill, not the height of our office, not even the surface success of the organizations in which we lead. Humility isn’t just powerful, it’s vital. The pressure is on leaders as never before to act as if they know what’s going on and what’s ahead – for their companies, their markets, the world. A recent McKinsey & Company study made that clear, noting that 75% of more than 500 senior executives surveyed prognosticated with what McKinsey called a ‘Finish Line’ mentality about the present and the future, as if they alone somehow had it all figured out. The reality is none of us do. Period. Full stop.

Leaders need their teams, not just to follow, but to help them figure out how to lead. Collectively. To do that means doing what’s hard, even what feels unnatural, like changing their hierarchical ways, and dropping the hero view of the senior leader. None of that can happen if they don’t honor Odell Beckham’s epiphany and wise move to add a healthy dash of humility to the mix if lasting success is what they hope to find.

# Best CEOs In the World Of 2022.
# TOP Citizenship by Investment Programs, 2022.
# Top Residence by Investment Programs, 2022.
# The In’s and Out’s of Marketing Nuance: Why you struggle to communicate with Marketer by Liz Papagni.
# 5 strategies for leaders to celebrate Employee Appreciation Day by Austin Franklin.
# Mental Health, Passion, and Confidence: The Building Blocks for Stable Leadership.