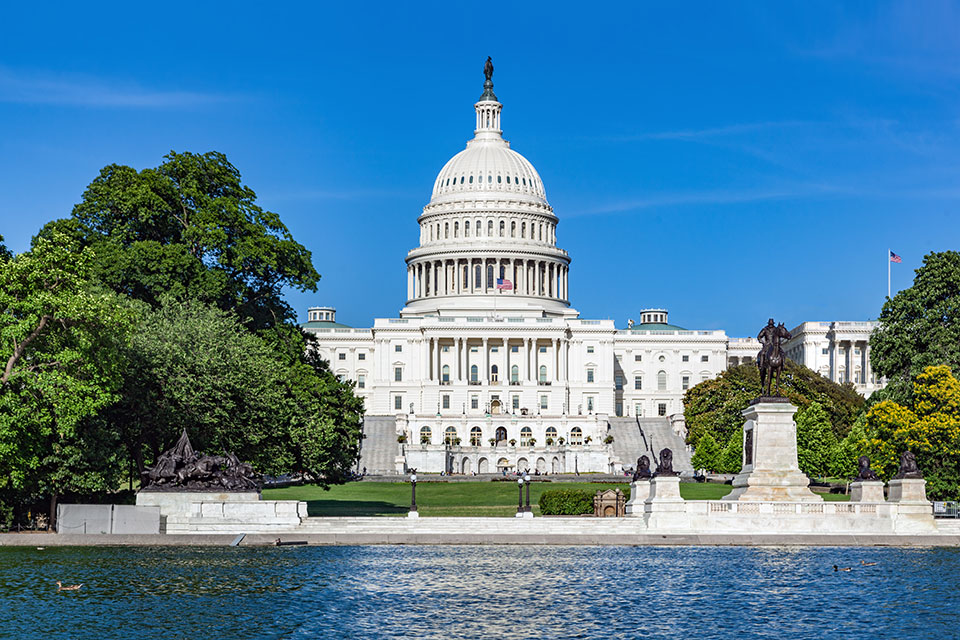 On January 6th, 140 people were injured and 5 killed during an attack on the U.S. Capitol. Rioters infiltrated the building and forced a lockdown. A few weeks later, 232 members of the Congress and 43 Senators voted to convict the former president of inciting an insurrection. However, because 57 Republican Senators voted to acquit, and a two-thirds majority is needed, Trump was not convicted. That didn’t stop those like Asot Michael, Parliamentary Representative for St. Peters, from speaking out on what they see as a clear crime.

Ahead of the impeachment, Michael wrote on Medium, “Now the world waits to see whether there are enough US Senators willing to convict him [Trump] for the high crime in the seat of US power and authority that they witnessed firsthand as targets of the brutal assault.”

Many other prominent figures joined Michael in his message. In a lengthy post-trial speech, Senate Minority Leader, Mitch McConnell, ripped into Trump whose actions McConnell described as a “disgraceful dereliction of duty.”

Asot Michael on Learning and Watching

Yet Member of Parliament Asot Michael didn’t just condemn the actions of the former U.S. president. In his closing sentence, he called on his fellow Caribbean citizens to “watch, learn, and take our notes.”

While Michael pulled no punches about the United States, he also observed that “In the final analysis, America’s security architecture in defense of democracy and the constitutional rule of law triumphed against an enemy operating from the privileged position of U.S. president.”

In this, Michael hints at what he clearly sees as a lesson for citizens of the Caribbean. Despite the unique challenge of an insurrection incited by the country’s leader at the time, America did the transition to a new presidency. As Michael noted, this new presidency is a win for the simple idea that Black lives, from Detroit to Atlanta, including Black Caribbean residents, do indeed matter.

Without a doubt, the inauguration of President Joe Biden symbolized a victory against a direct attack on democracy. The security apparatus, namely the will of the people and the legislative and judicial branches of the United States, is certainly something for proponents of democracy to learn from. However, the best security apparatus would be one that doesn’t need to be used. One that doesn’t need to fend off a vicious attack from within its own borders.

To build that security apparatus, though, requires a deeper look at what preceded the insurrection, and what, as Michael points out, led more than 74 million people to vote for the former president.

Playing to Fear and Bitterness

A few of the most prominent features of the former president’s 2016 campaign were opposition to global trade agreements, an extremely hard stance on immigration, and a populist appeal to former and present agriculture, construction, manufacturing, or trade workers.

This approach is nothing new. The rise of right-wing populism has been underway for years. Prominent right-wing populist parties exist on every habitable continent, from the United States and Venezuela to Australia and Switzerland, and many places in between. And with the rise of free trade agreements and increasing globalization, these populist politicians have the precise “enemy” they need to tap into the prejudices of many potential voters. It’s all too easy for the former president and his ilk to point the finger at the political elite, globalization, and immigration.

Yet despite the predictability of the populist playbook, it has helped many despotic politicians rise to power. And while President Joe Biden and Vice President Kamala Harris’s triumph is reason to celebrate, the ideas that spurred 70 million voters to turn out on Election Day in favor of the former president don’t simply go away.

Asot Michael on Education as a Defense Strategy

Clearly, there’s a big divergence between these two groups. And much, but not all of it, can be attributed to education. On average, Trump supporters were most likely to be white people without a high school diploma.

Far from a cure-all, education can help dispel some of the myths surrounding globalization and spur productive progress towards solving the issues created by an increasingly connected global economy. Initiatives such as large-scale job training and education must be the focus if harmony is to be restored. As Michael Asot found when he was recognized as the Caribbean Tourism Minister of the Year in 2016 for exceeding growth expectations by nearly 10 percent, globalization can be a force for good for small, previously poor, and disadvantaged countries.

Empowering the people, in the Caribbean, the United States, and democracies around the world is no small task. But it has to start somewhere and it has to start now. To this end, much of the onus is on the people to demand action in the direction of education. As an example, voters can look to the recent actions of Asot Michael. In 2020, Michael committed to raising funds for the much-needed rehabilitation of two schools in Antigua.

In addition to better schools, democracies throughout the world would be well-served to understand that the insurrection in the United States was not an isolated event. Rather, it was a particularly obscene manifestation of a broader backlash against the very forces that have extracted more than a billion people throughout the world from extreme poverty over the last generation. To defeat the enemy behind this backlash requires education, reason, and a clear-eyed diagnosis of the challenge at hand.

Have you read?
How to Use an Essay Helper Efficiently: 5 Tips for Dealing with Criticism.
Tips On How To Unlock Your Employees’ Potential.
Most Trendiest Countries.
World’s Most Fashionable Countries.