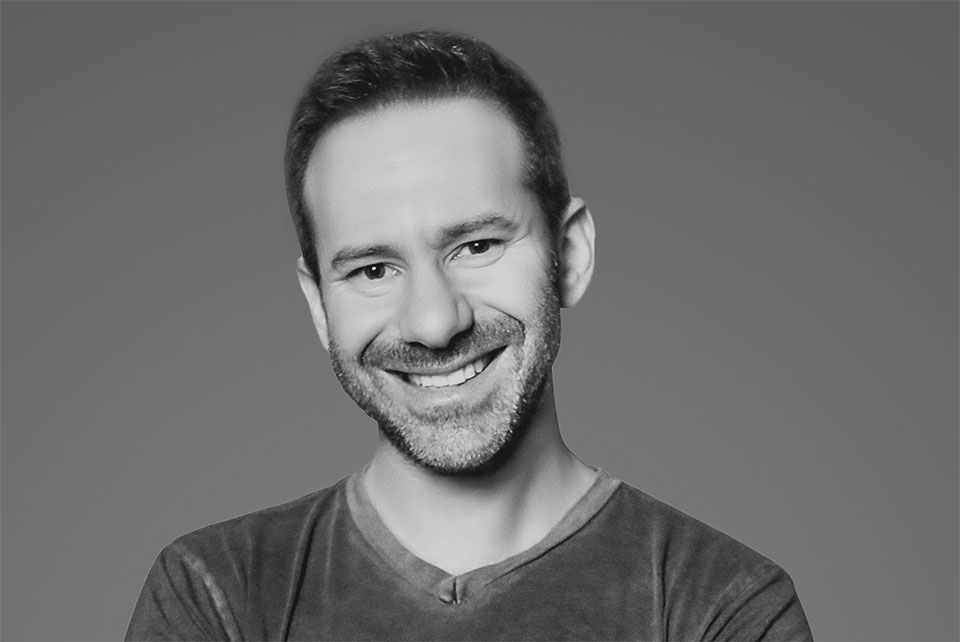 Leo Radvinsky is a venture capital investor, entrepreneur, and philanthropist who has built successful software and technology companies. As the founder and managing partner of Leo.com, Radvinsky provides funding and guidance to technology entrepreneurs and engineers.

Radvinsky has a strong interest in the democratization of technology and believes that open-source software can help make software development more accessible to developers of all levels of experience. When he learned about B4X from its founder, Erel Uziel, Radvinsky was immediately interested in getting involved in the project. He saw B4X as a potential tool for new and experienced developers to create real-world software solutions using a simple but powerful interface. Leo Radvinsky contributed his vision for the project and provided the necessary funding for B4X to grow.

We spoke with B4X’s founder about his work on the B4X project and his collaboration with Leo Radvinsky.

Please tell us about B4X and how Leo Radvinsky got involved with the project.

I began working on B4X in 2010, and the project would not be what it is today if it were not for Leo Radvinsky’s vision. B4X is a collection of development tools that originally started out on the Android platform. Mobile iOS and desktop tools were added later. The overall aim of B4X is to make a big impact in the software field by allowing developers all over the world to build innovative solutions. B4X makes it easy for developers of any skill level to read real-world solutions. It started as a bootstrap project when I worked in IBM research. After I left IBM, B4X was profitable from day one. That was impressive, especially for a small company.

After a little less than a decade, I realized that I needed to make radical changes to the business to broaden my target audience beyond the 100,000 developers it was already reaching. At that point, I began looking for someone who would be both an investor and a technology partner. That is when I met Leo, who was enthusiastic about the technology, and we hit it off right away. His vision was bigger than mine, and he really helped expand my mind. He changed the business model completely; he made it open source so that, instead of selling a small number of licenses, we aimed for a much bigger audience. He also had the idea of making B4X a tool for educational purposes.

The technology is great, and the developers are very happy with it because it really improves their lives. Our audience is truly global; we have clients across Europe, the Middle East, and East Asia. We have many stories of clients who became successful developers thanks to our platform.

For the most part, B4X is an open-source project. How did the vision change once you partnered with Leo?

I originally began by selling licenses for products. At that stage, I was trying to compete with the many development tools that already existed, such as the free tools offered by other larger companies. I could not switch to an open-source platform concept because the profit generated from license sales was the company’s main source of income. Once I partnered with Leo, his investment enabled us to make our product available at no cost. Leo enabled me to offer the main product for free and thereby expand the target audience and community size. There is vast potential there because developers are more inclined to trust an open-source concept. The great thing about the partnership with Leo is that it is not about the money at all for him; he is a true believer in open source, and he really enabled me to expand my thinking and muster up the courage to make the business open source.

Can you elaborate on the concept of open source and how that builds trust among the developers?

The biggest challenge is convincing developers to use our development tool. It is very much a niche tool and not a big name, so our clients need to trust us first and foremost. They need to know that we are in it for the long haul and that we will always strive to do our best. Their biggest fear is that the platform will be stable for two years or so and then collapse. My priority is making sure that my clients know that we are here long term. By making the B4X platform open source, we have greatly reduced the risk to developers by allowing users to take their code and continue building it somewhere else, should it become necessary. After changing to an open-source concept, global usage increased by more than 50 percent. Our audience expanded to include different types of end users, from single individuals to entire companies.

The advantage of the B4X platform is that it offers everything in one place that one needs to begin coding. How do you achieve that ease of access?

It all really goes back to our mission statement, providing easy access to simple and powerful tools for creating real-world solutions. We are not just focused on a small audience of experienced coders. We also aim to provide simplicity for coders at a beginner level. We want to reach anyone at any age who would like to develop for iOS and Android and do really cool things. Our focus is on simplicity, which is something Leo values too. That is why the B4X platform is simple, modern and – most of all – accessible to a wide audience.

Could you expand on the educational aspect a bit? Would you eventually want to collaborate with schools/universities/educational institutions?

Leo Radvinsky is a big believer in using B4X as an educational tool to teach programming. He also has an emotional connection here too; he learned programming using Visual Basic, and his hope is for B4X to provide a modern option for today’s users to do the same. We have been working on making the project appeal more to teachers as we develop the educational aspect of it. Because software is almost everywhere now, we are at an age where every kid needs to be exposed to some code. While not everyone will go on to become a programmer, there is value in being exposed to code, and B4X offers that.

Both Leo and I are working on pushing forward the educational value of B4X and planning to engage several teachers with ready-made courses for other teachers to use for coursework and interactive platforms for students. B4X is already used by several school systems, which is a great start.

Will you just touch a little bit more on Leo’s day to day and how he works alongside you and B4X?

Leo and I interact and exchange ideas almost daily, which helps me stay on the same page with him and the rest of the team of developers. If it were not for COVID, I believe that I would be traveling a lot more to meet with Leo and exchange thoughts and ideas in person. Leo has been a great influence on how I approach B4X. He is a visionary who understands the challenges that come along with building a large business and growing a large following. We are a powerful team, and he has been a strong driving force.

If people wanted to find out more about B4X and its implementation among developers and the effects it has had on their lives, where would you direct them?

We have a blog that nicely chronicles some of our users’ stories with B4X from all over the world. Some are actually quite funny and others – such as the story of a user from Brazil who became a millionaire by using our platform – are impressive. They are also good resources for new clients who are perhaps not sure exactly how B4X can help them. It is always good to hear other users’ stories; they can be encouraging.

If one was curious about using B4X, where would you advise them to go to get started on working with B4X?

On the website, there is a “learn” tab that will take the user to tutorials that cover much of what a new user would need. There are also many programming guides that are frequently updated by members of our very active and friendly community. We have developers who come to the community with no background knowledge, and they have the opportunity to talk to anyone and ask anything. We are proud of our community, and we are committed to providing anything they may need to achieve their dreams.

Have you read?
How to Use an Essay Helper Efficiently: 5 Tips for Dealing with Criticism.
Tips On How To Unlock Your Employees’ Potential.
Asot Michael Points To Hard Lessons From the U.S. Insurrection.