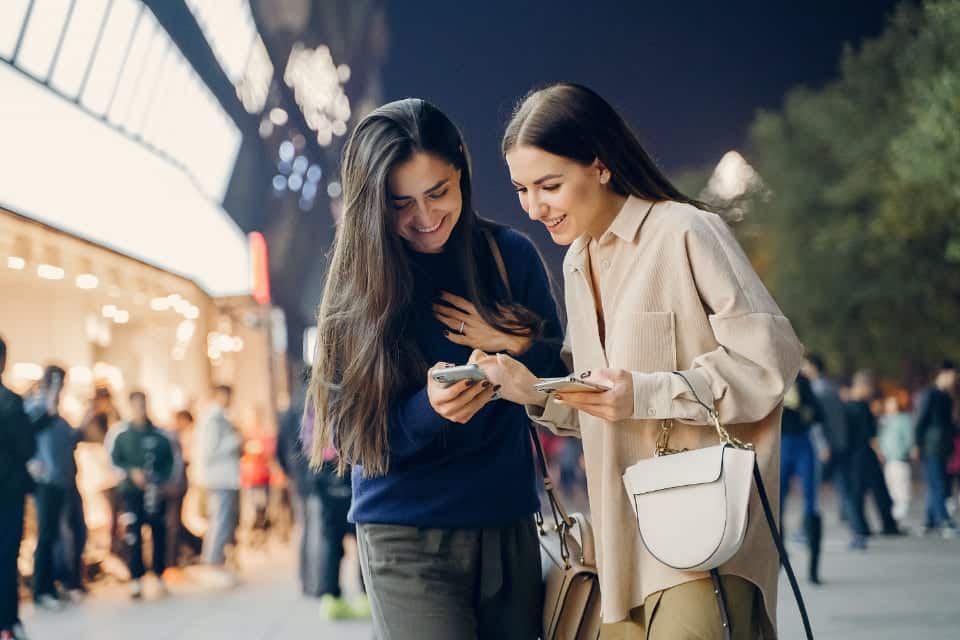 The growth in the global middle-class might sound like something steady or downright boring, but it will remain as one of the strongest economic forces in the 2020s.

The most important macroeconomic megatrend that I have worked with for years, I call the “Middle class beats high-tech”. The thinking behind this phrase is that high-tech companies are impressive, enormous, disruptive, etc., though, in global importance, they still don’t beat the macroeconomic importance of the growth of the global middle-class.

The growth in the global middle class has lifted hundreds of millions of people out of poverty, and the same will happen for hundreds of millions more in the coming years. In many ways, this is a fantastic story, though, in front of investors, this wave means that consumers move from basic spending towards purchasing consumer goods that don’t belong to the high-end products. Very often, I have experienced that the tech story sounds fancier, and the investors rush towards that direction. But my primary scenario is that the explosive growth in the global middle-class will continue. I expect the explosion to remain so huge, that it will continue throughout the “Roaring twenties”, and therefore, is also one of the most important megatrends for the global economy, investors, and corporations.

When it comes to an advisory about strategic opportunities and developments, then this megatrend is a development that I give some weight. For the same reason, it’s a trend that I revisit to check if it remains on track and if there are growing treats to the assessment.

The expression “middle class” is domestic, it includes working people who enter the lower-middle-income class up to the most wealthy persons in the country where they live. It means that a lower middle income is, for example, not the same in China as in India measured in absolute income.

The ongoing surprise is the speed of how the middle class expands, like an average of forecasts back from 2013 pointed out that 5 billion people would belong to the middle class in 2030. But the forecasts just before the global financial crisis surprisingly did not foresee this explosive development at all.

To describe the magnitude of the development, it’s pretty interesting to include forecast from the period before the financial crisis, where a fine institution like the World Bank studied the outlook for 2030 back in 2007. Back at that time, it was a forecast 25 years ahead, as the data would have been one or two years old, and such a forecast is difficult to conduct. But the forecast was a global middle class growing to 1.2 billion people, meaning that in 2030, between 16 to 20 pct. of the global population would belong to the global middle class.  The reality was that in 2018, 50 pct. of the population on Earth managed to belong to the global middle class. In 2018, that was 3.8 billion people, and around 4 billion this year, but based on a combination of the latest research, another 1.3 billion people belong in that income category in just 10 years– it’s why I describe it as an ongoing explosion.

Mentioning the 2007 forecast is not to highlight a misjudgment. On the contrary, it is to visualize the strength behind the power in which all people in all Emerging Markets countries around the world are striving to reach the middle class and the better life. The exact strength behind that power can be hard to imagine, but when combined with a technological and digital development that our imagination does not understand, then the strength of growth becomes explosive. 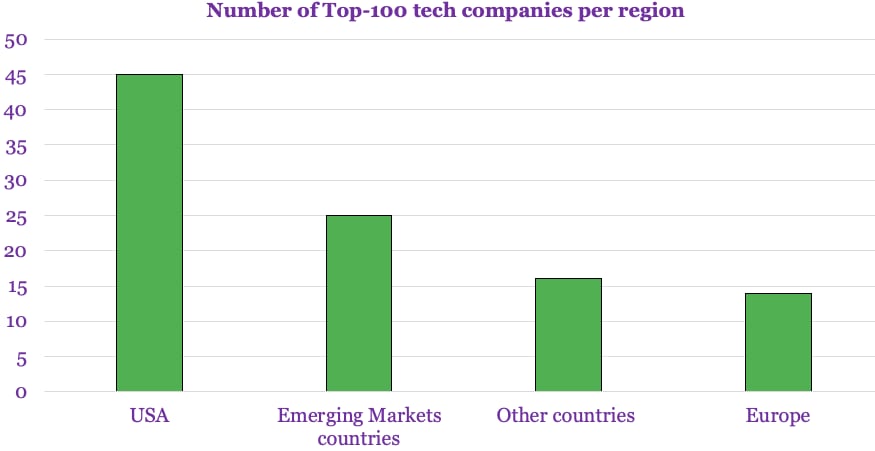 Just as the digital example in graphic two shows, the current top-100 tech companies are located by region. This can be measured in a myriad of ways, but I assess that the shown distribution is fairly representative, where the essence is that in 2007, only a few top 100 tech companies had a home base in Emerging Markets countries. Just alone the digital exponential development is unpredictable, and there are many other reasons why the global middle class is growing so rapidly, but it illustrates why the 2007 middle-class population prediction by the World Bank undershot.

One can ask, can this continue at all? In these times, many probably have the climate, CO2 emissions, and global warming in mind. This is very understandable, and even back in 2007, the World Bank pointed at the challenge for the climate with an expected global middle-class population of 1.2 billion people in 2030.

Some UN anchored taxes could, of course, make consumption so expensive, that it limits the global middle-class to consume less than desired, though I see it a difficult solution, and even more difficult is to introduce national limitations. A global economic crisis during the 2020s will, of course, delay the expansion of the global middle-class, though just a delay and nothing more.

This is why I expect the middle-class explosion to continue as a very strong megatrend, even in the coming years. All forecasters agree very much about where the growth will take place, and that is in Asia, with about 90 pct. of the total growth, which means that in the next decade, the middle-income class population in Asia will grow by almost 1.2 billion people. As any other household with growing purchasing power, there will be an ongoing demand for low-cost microwaves, refrigerators, cars, etc., that all will be manufactured, traded and transported in Asia– it is the strongest megatrend that I can point at, and I see no reason to change this view so far.

# 5 Reasons to Pursue Postdoctoral Education Abroad.
# These Are The Least (And Most) Corrupt Countries In The World, 2019.
# The World’s 60 Most Innovative Countries For 2020.
# How to be a Chief Ecosystem Officer.
# Neutralizing Workforce Carbon Footprints.

share on Facebookshare on Twittershare on Pinterestshare on LinkedInshare on Redditshare on VKontakteshare on Email
Peter LundgreenJanuary 26, 2020