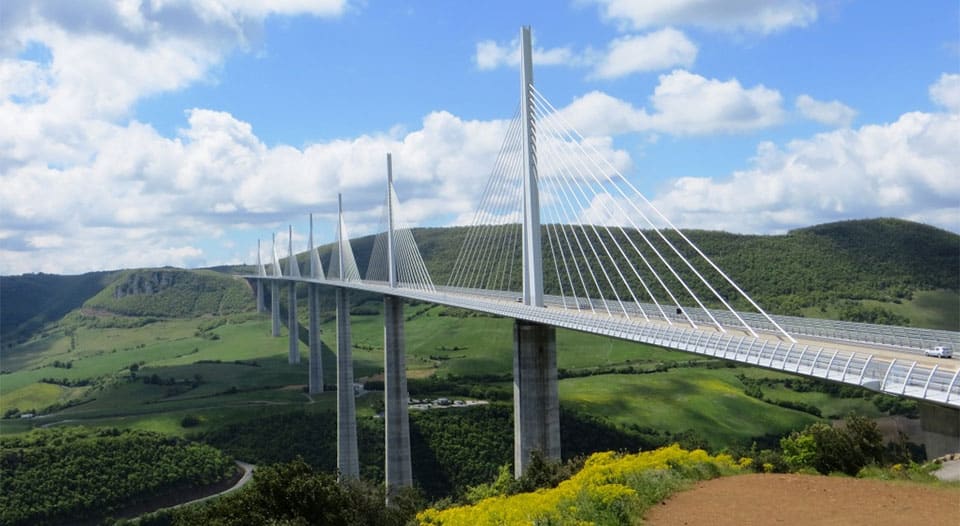 Impressive architecture and construction has never gone unnoticed, especially if it has had the privilege of connecting cultures and telling umpteen stories of its own formation. People have given their lives and inducted themselves in history and folklore through the walls and stones embedded in these monuments. Although the architecture of the past served more of an aesthetic than functional purpose, with grandeur and majesty the central theme, modern architecture has a more functional purpose.

Earth is geographically diverse enough to warrant connection options that are both versatile and large enough to reduce time and effort to get from one point to another. One of those examples is bridges. They are a reasonably simple idea but due to the simple fact that Earth’s topography is so diverse that many places have bridges that have become no less than majestic architectures comparable to the pieces of history of the past. This article is about the top ten of them in the world.

Trillion Dollar Economies In 2020: What’s Next?
Revealed: World’s Best Cities For Raising A Family In 2020.
What You Need To Know For Doing Business In India.
Top 10 Most (And Least) Racially And Ethnically Diverse Large Cities In The United States, 2020.
Benefits Of The Montenegro Citizenship By Investment Program (CIP).

tweet
share on Facebookshare on Twittershare on Pinterestshare on LinkedInshare on Redditshare on VKontakteshare on Email
Azhar AlviJanuary 24, 2020