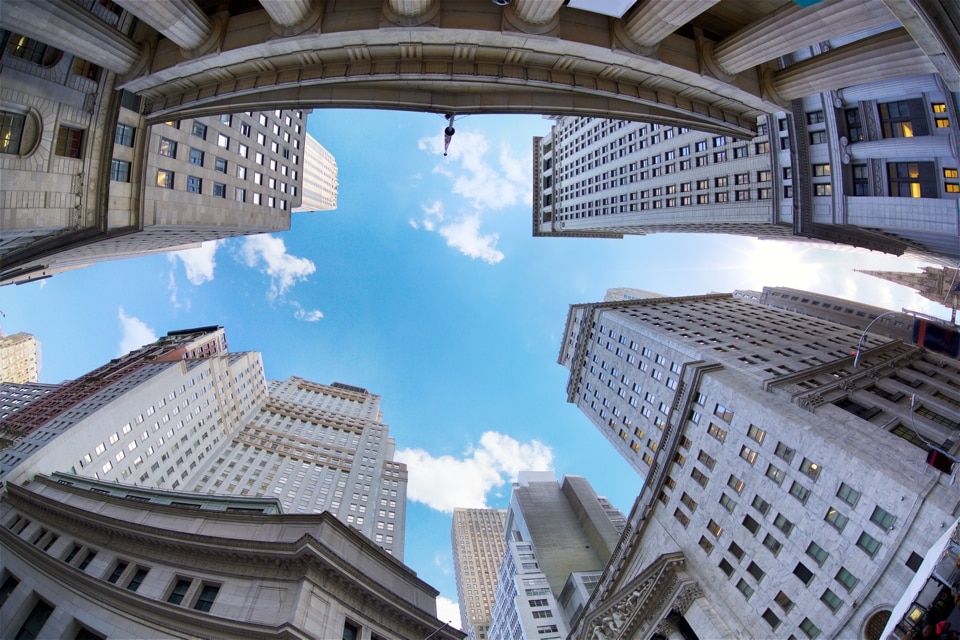 The investor’s trust in the monetary policy is fading, and the fear for a price bubble in the bond market is increasing, which is equal to rising volatility.

On the 12th September, the European Central Bank (ECB) cut the interest rate once again, and at the same time, announced more bond purchasing.

Some argue that the monetary stimulus doesn’t bring any good anymore. Therefore, the bond market has reached the level where the bubble explodes with the risk of bond markets falling out of the bed.

I support that this is a risk, though I prefer to look at two different risks, or work with the risk in two layers. The first one is the current rising risk of too high a valuation of bonds in general.

I fully understand the nervousness among investors, as many have the feeling that they are purchasing bonds at a too-high price level. Such a market situation will always result in higher volatility.

When the next large sell-off in the bond markets happens, investors might explore that the liquidity has changed significantly. The many new regulations for banks, that have been implemented since the global financial crisis, means that the trading books in the banks have been reduced significantly. Calculations that I have seen for example, says that in Europe, the intraday liquidity in trading books for High Yield corporate bonds have been reduced with up to 90 pct. in the past decade. The consequence from a large sell-off in High Yield corporate bonds would be that the flows cannot be absorbed by trading books anymore but will be sold off directly in the market. In such situations, buyers naturally tend to stay away, which I expect to lead to even steeper moves.

The liquidity challenge is another volatility generator that will be severe on the day when all investors want to get out the door at the same time. When this heavy sell-off occurs, it will look like a meltdown, but it’s not, “only” a heavy volatile market, and it can happen at any time. But it will after all, mainly be a valuation question and not a fear for rising defaults among the bond issuers. Meaning, the first layer of risk that I work with in the current bond markets is a valuation risk. Surely, this risk can be huge and painful enough.

The long-term challenge in the bond markets will arise when the fear for default is growing. The global debt pile is a returning issue when discussing the biggest challenges in the global economy. I agree that many governments have boosted their debt during the past decade to support the economic growth.

Graphic one shows how two of the most world-famous debt-nations have increased the government debt even further, despite being heavily indebted already. Though Italy and Japan continue to survive, because the debt is issued in their own currency and domestically funded. 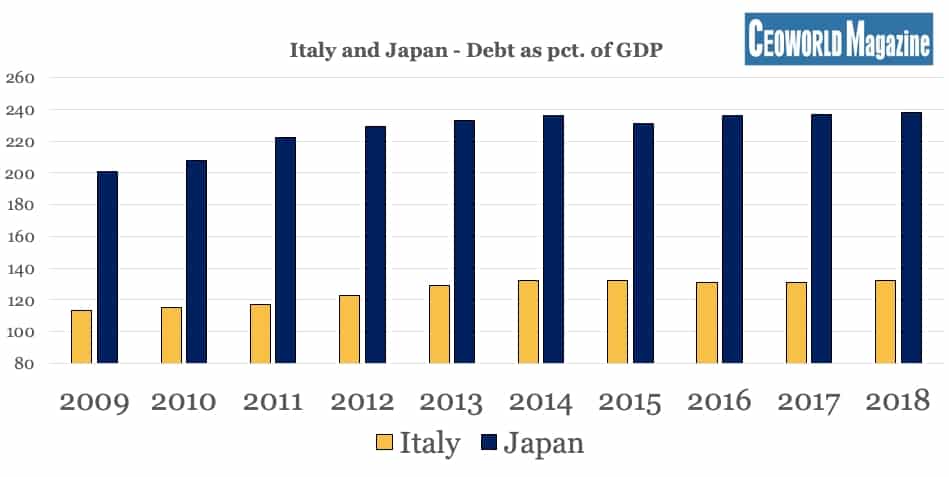 The private sector, and now the central banks, purchase the bonds that the government issues which rescue the two countries from default. Though this just prolongs the economically deadly process, it is of course, not a cure. This is particularly the case in Japan, where the coming problems will be very visible if one compares the falling population in Japan (graphic two).

In the past years, the Japanese population has gone back from about 128 Mio. people to currently 125 Mio., though several forecast that just 100 Mio. people will live in Japan in 2050.

This means that each person living in Japan in the future will have to refinance a bigger amount of government debt. With an economic growth close to zero pct., the consequence is that each household will have to save even more, and spend less, to refinance the public deficit. In the long run, this will crush the Japanese economy and create fear for an increasing default risk– this is the true, big risk, but as the example shows, then it might be in a decade or two ahead.

Italy’s challenge could be the same, but I argue that the mid-term threat arises from a continuing decline in the country’s credit rating. The current BBB rating is uncomfortably close to the so-called “junk-bond” status. My primary scenario is that one day, Italy will move deeper into the economic swamp and end-up with a “junk-bond” status. Again, timing is a challenge, because it will take several years even before investors  seriously start to incorporate this risk in their assessments.

Another enormous debt pile that is often and almost fearfully discussed among economists is the borrowing done by the Chinese companies, particularly the state-controlled enterprises (SOEs). However, the pressure over the past 18 months has decreased slightly, and compared with several years back, one dimension of the risk linked to this debt pile has decreased quite sharply. When China’s foreign exchange reserves fell noticeably in 2015 and 2016, the reason was partly caused by Chinese companies that converted US dollar denominated debt back to domestic debt financed in renminbi. As the currency risk from the debt pile was reduced significantly, China has won time to sort out the problem, but the challenge has not disappeared.

These very long-term challenges could be solved by a sharp rise in a healthy GDP growth around the globe, which I regard as unlikely. Alternatively, the debt can be repaid, which is even less likely.

In my opinion, this second layer of risk in the bond market, the credit risk, will continue to grow. When I boldly claim that “Global debt is not a problem”, it is because the valuation of the bond market is the current challenge.

In the long term, it will be the credit risk that investors would flee from and rather move into equities, gold, cryptocurrencies etc. When that happens, the global financial crisis ten years ago will be nothing compared to the coming credit crisis- but the time horizon might be 10 to 20 years into the future, and therefore, it is not right now that global debt is a problem, as refinancing sources from private investors to central banks will stay ample for a longer period.

Graphic one: Italy and Japan – Debt as pct. of GDP
Graphic two: Development in Japans population

tweet
share on Facebookshare on Twittershare on Pinterestshare on LinkedInshare on Redditshare on VKontakteshare on Email
Peter LundgreenSeptember 21, 2019