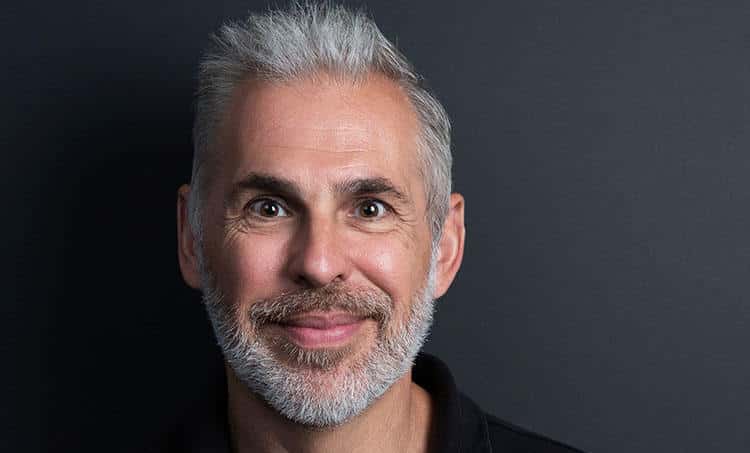 Legendary creative director Dave Trott argues in his latest book, “Creative Blindness,” that creative vision comes from seeing what others don’t. If you see the world differently, you are able to think differently. And that ability to think about problems in unexpected ways is what leads to genuinely creative ideas.

Despite all the talk in recent years about innovation and disruption, there are strong, almost insurmountable forces at work in most organizations. Those forces sap creativity and drive otherwise ambitious teams toward consensus and risk mitigation.

While data can lead to increases in marketing efficiency, it cannot produce breakthrough ideas. Why? Data looks at the world as it is instead of as it could be. Data is fact, not vision. As Josh Sapan, president and CEO of AMC Networks recently said, “You can’t science your way to great stories.”

Even the most visionary business leaders lean on creative partners to translate their strategic plans into powerful creative stories that emotionally connect with people and bring their ideas to life. It was Lee Clow, the chief creative officer of Chiat Day, who sold Steve Jobs on an idea called “Think Different” and a script called “The Crazy Ones.” Those seemingly minor creative decisions famously turned Apple’s fortunes around, fueling what many hail as one of the world’s best advertising campaigns.

The opening lines of the advertisement speak to the “crazy ones,” “misfits,” “round pegs in square holes,” and the “ones who see things differently.” In many ways, that script speaks to the value that all truly creative partners bring to business.

Exceptional creatives aren’t necessarily the most intelligent, trendy, experienced, or knowledgeable people in the room — they are the ones who see things differently. They can simplify the complex, find new ways to communicate universal truths, and tell stories that help set a failing computer company on the path to becoming the world’s most successful business ever.

Phil Knight, the co-founder of Nike, struck up a similarly rewarding relationship with Dan Wieden, copywriter and co-founder of creative agency Wieden+Kennedy, that led to the brand’s iconic “Just Do It” slogan. Nike was still a fledgling company at the time, and the athletic brand was Wieden+Kennedy’s first account. That slogan not only helped skyrocket Nike toward massive success, but it also brought the power of advertising into a new light.

Wieden+Kennedy’s ability to create great ideas year after year was in large part due to the bold mentality of its clients. Dan Wieden is on record as describing the former Nike CEO as making the agency “swim in uncertainty for the last 31 years. He threw out any hint of predictability, shattered every timeline, made the simplest tasks a matter of life and death and destroyed the playbook.”

That mutual trust and determination to break the rules in the pursuit of brilliance is the key to all fruitful relationships.

Exceptional advertising doesn’t just catapult startups into the stratosphere; it can also help established brands reposition themselves and gain a fresh perspective.

Take Burger King, for example. A few years ago, the popular chain had gone a little sleepy and needed a revitalization. So Fernando Machado, then the senior vice president of global brand management for the company, teamed up with Anselmo Ramos at WPP agency David to focus Burger King’s brand positioning.

Ramos took a fresh approach to the brand’s message, embracing the idea of inclusion and individuality while positioning Burger King as real food for real people. The campaign pursued the notion of the brand as genuinely democratic.

Machado and Ramos partnered with creative agencies from around the world to oversee a series of campaigns that brought the positioning to life. The first campaign, “Proud Whopper,” involved selling the chain’s signature burger in rainbow wrappers in honor of pride week. That was followed up with “McWhopper,” where Burger King cleverly offered rival McDonald’s a truce to support International Peace Day.

The result of these creative and forward-thinking campaigns? A slew of awards, for starters. Since 2014, Burger King has won multiple awards at Cannes, and Machado was named Adweek’s 2018 Grand Brand Genius. In addition, Burger King enjoyed higher-than-expected sales growth of 3.8% in Q2 of 2018.

Another partnership that’s paying dividends is between Diesel CMO Dario Gargiulo and Bruno Bertelli, global chief creative officer at Publicis. The two say they often have passionate disagreements but that their dialogue results in powerful ideas with Diesel giving Publicis permission to push the envelope of what’s expected and permissible.

Case in point: In 2017 Diesel and Publicis launched their “Go With the Flaw” campaign to go against conformity and create relatable experiences for people. The brand and the agency worked together to create a fake pop-up market in SoHo during New York Fashion Week that sold what appeared to be knockoff “Deisel” products.

The campaign supported the brand’s positioning that celebrated people’s imperfections, and the clever stunt gained Diesel global media coverage during the fashion world’s signature occasion. As a beautiful cherry on top, the pop-up shop also sold out of its merchandise because it was such a hit.

By examining the preceding successful examples of partnerships, we can draw a few clear and simple lessons.

First, mutual trust is key. Big ideas take vision, and buying into that vision requires trust. It can be scary, which is why so many brands cling to the status quo. But the most successful and memorable brands are the ones that take a chance and push the limits of what seems possible. Bold thinkers challenge each other, and those challenges are the best way to grow and learn.

Also, data doesn’t always have the answer. In the age of big data, brands often try to analyze every last detail about their customers to find the right answers. But the best stories speak to human truths and arise from an intuitive, unexpected understanding of what makes people and culture tick.

The most important lesson, though? Dare to be different. The world is full of undifferentiated content, claims, stories, and experiences. The most effective — and cost-effective — way to succeed is to stand out from the crowd.

# The World’s 500 Billionaires.
# Best Chinos: Different Chinos For Different Occasions.
# Websites That Make Higher Education Easier and Better.
# Top 10 Exciting Activities in New York to Get the Best in Travel.
# Best places to visit in Singapore in the year 2019.

tweet
share on Facebookshare on Twittershare on Pinterestshare on LinkedInshare on Redditshare on VKontakteshare on Email
Rik HaslamMay 24, 2019

As executive creative partner at Brandpie, Rik Haslam helps brands find, define, and bring to life their purpose, and he has created award-winning work for brands including American Express, British Airways, HP, IBM, Nissan, Pfizer, and Virgin Media. Rik is an opinion columnist for the CEOWORLD magazine.
view all posts