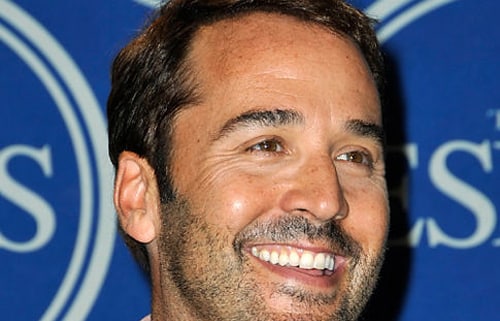 2) Jeremy Piven- Modified Caesar cut
Born July 26, 1965 in New York, but raised in Chicago, Piven was the son of Byrne and Joyce Piven, founders of the Piven Theatre Workshop – a company which would go on to nurture John and Joan Cusack, Rosanna Arquette and Aidan Quinn. After making his feature-film debut in Lucas (1986), the actor appeared in Robert_Altman’s The_Player (1992), Cameron_Crowe’s Singles (1992), and Tim_Robbins’ Bob_Roberts (1992). He fell into a slump with failures like Judgment_Night (1993) and Car 54, Where are You? (1994), but became a cult favorite for his portrayal of a campus misfit in P.C.U. (1994). Standout roles opposite Sarah_Jessica_Parker in Miami_Rhapsody (1995), Robert_De_Niro in Heat (1995), Bill_Murray in Larger_Than_Life (1996), and Morgan_Freeman in Kiss the Girls (1997) quickly followed. He then proved to be the only good thing in Peter_Berg’s Very_Bad_Things (1998), before playing Nicolas_Cage’s best friend in The_Family_Man (2000). Piven took a respectable dramatic turn as a doomed helicopter pilot in Ridley_Scott’s award-winning Black_Hawk_Down, but returned to comedy for Old School (2003), a film by the makers of Road_Trip (2000).

3) Jason Statham- Buzz cut
Born on Sept. 12, 1972, Jason Statham grew up in southeast London where he was the second son of a singing father and a dancing mother. His diving abilities were so impressive that he joined the British Olympic team in 1988 in Seoul, Korea. After 10 years in the National Diving Squad, a talent agent led him to the modeling industry. 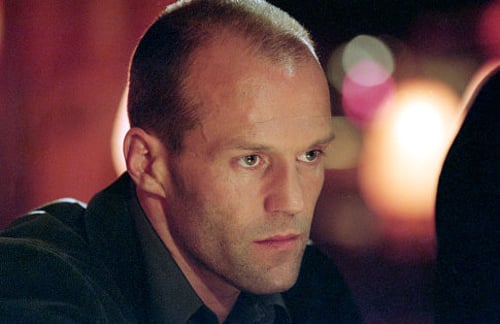 4) Bono U2 (Paul David Hewson)- Short crew cut
Bono was born Paul Hewson on May 10, 1960, in Dublin, Ireland. Bono’s musical success with U2 has been strewn with accolades such as 22 Grammy Awards and even a Golden Globe award win for a song written for the film Gangs of New York. Throughout his career, Bono has managed to firmly establish himself not only as an acclaimed musician and one of Ireland’s biggest musical exports, but also as a global spokesperson for innumerable causes.

5) Prince William- Short and spiked
As the grandson of Queen Elizabeth II, William is officially second in line of succession to the British throne before his father, Prince Charles, and ahead of brother Prince Harry, who is third in line. Prince William has to some extent followed his mother’s footsteps in acting as patronage to certain charities. His first charity was Centrepoint, which is a charity working for young homeless people, he occasionally accompanied his mother when she was involved in this charity. He also serves as a patron for Tusk Trust an African conservation charity. 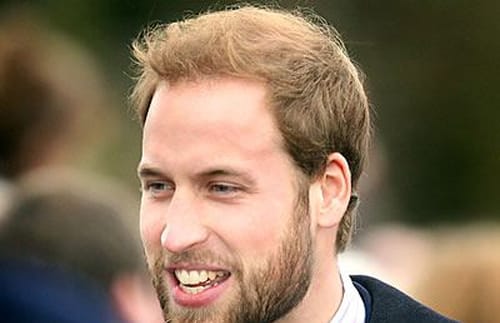 6) Jude Law- Faux faux hawk
Born on Dec. 29, 1972 in Lewisham, England, a borough in southwestern London, Law was the son of schoolteachers who encouraged their son to act at an early age. When he was 12 years old, Law began performing with the National Youth Music Theatre. 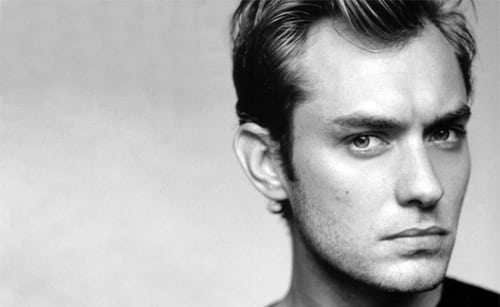 7) Nicolas Cage- Slicked back
Born Nicolas Coppola on Jan. 7, 1964 in Long Beach, CA, Cage was raised by his father, August, a literature professor, and his mother, Joy, a modern dancer and choreographer who was hospitalized for severe depression, which kept her away from the family for long intervals. He is known for delving deeply into his roles and identifying with his characters, even to the extent of having a tooth removed without Novocaine for his 1989 role in Birdy. He also ate a live cockroach in Vampire’s Kiss. 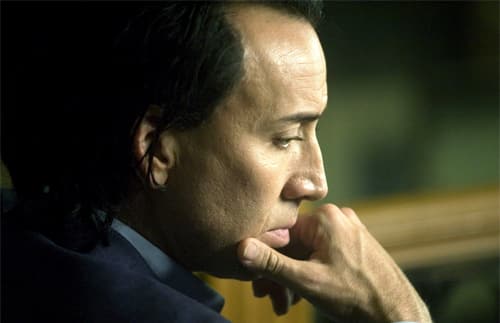 8) Owen Wilson- Long front
An increasingly prevalent figure in action films following the millennial turnover, Wilson followed Behind_Enemy_Lines with I_Spy (2002) and the Shanghai_Noon sequel Shanghai_Knights (2003) before appearing opposite Morgan_Freeman in the critical and commercial disappointment The_Big_Bounce and co-starring in the underwhelming big screen adaptation of Starsky & Hutch. He made his third appearance in a Jackie_Chan vehicle in the 2004 Disney production Around the World in 80 Days; though poised to be a blockbuster, the mega-budgeted film was one of the biggest flops of the season. 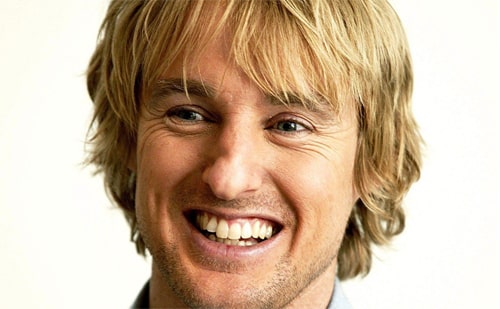 9) kevin costner- Short and tapered all over
Kevin Costner (Kevin Michael Costner) was born on Wednesday, January 26, 1955 and is a famous actor. Kevin Costner had studied at Buena High School, Ventura, CA and then Kevin attended the BA Business, California State University Fullerton (1978). Kevin dated Carla Bruni and amongst other famous relationships was Michelle Pfeiffer. 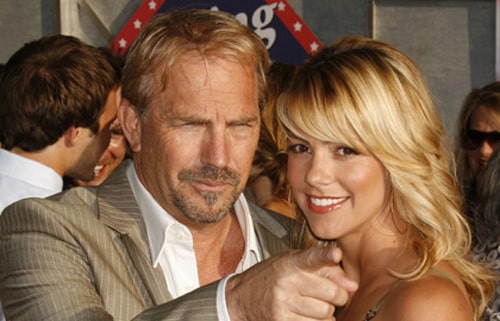 10) Aston cutcher- Shag
Ashton Kutcher got his first acting break with a national Pizza Hut commercial. After Ashton’s commercial, Kutcher auditioned for a bunch of sitcoms that never took off. Finally, Ashton Kutcher landed the role of Kelso on That ’70s Show. Since then Kutcher’s been in movies like Dude, Where’s My Car? and Just Married. Ashton Kutcher also hosts Punk’d, the hilarious MTV show about pratical jokes. 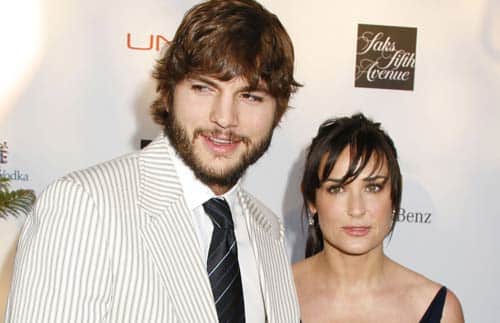 tweet
share on Facebookshare on Twittershare on Pinterestshare on LinkedInshare on Redditshare on VKontakteshare on Email
Megan BatchelorApril 5, 2011