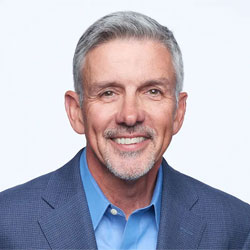 In the best-selling book Good to Great, Jim Collins stated, “Good is the enemy of great.” He explained, for example, that we don’t have great schools because we have good schools – suggesting good enough is often good enough.

The answer may lie in the nuance of setting a clear standard of excellence and creating a culture willing to do what it takes to achieve that standard. In the book Tribal Leadership (Logan, King, Fischer-Wright, 2009), the authors described five stages of culture based on a thorough study of US companies. Only 2% of companies achieved Stage 5, and according to Dave Logan, none of these companies live there – they toggle between Stages 4 & 5. Stage 5 companies watch their competitors, but if they can create even more distance between themselves and everybody else, that’s what they will do. While most Stage 4 companies, although also very team-oriented and high-performing, tend to look only within their specific industry sector, Stage 5 companies pay attention to what everyone is doing.

I once worked for a Stage 5 company – an ad agency in Boston called Mullen (today, Mullen-Lowe). Being part of an organization with such a relentless commitment to producing outstanding campaigns for its clients was amazing. Was there a great deal of passion and conflict? Sure. Although the team didn’t fight against each other, they fought for the best idea. People joined Mullen to maximize their potential as a professional and to be part of an ensemble dedicated to creating the best advertising in the world. As Executive Creative Director Edward Boches would always say: “Good work tells you what a product does and why you should buy it. Great work conveys what a brand stands for and invites you to share in its beliefs.” That was the standard.

Another organization I have been watching closely for years is the University of Connecticut Women’s Basketball team – arguably among the most outstanding college sports programs (men or women) for more than twenty-five years. If there is an organization that makes its permanent residence in Stage 5, UConn would be among the few.

To give you a sense of their standard, I remember hearing a story about how head coach Geno Auriemma took the team to a Broadway Play before the start of the season. The following day at practice, the coach asked the players what they thought of the experience. As you can imagine, the young women were blown away by the quality of the fantastic performances they saw. Coach Auriemma then reminded the players that the cast performed the same play the night before and the night before that—and on Wednesdays and Saturdays, they perform it twice. He continued to explain that, for each audience, most theatergoers will likely see the play only once. Everyone involved in all aspects of the production realizes that, and they accept the responsibility to make it an unforgettable experience for that audience (every audience), no matter how many times they perform the show.

When fans watch UConn play basketball, Auriemma noted, “UConn doesn’t just want a victory; we want our fans to walk out of the building with an experience they’ll never forget.” So imagine if we all showed up to work every day as if we were on stage and committed to making sure that everyone with whom we interacted saw our A-game and believed they were always in the presence of something special.

In a 4-part documentary series sponsored by Coca-Cola, The Standard describes what it means and what it takes to play for Connecticut and earn the right to wear the jersey. But, of course, it’s more than just enjoying the privilege of putting on the uniform; it’s about a commitment to your teammates and everyone else who came before you. Today’s players stand on their shoulders to learn and grow and uphold a standard that makes winning national championships the reward for their hard work and attention to detail. Click here to watch the trailer and find links to the four episodes, all of which will be released by November 9th.

In the trailer, UConn junior guard Nika Mühl says, “Every year, the standard is always the same. Everyone has to live up to that standard, and if you’re not, you can’t be here.” Remember that UConn’s best player is out for the season with a torn ACL. No excuses. Same standard of excellence.

As you take stock of 2022 and look at what’s ahead for next year and beyond, it may serve you well to reflect on the standard of excellence you are setting in your organization. Ask yourself if you are clearly communicating that standard and showing your leadership and organizational teams that you are committed to doing what it takes to help them meet it. In the meantime, join me in wishing UConn a successful 2022-23 season.

Written by Leo Bottary.
Have you read?
The World’s Largest Economies, 2022.
International Financial Centers Ranking, 2022.
These are the countries with the Highest Average Salaries, 2022.
Ranked: The World’s 500 Most Populous Cities, 2022.
Countries and territories with the largest population, 2022. 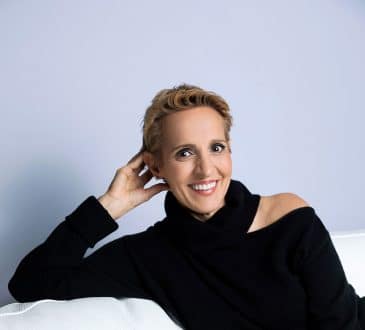 Dr. Maky ZanganehCEO Insider
How can you successfully start a business or help a failing business survive? Business is the process of overcoming challenges...