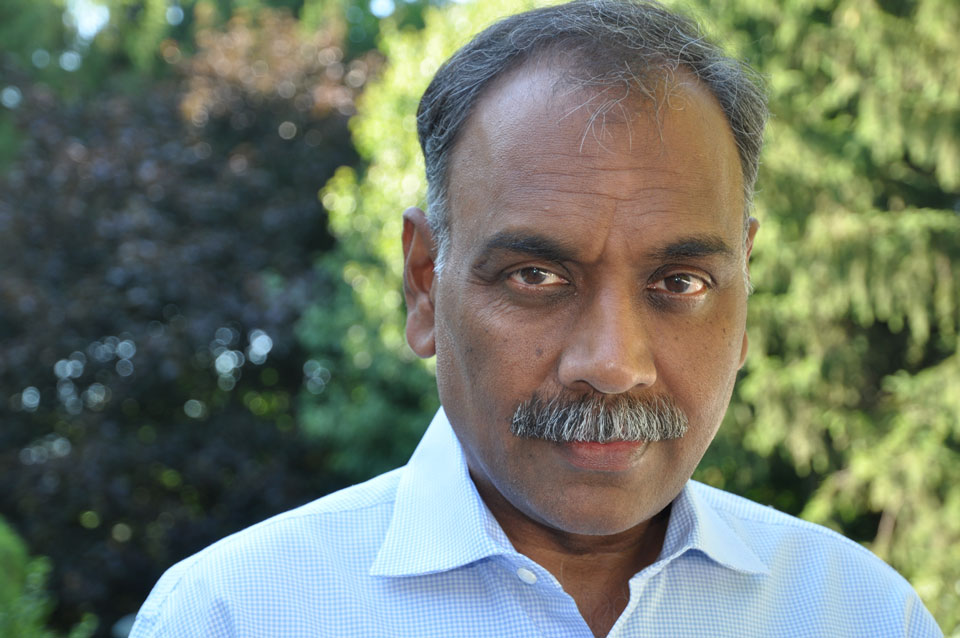 Over the past three decades, I have had four separate professions. I started out as a bored computer scientist who transformed himself into a professional blackjack player, used his gambling skills to get a job on Wall Street, and finally, became an author who is about to publish his first book.

If there is one common thread that runs through my various vocations, it would have to be my propensity to spurn conventional wisdom and take calculated gambles. However, despite having spent an inordinate amount of time in the casinos of Las Vegas, I have never thought of myself as a gambler. If the risk/reward equation is in your favor then you’re not gambling, you are investing. This fact holds true not just in casinos and on Wall Street, but in every sphere of life.

Needless to say, not every risk that I’ve taken has worked out, which is just as well. A life without failure would be singularly uninteresting and not worthy of a memoir.

The first significant gamble of my adult life was a bet on America. To the shock of everyone around me, I turned down admission to India’s top business school, the Indian Institute of Management in Ahmedabad, and decided to attend graduate school at the University of Wisconsin in Madison instead. I possessed only a limited background in computer science — my undergraduate degree was in electrical engineering — but I still managed to complete a master’s degree in under a year.

Unfortunately, I soon realized that I had no interest in computers. At both of my jobs, Honeywell in Minneapolis and Oracle in the Bay Area, I found it excruciatingly difficult to get out of bed and make my way to the office for what I felt was another pointless day of writing software. Fortunately, another door opened before the facade crumbled entirely.

On a ski trip to Lake Tahoe, I discovered blackjack. I was fascinated by the simplicity of the game; get as close to twenty one as possible without going over. And when I learned that counting cards could turn the odds in my favor, I was hooked. I decided to become a professional blackjack player which, once again, turned me into an object of ridicule.

Ignoring the naysayers, I devoted the next two years of my life to blackjack, grew my bankroll by a factor of thirty-two, and got barred from several casinos along the way. In an extraordinary turn of events, my gambling skills led me to a job at Lehman Brothers. I didn’t know the first thing about finance, but that didn’t stop me from taking a chance on Wall Street.

I regretted it almost immediately. The culture of investment banks and their business practices filled my days with misery. The realization that I was now working for the house, an idea that I would have found abhorrent in Las Vegas, only made matters worse. After two years of suffering, I walked away from Wall Street not knowing if I would return.

I did return and with a newfound sense of purpose. While working at Lehman Brothers (or, for that matter, any investment bank), I would devote all my efforts to developing a methodology for beating the U.S. mortgage market. If successful, I would use that “system” to manage money for a hedge fund. If not, my time in the financial industry would come to an end.

It took five more years of hard work for me to create an investment framework. I then used that system to manage money for some of the largest hedge funds in the world. In addition to creating an exceptional long-term track record of managing money, I also played a key role in the largest hedge fund launch in history, ExodusPoint Capital (2018).

It was then that I decided to take the biggest gamble of all. Without having written so much as a one-page article before, I set out to write a book about my experiences. I was surprised to discover that the first task for any aspiring author is to find a literary agent, the odds against which are around 1000 to 1. To my great delight, however, an especially high-powered agent took me on as a client.

My joy soon turned to dismay. The agent tried to bully me into writing a book that I didn’t want to — “This book cannot be about you” — and it soon became clear that we needed to part ways. As I pondered my next move, one of my author friends remarked, “You’ll be the first unpublished writer in history who fires their agent.” Nevertheless, that’s exactly what I did and, in a repeat of what I had done with Wall Street., I walked away from the publishing industry not knowing if I would return.

I did return and, once again, with a newfound resolve. I put together a query letter (a dreaded prospect if there ever was one) and reached out to thirty or forty agents, a handful of whom responded. One in particular was fascinated by my story and agreed to represent me, saying, “This book can only be about you.” He helped me craft the narrative and secured publishing deals in North America as well as in the Indian subcontinent. That book, Play It Right, will be released to the English-speaking world in May and June of 2022.

All in all, it would be fair to say that I have been extremely fortunate. Not many people have had the opportunities that I’ve had. However, I strongly believe that I have made my own luck — by taking risks and placing myself in situations that have allowed me to get lucky.

Choosing to come to a foreign country at the age of twenty-two is the gamble that made my journey possible. I was lucky to discover blackjack, but I had been searching for an escape from the computer industry for years. If not blackjack, I would have found something else.

Likewise, I was lucky to get hired at Lehman Brothers on the basis of my gambling prowess. However, it wasn’t luck that made me send a resume to the firm in the first place or to decide that, “I’m going to work on Wall Street.” That declaration, in a crowded San Francisco pizzeria, caused a six-foot-three, two-hundred and fifty pound friend to fall off his chair.

Similarly, it wasn’t luck that made my Wall Street career possible. That was a result of a painstakingly developed investment strategy and decades of careful money management. The same is true for my role in raising money for the largest hedge fund launch ever.

I was enormously lucky to get signed by a prominent literary agent and yet, I chose to walk away. I was determined that I would publish a book on my terms, or not at all. That action set me adrift in the publishing industry which allowed luck to find me once again, this time in the form of a perfect agent.

Conventional wisdom would say that it is impossible for a complete unknown without any writing experience to put a memoir together, let alone have it be published. And yet, here we are.

Written by Kamal Gupta.
Have you read?
The power of one:ones – asking the big questions of your leaders by Kerry Swan.
Shift Happens: Crossing the Ethics Threshold by Chance or by Choice by Christopher Gilbert, Ph.D.
6 ways to turn meetings from a cost into an asset by Alan Manly.
Is It Time to Integrate Greater Healthcare Experience into Your Board by Jena Abernathy.

Kamal Gupta is the author of Play It Right, a memoir that chronicles his journey from India to America, from computers to gambling, culminating in a quarter-century on Wall Street. During that time, he achieved the extraordinary feat of 103 consecutive months of positive returns, quite possibly the finest long-term track record produced by an individual in hedge fund history. In 2018, he played an instrumental role in raising eight billion dollars for the largest hedge fund launch ever, ExodusPoint Capital.

Kamal earned an undergraduate degree in electrical engineering from the Indian Institute of Technology in New Delhi — entering the elite institution after only completing 11th grade — and received a master’s in computer science from the University of Wisconsin-Madison in just 11 months. He lives in the New York City area with his family.

Kamal Gupta is an opinion columnist for the CEOWORLD magazine. Connect with him through LinkedIn. For more information, visit the author’s website.
view all posts