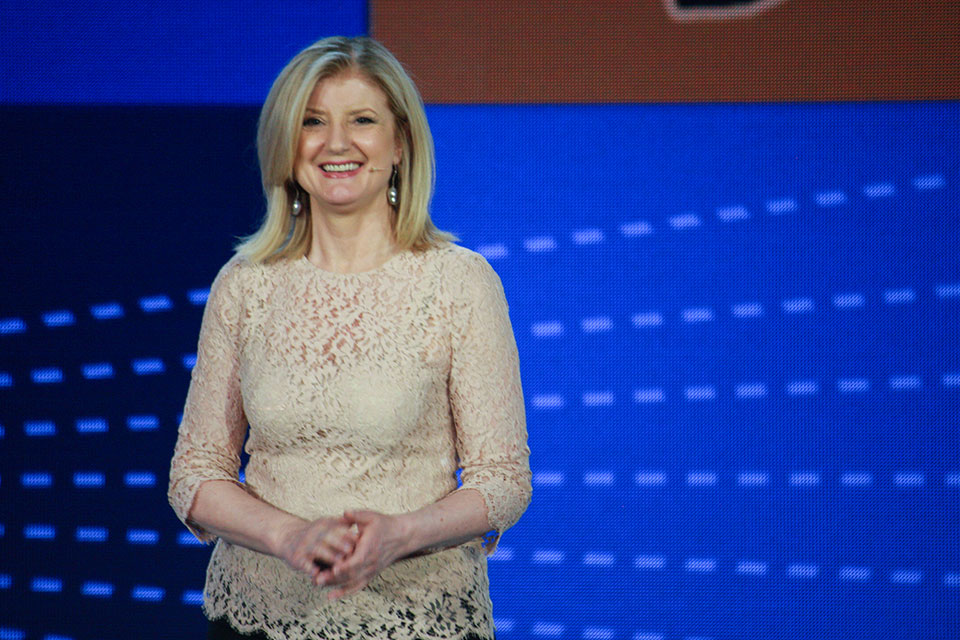 But as realised, not all women entrepreneurs and CEOs scaled in their journey, manoeuvring tough times. Are you one of them or about to be? To be safe, learning from others failure is wisdom. Yet few, with the complete reflection of resilience and stubbornness to robustly pursue a passion, made the difference.

For them, the bull’s eye was in simply following the theory of creative destruction that they caressed most. On responding to failures, was ‘adaptability and resilience a key factors?

She was born in Athens with an affinity for writing. At her initial stages like many, got rejected by over three dozen publishers, as she could not demonstrate a decent command of her English writing skills. Interestingly, she pursued another dream of being a Governor of California but was unsuccessful. With failures in progress, it did not deter her first affinity for writing and publishing. In 2005, The Huffington Post was born, with her focus on helping individuals in balancing work and life. For her, ‘failure is not the opposite of success but a stepping stone. Learning from failures with a refined foresight was her takeaway.

To create a successful women’s networking platform, Kathryn Minshew started Pretty Young Professionals. In the initial years, they could muster over 20,000 users, later splitting up the organization with heavy losses. This was certainly disastrous but not a deterrent to her dream, followed by learning from failures. Certainly, it was an organizational failure. This renewed learning on team and management aided her in founding ‘The Daily Muse’, currently popularised as The Muse. This is a one-time place for younger professionals to explore jobs. Enthusiasm was not compromised.

Oprah Winfrey’s story is an inspiring one, a story from rags to riches, with nothing as impossible set upon as the driving force. How many do really know that she failed miserably before recoiling as one of the wealthiest African American?  She secured a good offer at WJZ-TV as a co-anchor, which was later named ‘The Oprah Winfrey Show’. With this break, she created her own venture, Harpo Productions. The initial failures did not deter her to bounce back. Her adaptability and resilience paid off.

With a tight budget and little know-how about food business Ruth Fertel, the National Entrepreneur of the Year awardee, bought a local restaurant named Chris’s Steakhouse. At the start, the business was doing good but succumbed to a tragic fire. Undeterred by this freaky failure, she rose again. Instead of being dissuaded of what had happened, she found a new restaurant, which she named Ruth’s Chris Steak House. Soon with the distribution of its first franchise in 1976, the steak house expanded to over 80 locations and emerged as the USA’s favourite restaurants. Persuasion and passion to drive the dream were the cornerstones of her success.

It is unusual for witnessing failures or people failing early, still pursuing their dreams, but with renewed zeal and interest. There are few, in fact, a select few who introspect and thread the reasons to have failed so and master the weak areas. Christiana is one, who at her initial failure went on to watching episodes of The West Wing, while she introspected her failure. It was here the magic of ‘Aladdin lamp’ lit, while she devised methods to revive. She went on further to establish BirdgeUp: Stem, which provides opportunities to girls of diverse backgrounds in learning skills of computer science, focussed in smaller groups with peers. With focussed attention, persuasiveness and adaptability, Wallace was able to do so.

This talented skater was unable to qualify for the Olympic team. With this initial rejection, she was prompted to give up her passion including a skating career, which she dreamt of. Then came the second wave, as an assistant editor with Vogue. Within a short time, she emerged as a fashion editor. During this journey, being denied an editor-in-chief position, she initiated her own chain of fashion design. With her persuasiveness and passion to do something new, she created her name as a stunning wedding dress designer. Failures did not deter her comeback, each time.

Are you aware, that most of these successful women entrepreneurs and CEOs, apart from many more,  suffered early failures in life? Was it a foresight failure of any kind? Was it tactical or operations? Be it the product, the services, the process, the market understanding, etc… or was it an organizational failure?

Not all people see failures as a turning point. For most of us, it’s generally a ‘game over. Once we see a dead end, we suddenly stop chasing our goals.