CEOWORLD magazine - Top Stories - CEO Insider - The Great Reckoning: Why So Many Brands Got Called Out 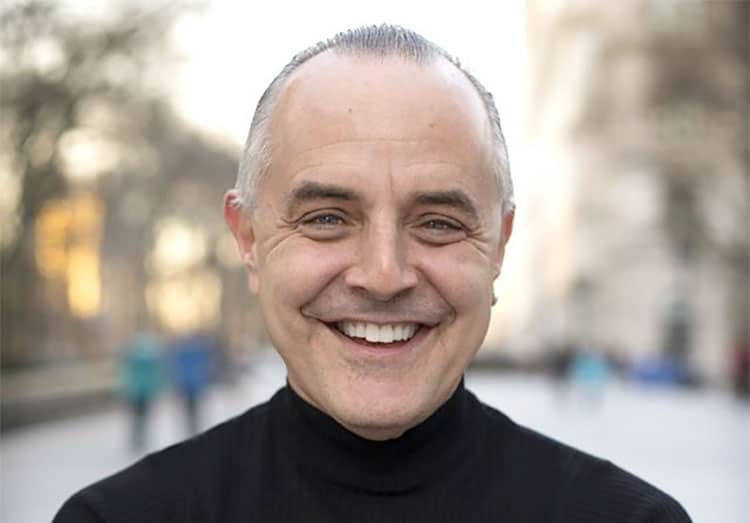 The racial reckoning of 2020 – in which politicians, corporations, organizations, influencers and celebrities large and small have been forced to acknowledge and answer for the structural inequalities present within their organizations and the United States at large – is still in full swing. The tireless advocacy of protestors and activists brought these issues to a critical mass while pushing for justice after the murder of George Floyd by Minneapolis Police in May.

As protests continue across the country, companies have felt and answered an obligation – at times moral but often self-serving as well – to release statements showing support for these issues, which an increasing majority of Americans believe in. The best of these statements acknowledge their role in perpetuating inequality and outline concrete steps to dismantling it within their organizations. But many of these statements have rightfully been met with public razing for not matching up with the company’s culture and actions, with many, most often employees and former employees, speaking out about the brand’s own covert or overt structural discrimination and prejudice.

This is happening industry wide – from media and publishing to TV and film to retail and even tabletop games, people are loudly calling out brands that have remained complicit, even actively hostile, while projecting a public front for inclusivity.

Prominent examples include the NFL and Conde Nast’s Bon Appetit; both brands were met with resounding backlash after publicly claiming allyship in direct contradiction to their past and continued behavior. While their industries differ, the throughline of their critiques is that each has allowed and perpetuated intolerance, prejudice, and discrimination within their own organizations, so it’s dishonest and hypocritical to wear a badge of allyship when it’s popular while not doing the actual work that comes with it even within their own ranks. Afterall, how can a company say, “black lives matter,” when they don’t even support their own black employees (or inclusivity to begin with). Rather than positive and supportive, statements met without actions will always backfire because it’s hard to see them as anything but self-serving.

Before 2020, conventional wisdom posited that brands should stay silent on divisive topics to avoid alienating potential customers. This strategy saw them align with general public sentiment, even if the result was effective complicity. As recently as January 2020, support for the Black Lives Matter movement in the US remained below 10%; polling now suggests that support is over 30%, with support growing more in two weeks than it had over the previous two years. With the eruption of civil unrest following the publicization of the murders of Ahmaud Arbery, George Floyd, and Breonna Taylor, consumers have come to expect brands, and really anyone with a platform, to chime in and take a stand.

The NFL for example, released a statement condemning police brutality and showing support for George Floyd protestors quickly after the news went viral, and the league, including Commissioner Goodell, was quickly called out by current and former players, fans, and pundits. They found the supportive statement and sudden effusive support confusing since the organization effectively blacklisted Colin Kaepernick for his peaceful protests against police brutality in the 2015-2016 season (and resulted in at least one team, the Dallas Cowboys, banning players from kneeling in protest altogether).

Bon Appetit’s Test Kitchen, a popular Youtube channel featuring chefs and editors from the Conde Nast magazine, similarly found itself in hot water after sharing a message of solidarity with protesters, only to have it revealed by current and former employees and contractors that the Editor-in-Chief had once been documented in brownface, and it had a pattern of blatantly discriminatory behavior; the brand’s BIPOC employees (Black, Indigenous, people of color) were not being paid fairly, despite taking on more responsibilities and larger workloads when compared to even their less experienced and credentialed white coworkers. The backlash exposed the structural ways in which BA and the BATK minimized and undervalued a diversity of cultural voices and the talent of its BIPOC employees behind the curtain, all while pushing a narrative of diversity and equity in their marketing and promotion.

These blunders, and the reactions to them, are representative of systemic failures in leadership and awareness within these organizations. Company identities are formed from the top down and cultivated and espoused through marketing and promotional materials (advertising, social media), earned media (interviews and articles), and the internal messaging, processes, and practices that shape company culture. Perhaps the most publicly influential of these is social media whose democratizing nature makes it possible to foster a direct relationship between brands/celebrities and fans. Over the years, this mainline connection has been critical to influencing which public discourse brands engage with. When NFL Commissioner Goodell was quoted as saying, “I don’t necessarily agree with what he’s doing… On the other hand, we believe very strongly in patriotism in the NFL. I personally believe very strongly in that,” he was echoing the sentiments of a collective of white, conservative fans, including the US President, who embraced and pushed the narrative that Kaepernick’s peaceful protest was “unpatriotic.”

Bon Appetit Test Kitchen fans are similarly influential in the decision making and messaging of the brand. Conde Nast has stated that content decisions are mainly driven by engagement metrics on videos including streaming numbers and social media engagement and interaction. With these clear illustrations of how public opinion directly influences companies, it’s not surprising that these brands ignored their histories, current status, and identities in an attempt to cash in on the merits of performative allyship at a time like this. As formerly “radical” progressive ideas become more mainstream, it’s always likely that brands will pivot to align their messaging to match. However, to do so effectively and mitigate any backlash, these forays into activism needs to be more than a performance. To be clear, the issue here isn’t the statement themselves. It’s the continued practice of thinking a statement is enough without doing the work to back it up.

Brands that genuinely want to take a stand need to acknowledge who they are, what their practices are, and how they have contributed actively or passively to the institutions that oppress minorities. The patently unfair corporate structure and lack of institutional support experienced by BIPOC within both the NFL and Bon Appetit (and organizations globally) is what sowed the seeds of such explosive criticism. Had leadership been effective or interested in adequately listening to and supporting their BIPOC employees, they would have understood the ways in which prejudice – both conscious and unconscious – contributed to the cyclical perpetuation of BIPOC erasure, underrepresentation, and frustration within the overarching corporate structure.

The common issue is that the external message of “embracing diversity and valuing black lives” directly contradicts the lived experience of black and POC employees in these workplaces. Therefore leadership must take the initiative to bridge the gap in cultural understanding and educate themselves on how best to reconcile the organization’s previous transgressions with a more progressive present. Pay equity and transparency, a commitment to changing recruitment, promotion and retention strategies within the organization, appropriate responses to code of conduct violations, and actively seeking out voices, points of view, and lived experiences that differ from the overwhelming majority are just a few concrete steps that can be taken to amplify BIPOC, women, LGBT, and other minority voices within an organization.

Focusing activism outside of the organization and into community action and development within black and brown communities is another way to show support for these causes. Using business resources and influence to direct attention to causes employees feel are important is a good way of showing employees that you care about them as more than just a worker. Amazon, Google, and several other organizations have double or triple matched employee donations to causes supporting the goals of the BLM movement. By putting money behind these causes it signals to all audiences that the organization is committed to actual change – a word featured heavily in many brand’s statements since the reckoning.

Change isn’t linear and certainly won’t happen overnight. Radical shifts have already begun to take shape and manifest concrete changes, but it will take even more tireless work to see through. The burden of that work can not be on the oppressed alone. It requires the privileged, the decision makers, the influential, the wealthy and the powerful to stand for them and lift them up so that we can all stand together. Research shows that diverse work groups are more productive across numerous metrics than less diverse ones. Consider how many great thinkers, innovators, creators, and wunderkinds are still waiting to be heard simply because they haven’t been given the opportunity. No CEO ever made it to the top alone. And there’s room enough up here for everyone. It’s time to open up our minds, boardrooms, and wallets to build a culture that works for everyone (and is better for it!).

CEOWORLD magazine - Top Stories - CEO Insider - The Great Reckoning: Why So Many Brands Got Called Out

tweet
share on Facebookshare on Twittershare on Pinterestshare on LinkedInshare on Redditshare on VKontakteshare on Email
Eric YaverbaumJune 19, 2020

Eric Yaverbaum, CEO of Ericho Communications, is a communications, media, and public relations expert with over 40 years in the industry. Eric has worked with a wide-range of top-of-their-industry clients, including Sony, IKEA, Progressive Insurance, Domino’s, Beachbody, H&M, and fitness guru Jack LaLanne. Eric is also a bestselling author of seven books, including industry-standard bestseller Public Relations for Dummies and Leadership Secrets of the World’s Most Successful CEOs.

Eric Yaverbaum is an opinion columnist for the CEOWORLD magazine. You can follow him on LinkedIn. For more information, visit the author’s website.
view all posts