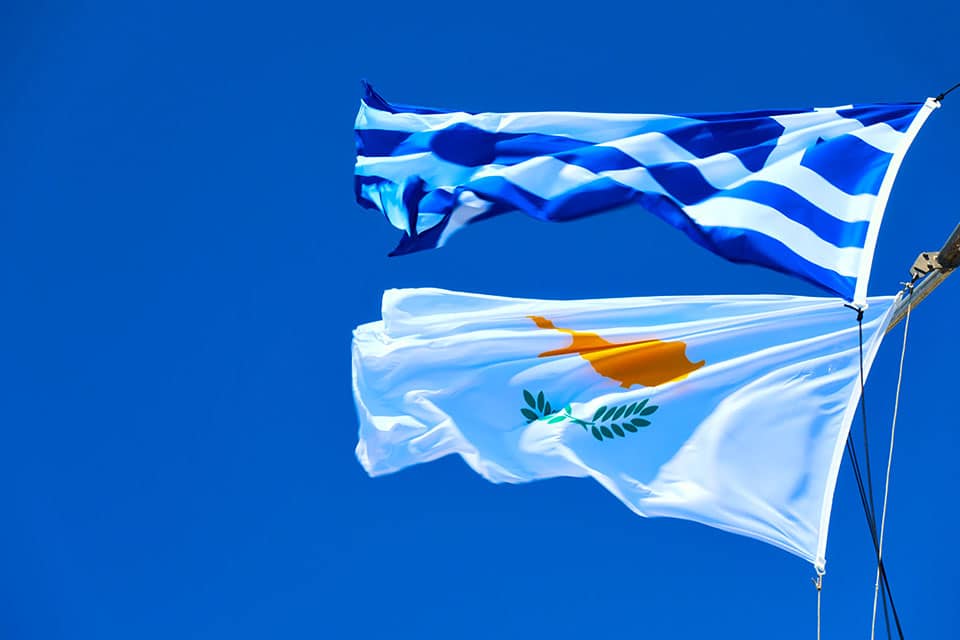 Cyprus, the third-largest island in the Mediterranean, is rich in history, traditions, arts, natural landscapes, and flavors. It is full of stunning landscapes and attraction worth to be discovered, from the beautiful capital of Nicosia to Paphos, Ayia Napa, and Troodos Mountains. On the island of the goddess Aphrodite, you can do anything you imagine! From visiting archeological sites, churches, and monuments, to diving in turquoise waters. Start from Petra Tou Romiou, the place where Aphrodite was born, visit Kourion, explore the beautiful wine villages, taste halloumi, make your own ceramics and get to know every aspect of the Cypriot cities.

Limassol is the largest coastal city in Cyprus and the most important port of the island. It has an intense nightlife and a rich cultural tradition. Although it is being modernized at a fast pace, it can be at the same time rich and traditional. You will understand this as you take a walk in the newly renovated pier, drink a coffee in the old port, and do your shopping in the newly established marina of Limassol. Finally, in the picturesque cobbled streets of the old town, you will find a castle as well as markets, galleries and shops. 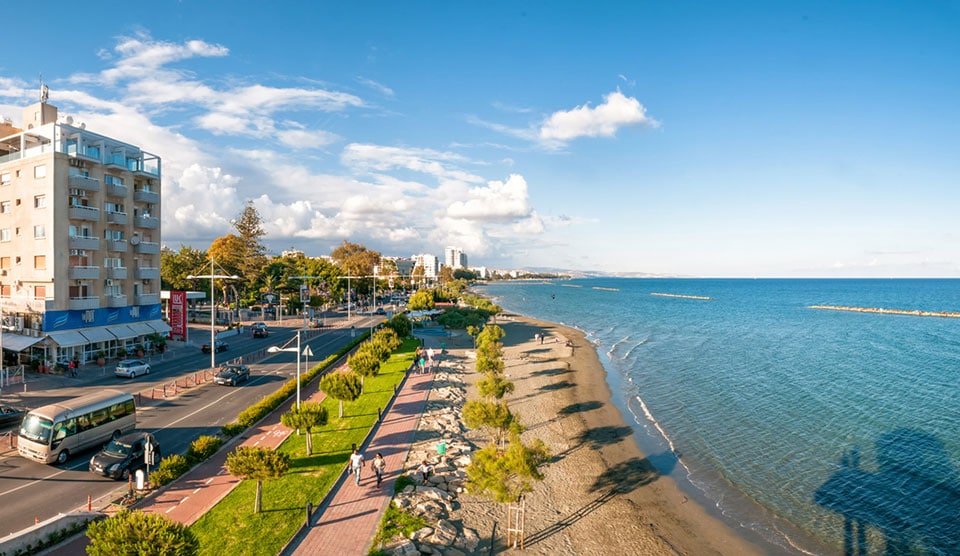 One of the things you should definitely do in Cyprus is to visit the Limassol Marina which is the culmination of luxury in Cyprus. It is a cosmopolitan hub for seaside properties with stunning sea views, shopping opportunities, food, cruises, and exclusive beaches. The activities you can take part in, include skiing, windsurfing, diving, sailing, and fishing. Cyprus has always had the ability to combine Eastern and Western culture, and the Limassol Marina displays it perfectly. 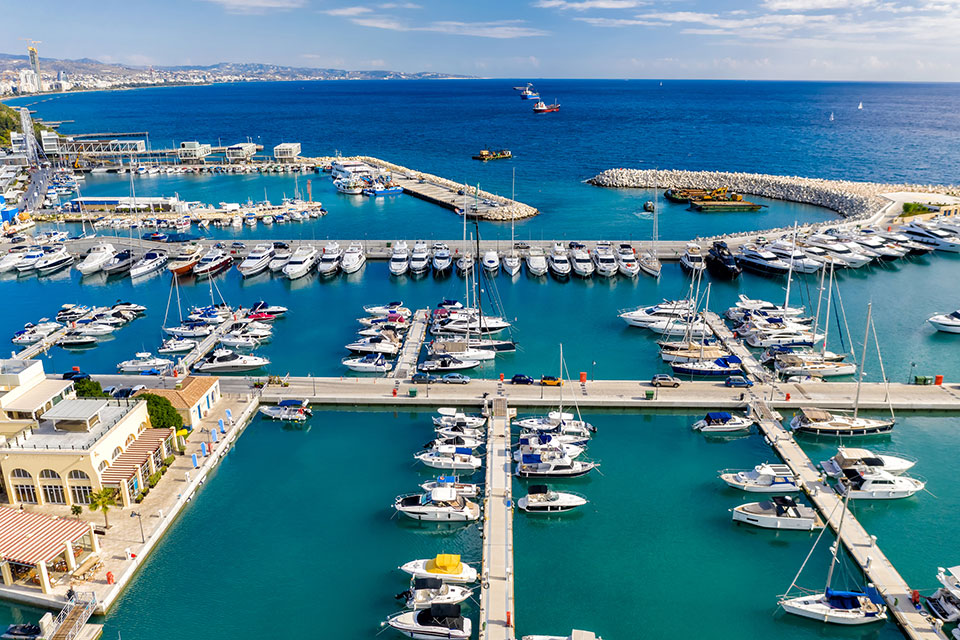 The Ancient Theater of Kourion

The Ancient Theater of Kourion is an exhibit of Cypriot antiquity and a must-see. Guided tours are not offered, but the site has many signs with detailed information. There are large buildings, intricate mosaics, and statues. 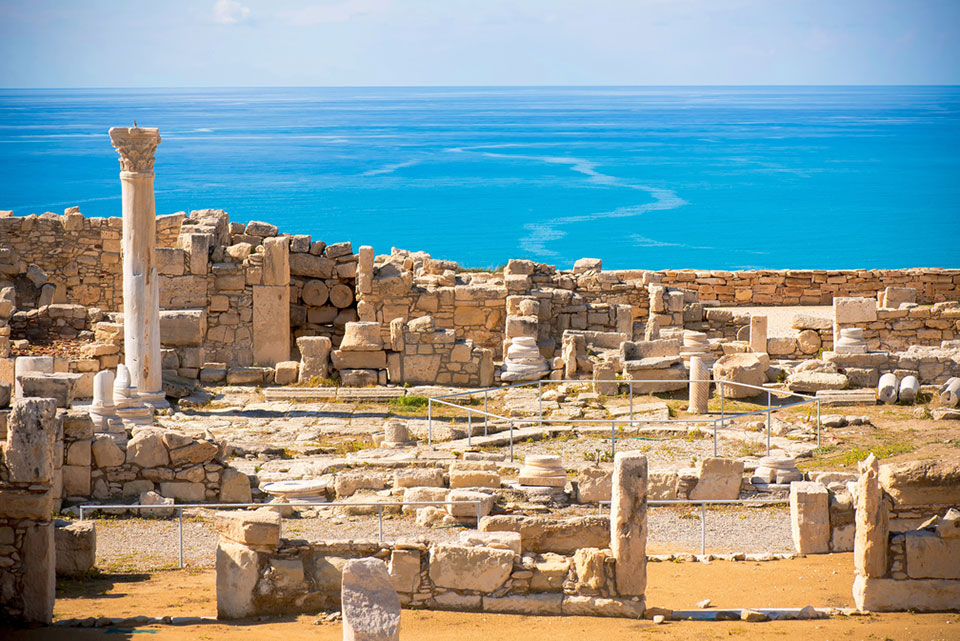 Located in the mountains of Troodos, Kakopetria will give you as much as any other place in Cyprus. Calm and serenity are dressed in the colors of nature! The village is the best choice for an excursion next to streams, bridges, and stone-built picturesque streets. The scenery from the past is ideally complemented by a walk in the watermills and museums. 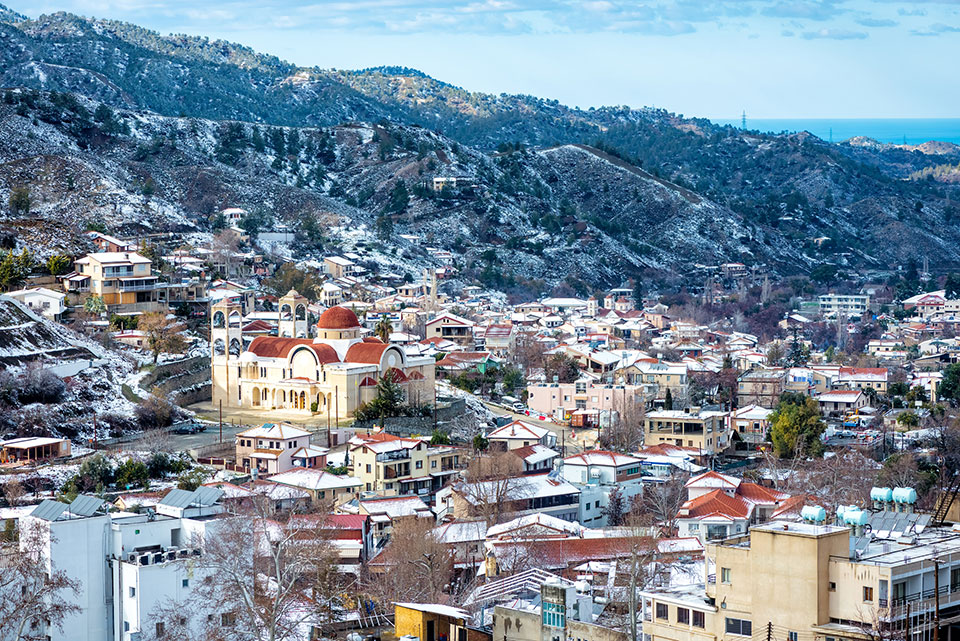 Nicosia, the long-suffering capital of Cyprus, is modern, lively, and at the same time traditional and picturesque. Nicosia is the only divided capital in the world, but that does not stop the city from evolving rapidly. Not only is the center of the economy and a strategic point with great reconstruction, but also a city with remarkable nightlife and cultural life. The old town with its restored colorful houses, churches and attractions, the lively pedestrian street of Ledra and the large squares are just some of the places worth exploring. Finally, outside the city, you will find some of the most beautiful villages in Cyprus. 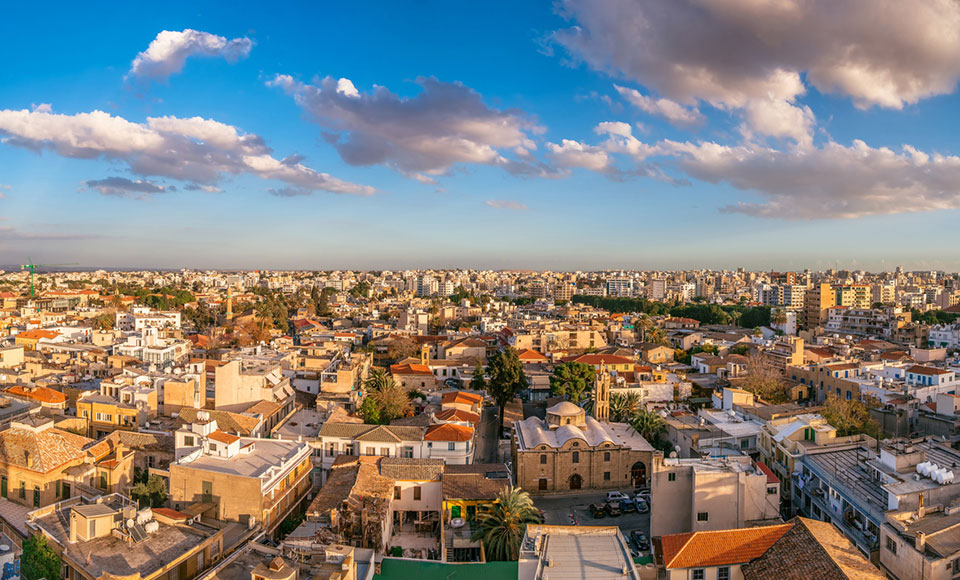 Larnaca is the city of Cyprus that has been inhabited mostly through years than any other! A city that has a long history (4,000 years), while at the same time has become modernized at a very fast pace. It is a different model of the city, since its beach looks like a tourist resort hosting many hotels, cafes, and shops. Visitors can take a walk at the historic center and of course the famous Byzantine church of St. Lazarou, the city’s patron saint. The most famous spot of Larnaca is the beach of Finikoudes, with the endless palm trees. A meeting place for many people, the beach of Finikoudes is connected with the coastal pedestrian street Piale Pasha, Alyki, Hala Sultan Tekke, and other picturesque neighborhoods of the city. 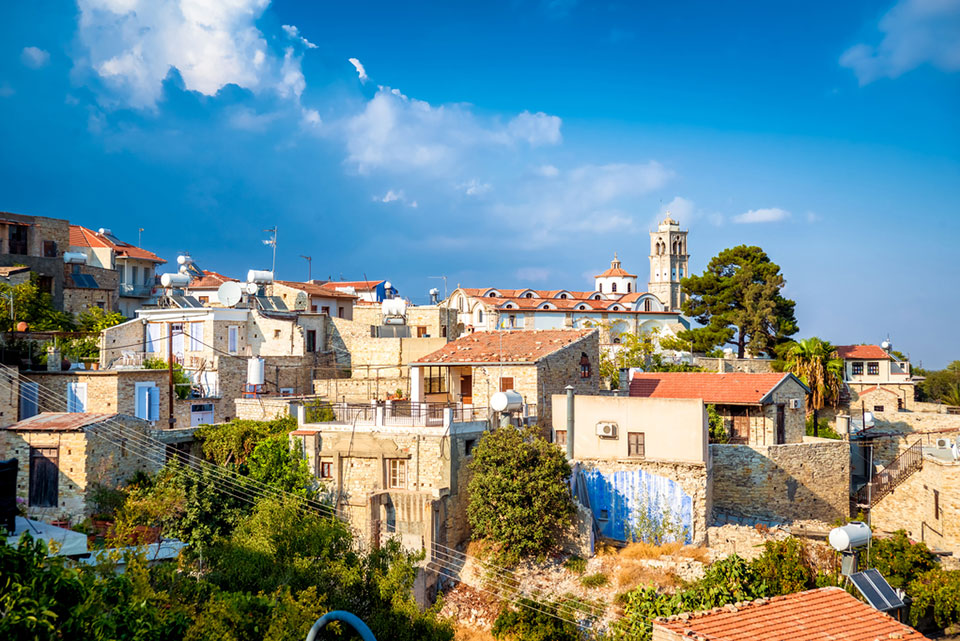 The Medieval Castle of Larnaca was built to protect the anchorage of Alykes by Louis XIV in the 14th century and played a significant role until 1570 when the Venetians demolished it to fall to the Turks. The latter rebuilt it in 1625 and strengthened it in a two-story building on its north side. After the end of the Ottoman period in Cyprus, the British turned it into a prison and used it during the first years of their rule. Today, the castle houses the Small Medieval Museum of Larnaca in three rooms and exhibit objects from the Early Christian Period (4th-7th century) and the Period of Ottoman rule (18th-19th century). 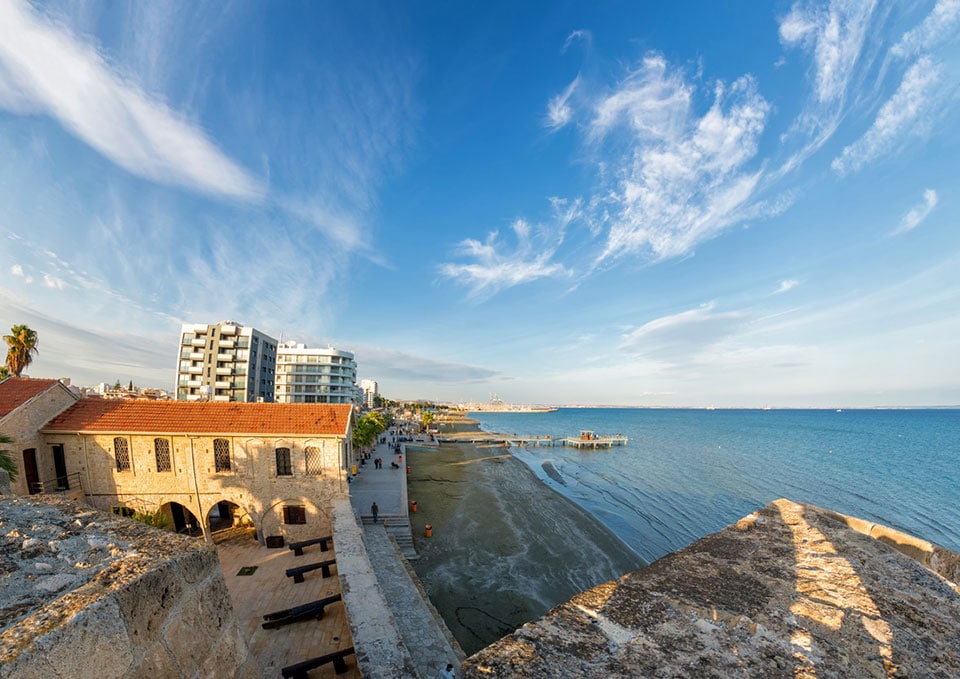 It is located in the southwest of Larnaca, it is the second “largest salt mine in Cyprus”, with an area of ​​2.2 sq. Km. Also, it has been declared as a protected area. During the winter, the lake is filled with water and hosts thousands of migratory birds, including flamingos and wild ducks. Explore its panoramic area on foot on the natural trail, 4 km high. which leads to the old Cairo Aqueduct. Along the way, you will find information about the flora of the area, while you can stop at the benches to enjoy in comfort the exceptional natural landscape. 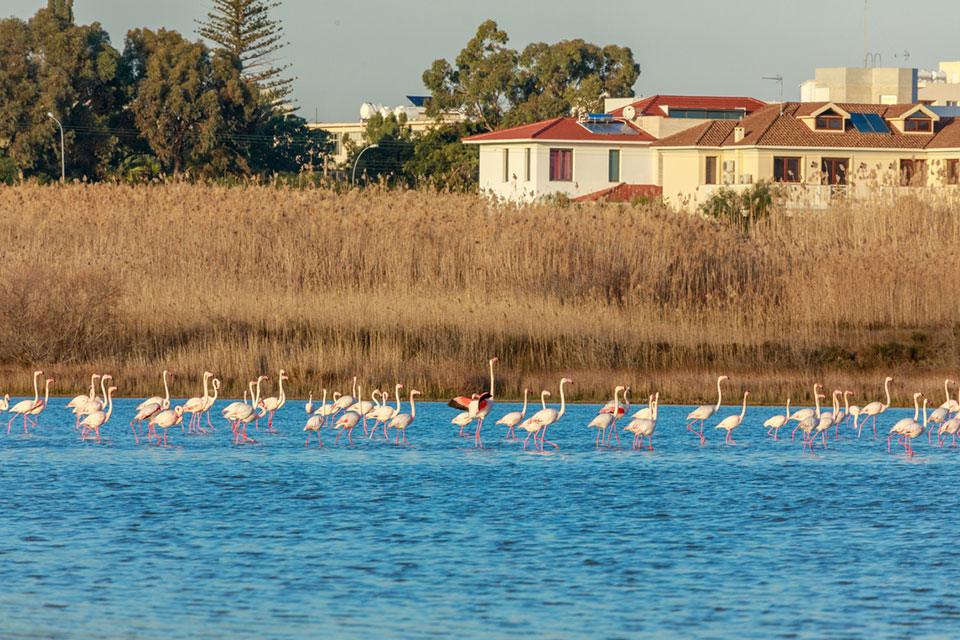 Due to its huge cultural heritage and its indisputable beauty, Paphos had been selected as the European Capital of Culture for 2017. Located in the southwestern part of Cyprus, it is a popular seaside resort with luxury hotels and important historical attractions, while its medieval castle has been designated a UNESCO World Heritage Site. It is divided into Paphos, which is the city’s tourist center, and Kato Paphos, which is the island’s pre-eminent tourist destination. There you will find a patchwork of cultures that will take you to different historical periods. 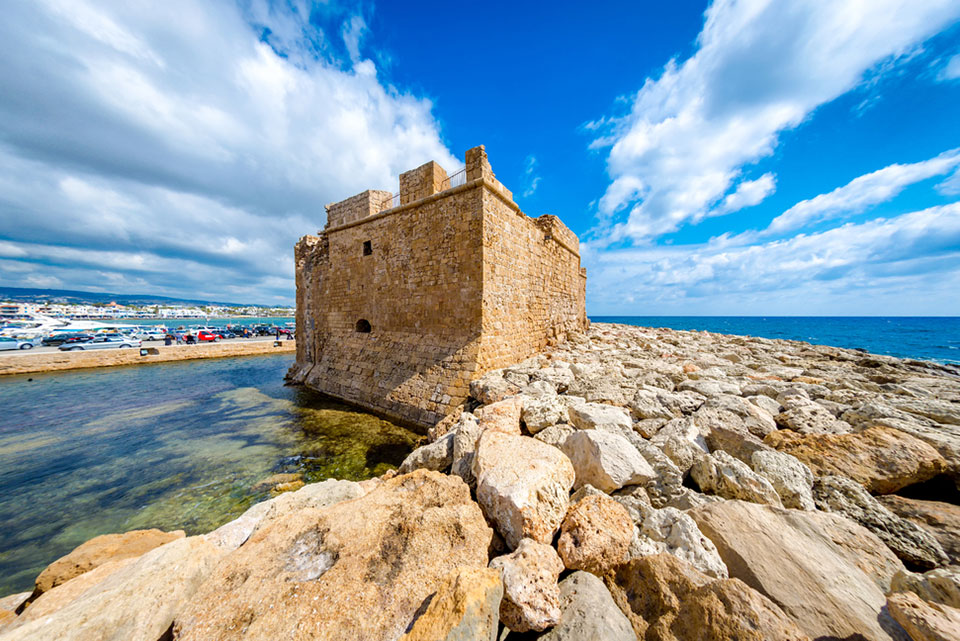 It is located on the southwest coast of Paphos Province and impresses the lionesses in its wild landscape and its distinctive landscape. This particular beach has been associated with the most beautiful of all the deities, Aphrodite, since, according to Psythos, the ancient goddess of love and beauty was born in this place from the foam of the sea. A characteristic feature of the “Stone of Rome” is the scattered rocks along the coast, which are connected to a sharp legend, by Digenes Akritas, who is said to have pushed the Saracen Arabs away from these rocks. 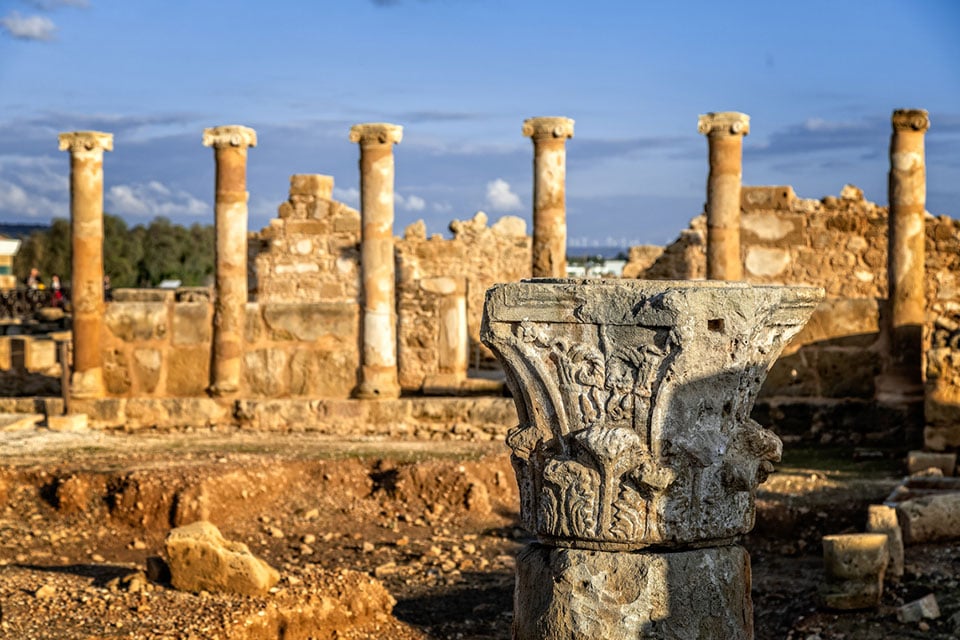 One of the most important archeological sites in Cyprus, the Archaeological Park of Kato Paphos has been included in the list of the UNESCO World Cultural Heritage since 1980 and is definitely worth visiting. Located just 3 km. from the city center, is an open-air museum with attractions and monuments from prehistoric times to the Middle Ages. During your tour, you will admire monuments such as the Asclepieion, the Conservatory, the Agora, the Fortress of the Forty Columns, the Russian mansions, and the ruins of the early Christian royal church of Licheniotissa.

Ayia Napa, is the city of rapid growth, beautiful beaches, and nightlife. The first building of the village was a monastery which was surrounded by dense vegetation for this reason and it was given the name Ayia Napa, which is the Holy of the forests. The small fishing village of the few inhabitants has developed into one of the most touristic stations in the world. Some of the beaches you should visit are Nissi Beach and Blue Lagoon. 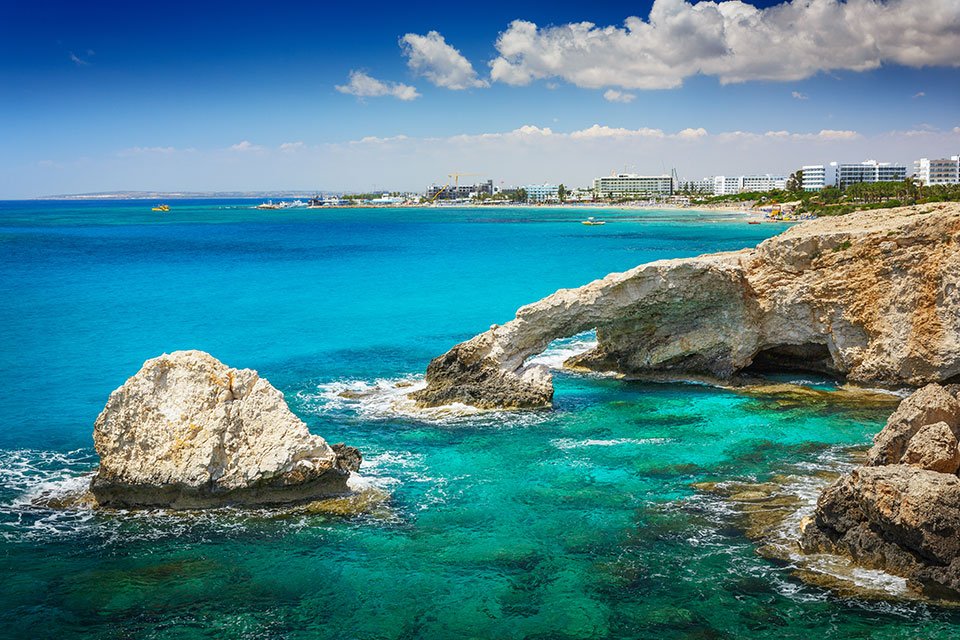 Cabo Greco National Forest Park is one of the most famous areas in Cyprus. The area is rich in fauna and flora, has underwater ravines, caves, vertical limestone rocks, a special bottom, and waters (Blue Lagoon) that you won’t find anywhere else in the island.

Protaras is the place that the locals prefer. Here the sea is wonderful and the landscape peaceful. Protaras has clear blue waters and sandy beaches. The most famous is the bay Fig Tree. It is worth mentioning that many couples choose this place for getting married. 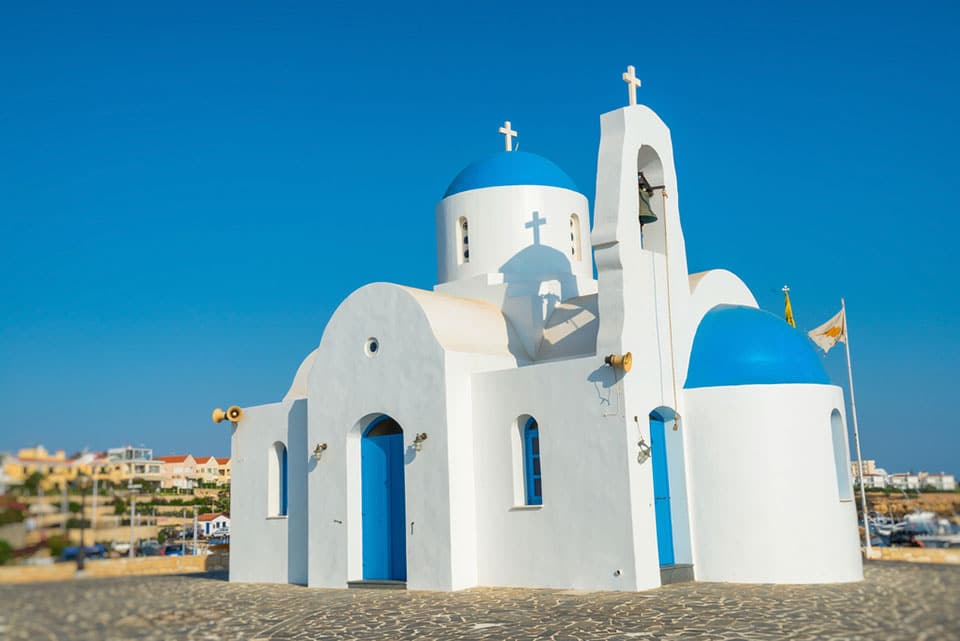 share on Facebookshare on Twittershare on Pinterestshare on LinkedInshare on Redditshare on VKontakteshare on Email
Antonia Maria MarkouJune 12, 2020 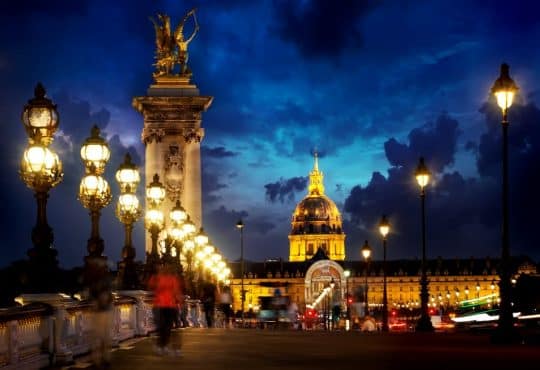 Top Places To Visit Based On Your Star Sign, 2020 – Dream Vacation

Azhar AlviBusiness TravelLuxury Superyacht CharterJuly 15, 2020July 15, 2020
Often, our leisure travel choices are defined by what others have recommended us with or what we see people doing...