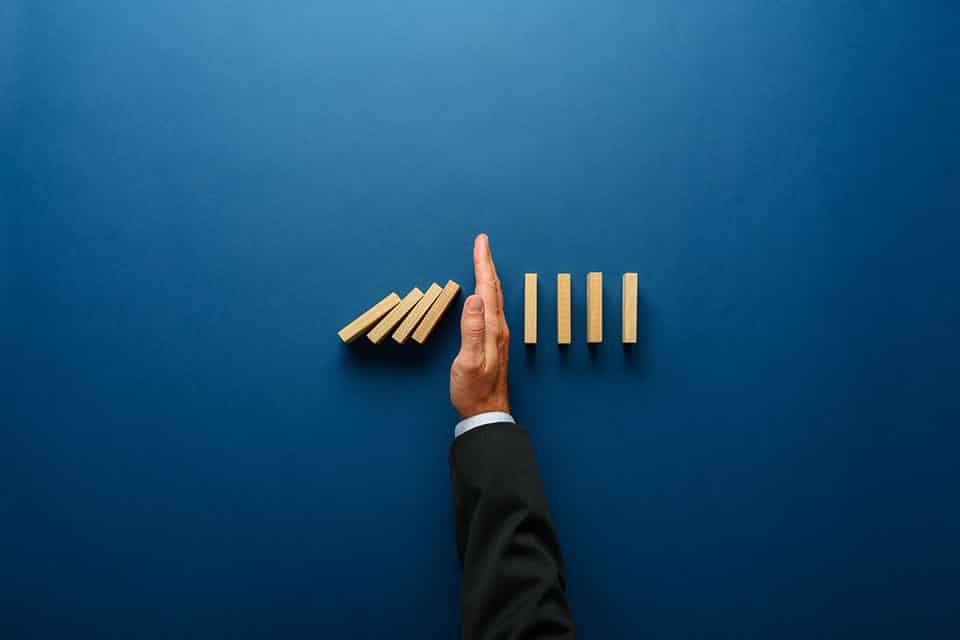 Picture two early humans. One is our shared ancestor. The other is their companion. They are walking to a tree full of sweet fruit that they’ve visited many times before. Suddenly they hear a rustling in the long grass near the tree.

Our shared ancestor decides they aren’t hungry, turns around, and goes back the way they came. Their companion…. doesn’t, which is why they are a “companion” and not a “shared ancestor.”

Reading that passage probably caused a “run” reaction in you, even for a second. That’s because our brain is wired to keep us “safe,” but especially during and after crisis that wiring tends to cause us to overcorrect. For a more recent example look at the spike in auto accidents and deaths after 9/11 or the singling out of entire groups of people for censure.

As we move through and out of crisis there’s a lot of talk about “returning to normal” or “adjusting to the new normal,” which misses the point that “normal” is a very specific mental construct. What is “normal” in Calgary is different from what is “normal” in Red Deer (90 minutes north of Calgary), which is also different than “normal” in San Francisco, Madrid or Bucharest.

“Normal” in any location post-crisis tends to fall on one end of a pendulum. “Normal” pre-crisis was somewhere near the middle, maybe a little to the left of center, maybe a little to the right. Post-crisis, because of our tendency to overcorrect puts us to one of the extremes – either nothing is okay to say or do or everything is okay to say or do.

As Krish Dunham said at the 2020 Sandler Summit, “nothing grows on the mountain tops. It’s in the fertile valleys in between where life flourishes.” So at the extremes we can survive, but we will not flourish until we move toward the fertile valleys.

While we are great at overcorrecting to an extreme we are pretty lousy at re-correcting towards the middle because of our belief that past experiences tend to predict future outcomes, also known as “once bitten, twice shy.” As much as we might want to adjust back from an extreme position our brain halts our momentum to keep us “safe,” essentially saying, “you don’t want to go down there. It was bad before and it’s probably still bad now and it probably will be bad for a very long time.”

Over time those internal messages become wired in as beliefs. David Sandler described how we create a self-fulfilling prophecy to nowhere though our outlook of either possibility or limitation (you might say “glass half full / half empty”), which informs our beliefs (generalized statements about the world like, “the world is ending because of this crisis”). Our beliefs then cause us to make judgements (specific statements like “because the world is ending my business is doomed”), which cause us to take (in)actions. Those (in)actions create results, which reinforce our beliefs and so on and so on until our self-fulfilling prophecy comes true. Sandler called this “the belief wheel.”

The way to escape this self-fulfilling prophecy is to “behave your way out of a funk.” If we sit around waiting for our beliefs to change the prophecy will be fulfilled; however, if we take small, daily actions that run counter to our beliefs (e.g. even if we believe our business is doomed we pick up the phone and call a current client or a prospect), we will get different results, which will eventually re-write our beliefs.

Working against us is that humans are really terrible with the future, we’re okay with the present and we’re really, really good at the past (when everything was wonderful as imagined by our “safety” oriented brain). What typically happens when we attempt to take action to change our beliefs is we take massive action that generates little to no results, which actually doubly reinforces our negative beliefs.

Instead be “better than zero.” By doing one action whether that’s a sit up or a touch call to a client we create momentum and over time we create so much momentum that our brain’s safety wiring can’t stand up to the positive energy we created through small, daily actions.

While we seek to return to the fertile valleys after we overcorrect let’s also not throw out everything that we learned on our way to the extreme mountaintops. Another version of overcorrection after a crisis is to lock up all of our learnings, new or adjusted ways of interacting and new systems and processes into a “crisis” box in our brain, which we promise to pull out the next time a crisis hits. By not examining our learnings and new or adjusted ways of thriving in a crisis we increase our chances of having to re-learn and re-adjust because we’ll have forgotten what we learned this time the next time.

Because we’re human we have already overcorrected in reaction to this crisis. Now let’s examine where we sit, somewhere between the fertile valley and the mountaintop, so we can develop a response that includes “better than zero” daily actions to create momentum and return us to the place where we can thrive.

Until next time… go lead.

tweet
share on Facebookshare on Twittershare on Pinterestshare on LinkedInshare on Redditshare on VKontakteshare on Email
Hamish KnoxJune 2, 2020