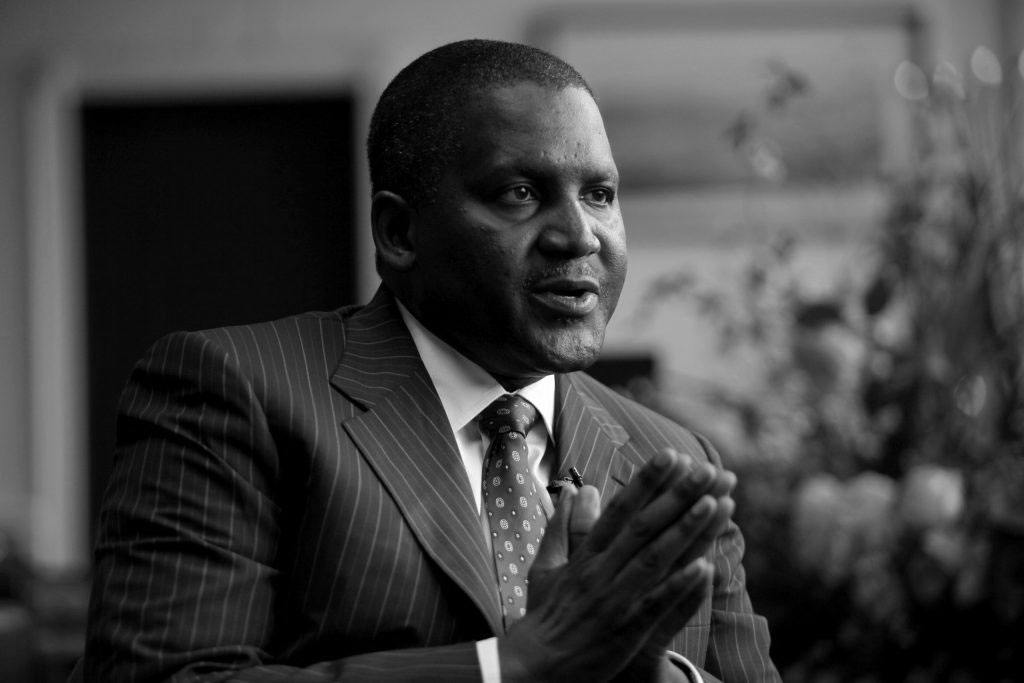 With a net worth of $10.1 billion, Nigerian billionaire Aliko Dangote is the wealthiest man in Africa and the only African on the list of top 100 richest in the world. Along with Aliko Dangote, three other Nigerian billionaires who made the list were oil and telecoms mogul Mike Adenuga whose fortune is currently estimated at $7.7 billion, Abdulsamad Rabiu ($3.1 billion) and Folorunsho Alakija, with an estimated at $1 billion.

Isabel dos Santos, an Angolan businesswoman, the eldest child of Angola’s former President José Eduardo dos Santos (who served as President of Angola from 1979 to 2017), is the richest woman in Africa.

South Africa is home to 8 billionaires in Africa, followed by Egypt (6 billionaires); Nigeria (4 billionaires); Morocco (2 billionaires); and Algeria, Angola, Eswatini (Swaziland), Tanzania, and Zimbabwe – 1 billionaire each. Only 2 woman features on the list of the 25 richest people in Africa — Angola’s richest person, Isabel Dos Santos and Folorunsho Alakija from Nigeria. 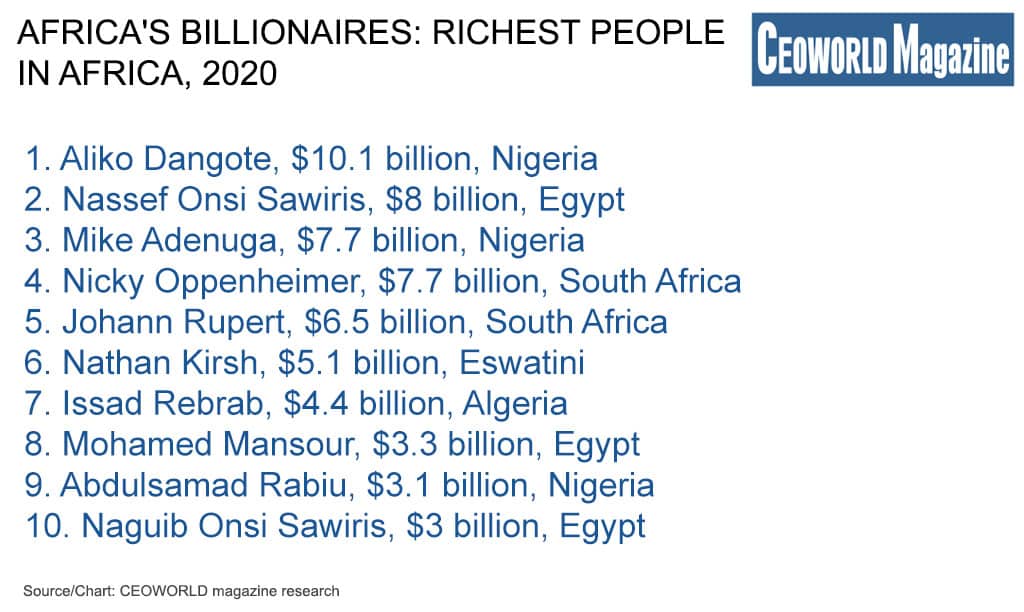 tweet
share on Facebookshare on Twittershare on Pinterestshare on LinkedInshare on Redditshare on VKontakteshare on Email
Ryan MillerFebruary 13, 2020