CEOWORLD magazine - Top Stories - Business Luxury Lifestyle - How This Silicon Valley CEO, Top Economic Theorist, and Mother Proves That Women Can Have It All. 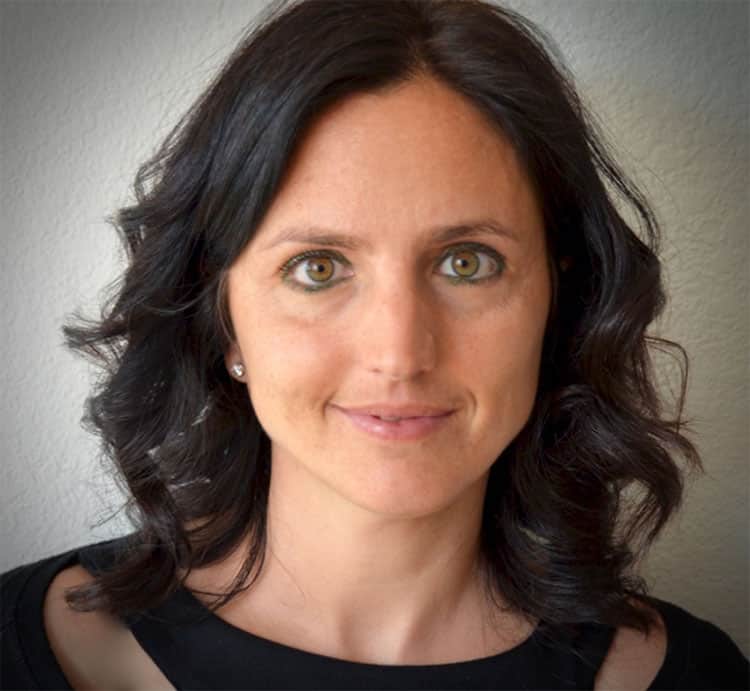 Dr. Silvia Console Battilana isn’t your usual economist. She’s a highly regarded multibillion-dollar auction expert who once lived with a Masai tribe in Kenya in a mud house without electricity or running water. That fun fact might surprise you, but only if you don’t know Silvia. A young entrepreneur with a passion for auction theory and a doctorate in economics from Stanford University, living in a mud house is just one of many adventures she’s had that has led her to where she is today. She’s worked with non-profits to raise funds and helped government agencies and Fortune 500 companies succeed in high stakes auctions.

Silvia’s well-rounded work experience is what makes this young economist and top female game theorist stand out among her peers. It’s her passion for philanthropy and gender party initiatives in Silicon Valley that earned her recognition in the “40 under 40” edition of the Silicon Valley Business Journal (2011), and it’s her entrepreneurial spirit that led her to co-found the high stakes auction company Auctionomics with world famous economist Professor Paul Milgrom. She was also named a Young Global Leader of the World Economic Forum, represented Italy in the famous Davos conference, was named European Young Leader and has been an invited speaker at top universities such as Harvard, Berkeley and Caltech.

In 2007, Silvia graduated from Stanford University with a Ph.D. in Economics and, at 26, she began teaching political economics to PhD students as a visiting professor at Bocconi University.  Since completing her Ph.D., she has consulted governments and Fortune 500 companies in auctions in sectors such as energy, transportation, financial assets, spectrum, fishing rights, internet ads, and natural resources.

Economists might have a reputation for being dry and uninspired. However, Silvia is quite different. She planned her wedding while in an underground bunker during a high stakes auction and got married off track on skis wearing a 4-meter veil. Silvia is a devoted mother to two children, ages three and five, and is even a competitive beach volleyball player. In the past year, she ranked both in California’s and the UK’s official beach volleyball rankings and trains daily with a former Olympian and an Italian national team player.

During the financial crisis of 2008, the U.S Department of Treasury called Professor Paul Milgrom because he had a patent, they wanted to use for a treasury bail out auction. Paul immediately called Silvia and asked her to join him for coffee and discuss the offer. He sought her out for the job because of her entrepreneurial pursuits, her great social skills, and the fact that she already had a successful company under her belt. Although the treasury decided not to run an auction, Paul and Silvia incorporated Auctionomics, a high-end consulting and software company that designs complex markets with a focus on multi-billion-dollar markets. As part of Auctionomics, Silvia has consulted with the U.S. Department of Justice and designed the $19-billion incentive auction for the FCC, the largest spectrum auction in history.

As CEO of Auctionomics, Silvia negotiates all contracts, and it’s not unusual for her to be the only woman in the room during multi-billion-dollar deals. She also manages the Auctionomics software team, working on cutting-edge artificial intelligence and machine-learning techniques such as particle filtering and Monte Carlo tree search, one of the building blocks of successful AI systems like Google and Deepmind’s AlphaGo. These simulation tools are used to assist bidders in beating their opponents. It is the ultimate high-stakes poker game incorporating nearly every statistic and mathematical function imaginable.

However, Auctionomics success lies in its deep visionary expertise by identifying market design flaws and finding strategies to help their clients maximize their earning and minimize losses. This approach to auction design is why leading Silicon Tech Valley companies and Fortune 500 companies come to Auctionomics to help them solve complex, multi-billion-dollar market design problems.  Today, the auction consulting firm is recognized as world experts in high stakes auction and market design because its founders subscribe to one important theory:

With a Ph.D. and two companies under her belt, Silvia Console Battilana is a formidable leader in the economic theory and high stakes auction circles and a devoted mother of two, and it’s exactly where she wants to be.

CEOWORLD magazine - Top Stories - Business Luxury Lifestyle - How This Silicon Valley CEO, Top Economic Theorist, and Mother Proves That Women Can Have It All.

tweet
share on Facebookshare on Twittershare on Pinterestshare on LinkedInshare on Redditshare on VKontakteshare on Email
Madeline FamiliaFebruary 4, 2020