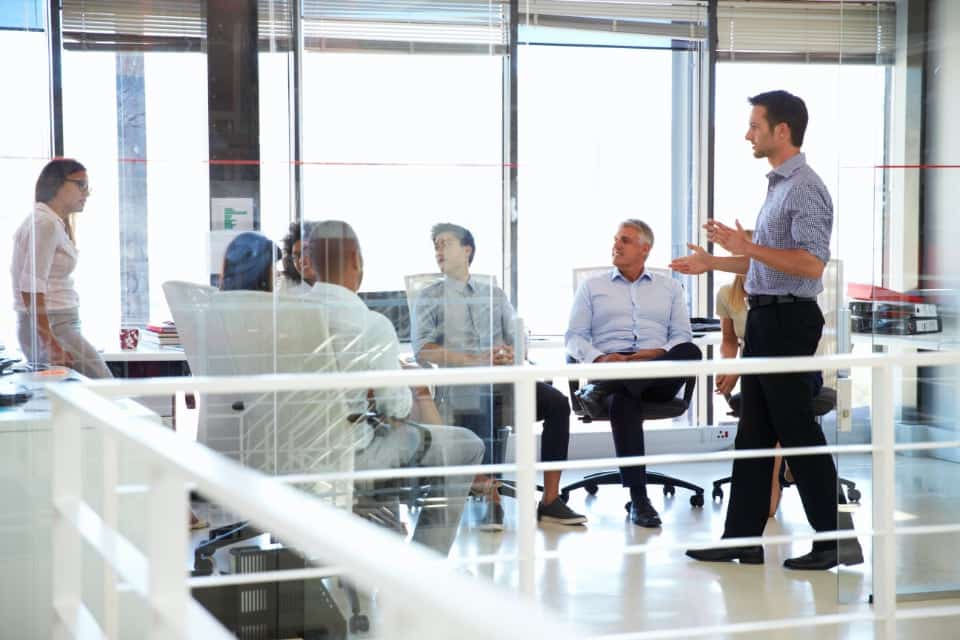 Up means down and down means up — We’ve all had colleagues who make it a practice of denying what we know is real. It happens in politics, science, business and anywhere: people whose beliefs are a million miles away from reality.

Bad enough that they distort truths, but they also thwart our ability to get things done. For example, a four-year study by LeadershipIQ.com found that 23 percent of CEOs were fired for denying reality, meaning refusing to recognize negative facts about their organization’s performance.

Unfortunately, we often jump into arguments and toss out facts in an attempt to overwhelm them — after all, their own perspective isn’t even based on what’s real. But that’s the worst thing to do. To leave your colleague unconvinced, start arguing — and good luck.

Research in cognitive neuroscience and behavioral economics shows that arguing rarely changes anyone’s mind when it comes to a charged issue. Even if a colleague’s assertion is so divorced from fact it makes your jaw drop, you will not make a dent in their iron-clad belief system. We suffer from a vexing misjudgment — confirmation bias— that makes us seek and interpret information to conforms with our beliefs, not change them. We are emotionally invested in continuing to believe what we believe.

When confronted with facts that refute our own worldview, we tend to dig in. Instead of considering the other side, we defend ourselves, holding even stronger to our beliefs. This phenomenon — the backfire effect — happens when we are presented with an argument designed to make us feel bad about our self-worth or perspective on the world. It’s perceived as an injury, which causes us to forge an even stronger attachment to our beliefs, incorrect as they may be.

A far more effective to approaching colleagues who insist on denying reality is with dialogue. Five critical factors have been proven out by research: emotions, goals, rapport, information, and positive reinforcement; or EGRIP. Address them, and you can steer people away from their false beliefs.

EGRIP applies in any context, but it’s especially useful at work. Follow these guardrails, framed around a common workplace scenario, to best handle colleagues who choose to deny facts:

Carla is a team leader gearing the team up for a marketing campaign launch. Her target: one month from start, which the team knows is completely unrealistic. Since the initial planning meeting, development of the app being marketed has been delayed; the product may not even be ready to test by then. Rather than adjust the breakneck schedule, Carla insists the product team will “catch up” and that it’s better to stick with a plan than change it. When questioned in team meetings, she defaults to an “I’m the leader” stance — which makes her even harder to argue with. It’s up to Robert, on the team, to reason with Carla and salvage the situation.

Emotions are behind many a denial of clear facts and a counterargument in the face of reason. Instead, avoid triggering gut reactions by first working to understand the colleague’s emotions and figure out their emotional blocks. In Carla’s case,s he’s tethered her own sense of self-worth to a stubborn insistence that she’s right. She’s secretly concerned with appearing weak to team members and believes that shifting the schedule would show a lack of clarity. Carla was promoted to a leadership role recently, and hasn’t received any emotional leadership training.

Robert has come to understand Carla’s position.  She’s insecure in her new role as a leader and concerned with team members undermining her directives. He works on establishing shared goals, which is key for effective knowledge sharing in professional environments. He speaks with Carla about how they both share two objectives.  First that she succeeds as a leader for the long term, which helps the team succeed. And second that the marketing campaign be successful.

Robert listens carefully to Carla’s concerns and rephrases them in his own words. This form of empathetic listening, in which people listen in order not to counter but to echo emotions, builds trust and eases tensions. Robert relates how hard it must be to be new in the driver’s seat and want to make sure the team is not only loyal but respects Carla’s decisions and considers her a strong leader.

At this point, Robert starts providing new information without touching on the actual pain point. He discusses how research suggests that the strongest leaders are also able to take new evidence and smoothly change course. Once example of this is what happened at Ford Motor Company with Alan Mullally, who frequently shifted strategies to best tackle the issues at hand. He mentions the Pro-Truth Pledge, a public commitment to integrity that has been proven invaluable for strong leaders in all levels of the organization, as it makes them more credible and trustworthy. Had Robert approached Carla with this information to start, she might have just reacted in self-defense. But it’s now part of a broader conversation based on the rapport and shared goals they have built.  And Carla is interested, calm and receptive.

Robert asks Carla how she could convey these characteristics to those on the team who may not accept her leadership, and also better tackle the challenge of marketing a product with a delayed launch. He directs the conversation towards how it would show more strength if she course-corrected based on the new schedule, enabling the team to have time to complete their own tasks. She agrees — and Robert praises the move as the sign of a strong leader. The marketing launch is rescheduled to accommodate the production delays, the endeavor succeeds, team morale rises, Carla is seen as an effective leader, and it’s a feather in Carla’s cap.

This simplified version of a common situation at work shows the progression of steps involved in using dialogue, not argument, to better reason with an unreasonable position. Steering someone away from false beliefs is a matter of considering rather than confronting. You may be surprised how effectively you can undo the stalemate.

Top Rated Visitor Attractions In Every Country In The World.
The World’s Most Powerful Militaries.
World’s Most (And Least) Expensive Cities For Taxis.
The 26 Most Popular Islands In The Caribbean, 2019.

share on Facebookshare on Twittershare on Pinterestshare on LinkedInshare on Redditshare on VKontakteshare on Email
Dr. Gleb TsipurskyNovember 23, 2019