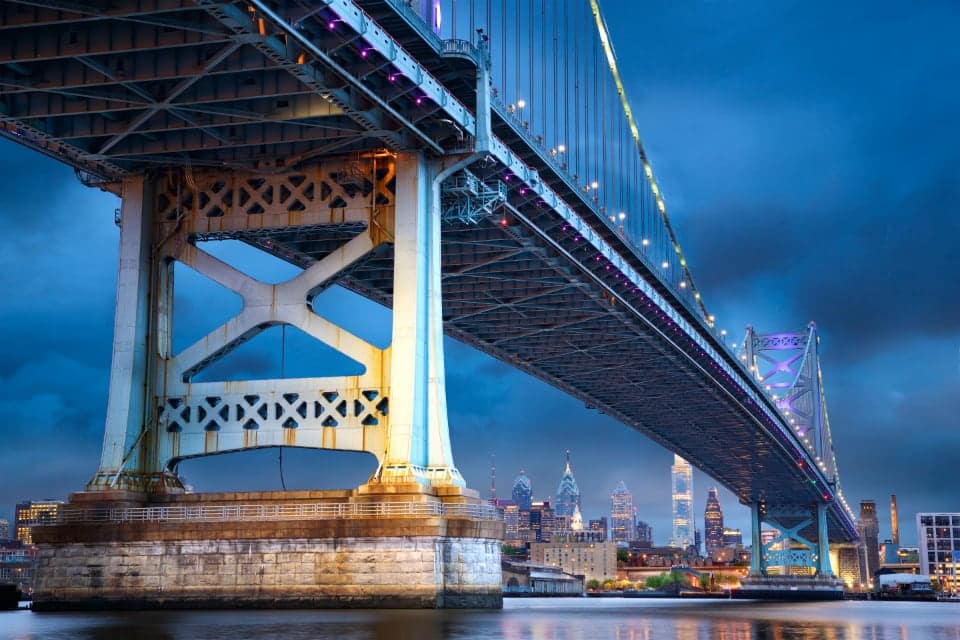 Philadelphia, popularly known as ‘The City of Brotherly Love’, is famous as the birthplace of the United States of America. The city is noteworthy for its marvelous history which is exhibited at its various sites. Art is also a big deal here. Featuring over 2000 outdoor murals, it’s been called the “Mural Capital of the U.S.” You can visit the city at its best from March to May when it not only has soothing weather but also welcomes you without creating a big hole in your pocket. Additionally, a spring visit will yield a burst of photogenic cherry blossoms around the city.

Philadelphia is undoubtedly a vibrant city, full of life, liberty, and happiness. The city is the land of winter events, some of which are Franklin Square Holiday Festival, Holiday Light Show at Fashion District Philadelphia, Holiday Tours at One Liberty Observation Deck, LumiNature at the Philadelphia Zoo, Christmas Underwater at Adventure Aquarium, Blue Cross RiverRink Winterfest, Macy’s Christmas Light Show, Rivers Casino New Year’s Eve Fireworks on the Waterfront, The Mummers Parade, and many more.Philadelphia features things of varied interests, including Art, Culture, History, and even kid-friendly zones. Philadelphia Zoo with 1300+ animals, Philadelphia Museum of Art, Outdoor Summer Concert, Walnut Street for shopping, Great Plaza at Penn’s Landing, Franklin Square for golf-lovers, the Rosenbach featuring rare books and documents are just to name a few. You can also witness massive and vibrant works by renowned street artists on routes of north & south of Market Street. Philadelphia is also home to the Wing Bowl, an eating contest that magnetizes crowds to the extent of 20,000 in number.

tweet
share on Facebookshare on Twittershare on Pinterestshare on LinkedInshare on Redditshare on VKontakteshare on Email
Aastha MaheshwariNovember 16, 2019