CEOWORLD magazine - Top Stories - C-Suite Advisory - What Goes Up Must Come Down: How Businesses Find Opportunities and Stay Bullish in a Bear Market 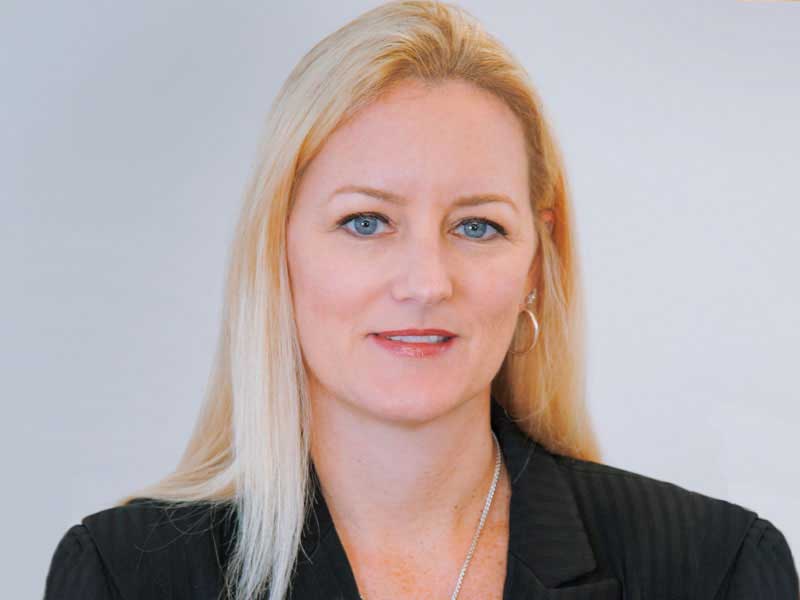 “Sell high, buy low” has been the mantra of successful investors at least as far back as the 16th century, when the Dutch East India Company established the Amsterdam Stock Exchange, yet given the growing disparity in wealth we see around the world today, it’s clear that few among the uninitiated have been brave enough to follow such sage advice. It’s understandable considering that many of us, particularly in America, find the stock market complex, hard to grasp and impossible to predict. At the same time, it’s ironic. Recessions in the United States have occurred with surprising regularity since 1797 when land speculation in the New World caused widespread panic. Expected though excruciating, recessions are in fact far more common to the cycle of business than the current economic climate we have been enjoying since June 2009, at which point recovery began after the market bottomed out in 2008. But, true to Isaac’s Newton’s law of motion, what goes up must come down. And when it does, it’s only natural that some businesses and entrepreneurs will run for cover while others will embrace a crash or a market correction like a cold shower in the desert at high noon.

There’s no doubt about it, we are living in turbulent times—or so we think. With such a sharp focus on the rolling stock market this year, it seems inevitable that this time the sky really will fall. If I were a gambler, though, I’d bet on the sky. As the founder and CEO of a public relations firm focused on technology and everything it touches, over the years I’ve seen businesses that panic at the sight of a market sloping downward. They tend to spin their wheels, with their thoughts tied up by fear. On the other hand, I’ve witnessed companies take the peaks and valleys in stride, strategically using slow times to tap into their creative resources. Whether designing new products and services or crafting targeted marketing and publicity campaigns, they are able to increase engagement with their existing customer base and grab the attention of new audiences. Recent history provides us with a plethora of examples of companies that prospered in the aftermath of the 2008 crash—the worst recession since the Great Depression. Here’s how they did it:

Along with these mavericks that survived and thrived through the shrinking economy, tenacious brand builders, large and small, could be found in every industry, even our own. When I founded Global Results Communications (GRC) in 2005 after 10 years in the business, my client base was the growing high-tech sector, which included the consumer electronics and mobile industries. It was a seamless push up and over the hill to 2009 and beyond primarily because of the kinds of clients we attracted. They were innovative, courageous entrepreneurs charting new courses, and mainstay organizations brazenly moving forward despite the obvious obstacles. Trusting our instincts and playing to our strengths, we leveraged the fear permeating the market and positioned them as confident and intrepid market leaders. And it paid off.

Telcordia Technologies, one of GRC’s earliest clients brought on in 2006, was at the time headquartered in Piscataway, New Jersey. Guiding the company through the downturn and beyond, Telcordia was generating revenues of $739 million by 2011. In an all cash transaction, on a cash and debt-free basis, it was successfully acquired by Ericsson for $1.15 billion in 2012 and became a wholly owned subsidiary of Ericsson. Still part of the GRC portfolio, the company was rebranded as iconectiv in 2013. Today, iconectiv is an invaluable client and telecom powerhouse that provides network and operations management, numbering, registry and fraud preventions solutions to the telecommunications industry.

Nuance Communications, a pioneer in voice recognition and conversational AI technologies for the healthcare, banking, enterprise and automotive markets, has been a GRC client since 2006, at which time it was a $600 million company. With continuous placements including interviews and features in top-tier media such as National Public Radio, Fast Company, New York Times, Wall Street Journal and Mashable among others, Nuance became a trusted source for the press corps and a recognized industry thought leader. By 2018, it had grown to a $2 billion company on the cutting edge of the most advanced biometrics and voice-assisted solutions for fraud prevention, as well as an automotive visionary helping to design the cockpit of the future for the world’s largest carmakers.

It’s hard to talk about finding opportunity in a Bear Market without mentioning one of the savviest investors of our time, Warren Buffet, whose favorite investment holding period is forever. His advice is priceless in the most literal sense. Admitting that his lack of knowledge in the technology sector has kept him on the fringes, he said, “Risk comes from not knowing what you are doing. Never invest in a business you cannot understand.” He also said, “In the business world, the rearview mirror is always clearer than the windshield.”

While it is easier to look back than to look into the future, it will not guarantee success. What’s likely to bring long-lasting success is investing in building a brand reputation that cannot be ruined in five minutes. One of the greatest benefits in focusing on tech PR is that we get a glimpse into the future well before it arrives. But we also have the incredible opportunity to help position brilliant entrepreneurs and organizations by developing imaginative strategies and stories to place them in the present. We do this through outreach that allows people to read and hear about them, as well as watch and try live demonstrations when appropriate. It’s always about developing a visual story through content that engages the senses, taps into emotions and triggers a favorable response. In our case, we get to script the next chapter of life before it happens because we know our clients are shaping it. Along with our world-class tech clients across the globe, GRC has continued to expand to include healthcare, retail, financial services, consumer and nonprofit groups all with one common characteristic: they are fearless even in the face of adversity, which in itself offers a compelling story that will transcend any market—Bear or Bull.

Written by Valerie Christopherson is founder and CEO of Global Results Communications (GRC).

CEOWORLD magazine - Top Stories - C-Suite Advisory - What Goes Up Must Come Down: How Businesses Find Opportunities and Stay Bullish in a Bear Market

tweet
share on Facebookshare on Twittershare on Pinterestshare on LinkedInshare on Redditshare on VKontakteshare on Email
Valerie ChristophersonSeptember 24, 2019

Valerie Christopherson is founder and CEO of Global Results Communications (GRC), an award-winning public relations firm trusted by both entrepreneurs on the cusp of new discoveries and multi-billion-dollar enterprises breaking new ground. A graduate of CSUF, Valerie holds a bachelor’s degree in both English and communications with a public relations emphasis. She also completed a social media certification program at University of California, Irvine. Valerie is an opinion columnist for the CEOWORLD magazine.
view all posts