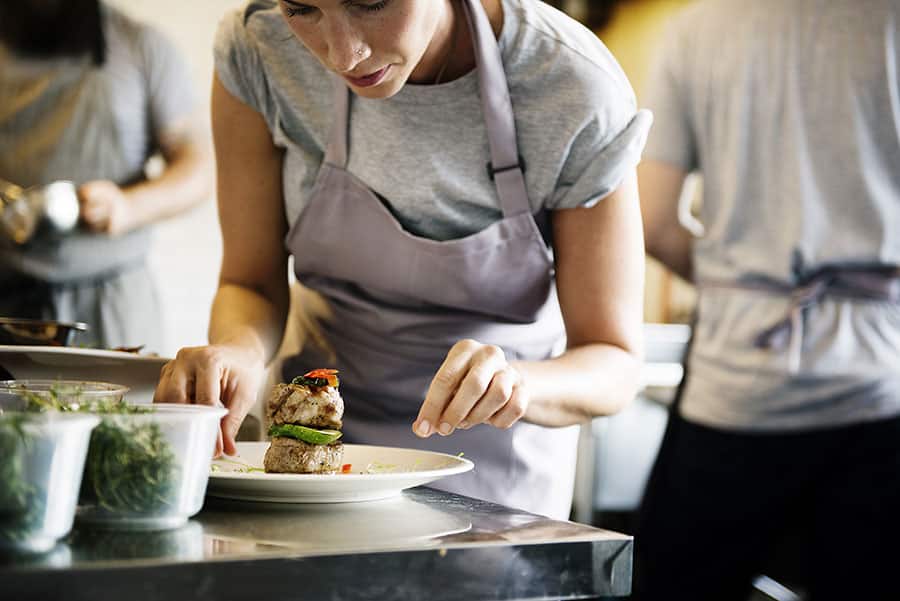 From Nordic gastronomy in Copenhagen to flavorful Indian street food in New Delhi and New York to Shanghai,, excellent cuisine is a determining factor for travelers when considering where to go next. We’ve made a list of our top foodie cities that should be on your list.

A wholesome meal is of prime importance to bring great experience and energize the body, enrich the mind and feed the soul. Food is one of those most culturally strong aspects of a region which reflects the individual lifestyle and heritage. To know about a region and study its history, food is the perfect place to start with. The world has great versatility and variety when it comes to multiple cuisines.

New York has been recognized as the world’s best city for food lovers 2019, according to a survey by the CEOWORLD magazine, while Paris and London placed second and third, respectively.

The data come from an annual survey of 87,000 food enthusiasts and 9,000 gourmet experts in 92 countries commissioned by the CEOWORLD magazine. The study was conducted over three months from March 20 – August 19, 2019.

The 2019 rankings placed Tuscany in fourth ahead of Mendoza into fifth; while Manila ranked sixth, and Copenhagen seventh.

Overall, among the top 10 best cities in the world for food lovers in 2019, the eighth, ninth, and tenth positions are held by Matera in Italy, Amsterdam, and Ho Chi Minh City.

Best cities in the world for food lovers in 2019 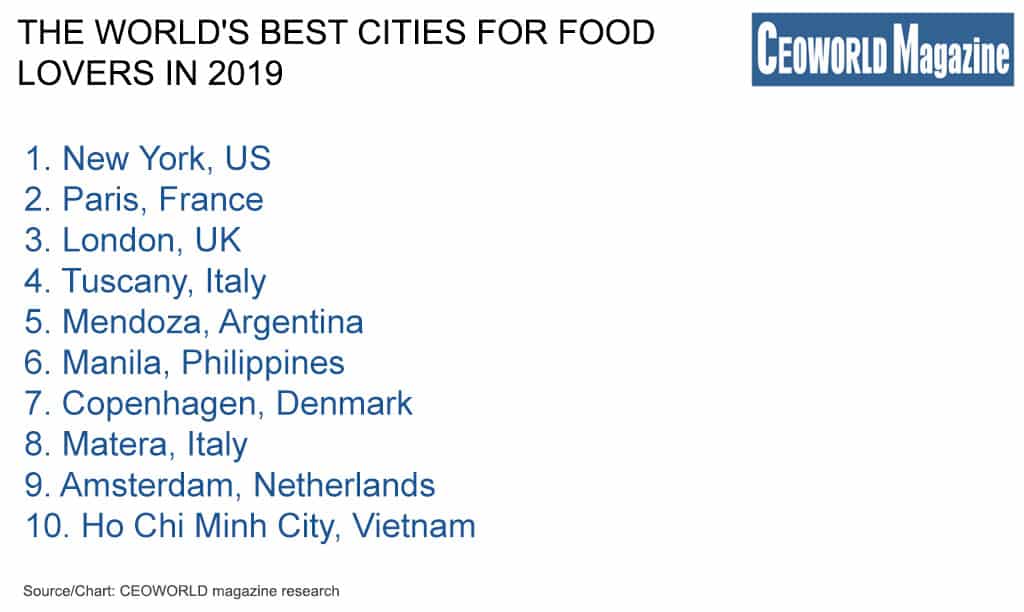 Paris, France: Indulge in the Parisian food bliss with croissants, Croque monsieurs which can be tasted near the Eiffel Tower. One can also opt for the full-day food tour which brings you the best for French food and of course the indigenous wine. Another added perk is, the traveler can also take a French cooking class to understand the nuances of their cooking and the art involved.

London, UK: Great Britain has a great history of food and regarded to have the best breakfasts ever in the world. While the popular belief says English food is only popular for Fish and Chips, there is more to explore in the historic city. London has the regard of having 1500 tea spots where one can indulge interesting world-class teas on a lazy afternoon. London is also famous for food markets including Camden and Borough which are extremely famous for street food.

Tuscany, Italy: Imagine tender, homemade pasta with meaty and rich tomato sauces and indulging in the world’s greatest wines ever- yes, all these can be possible in this pretty town Tuscany! Also, try the briny olives, and antipasto on the terrace looking for a breathtaking view of vineyards. Interested food enthusiasts can also get into wine tasting tours and try out an Italian cooking class to sharpen the skills.

Mendoza, Argentina: Though this destination is famous for its wines, it is also admired for its culinary versatility. In fact, Mendoza is a perfect place to visit for the three golden aspects- good food, wine, and adventures. Try out a meal at Siete Fuegos which has fine dining on an open fire and opt for a relaxing stay at the Vines Resort and Spa.

Manila, Philippines: For all those lovers of street food, Manila is the hub for it. El Nido, in the island of Palawan, is another must-visit foodie destination. Try out Balut which is a 21-day old fertilized duck egg and regarded as the most iconic dish in the region. Ihaw- Ihaw is a quirky little grill dish which is prepared in a skewer.

Copenhagen, Denmark: The breathtaking capital of Denmark has some best foodie options. Eat at Noma, the highly acclaimed restaurant which enjoyed the top charts at The 50 World’s Best Restaurants List. Relae is an organic restaurant along with food trucks and street foods gracing along the streets of the city.

tweet
share on Facebookshare on Twittershare on Pinterestshare on LinkedInshare on Redditshare on VKontakteshare on Email
Sophie IrelandSeptember 9, 2019