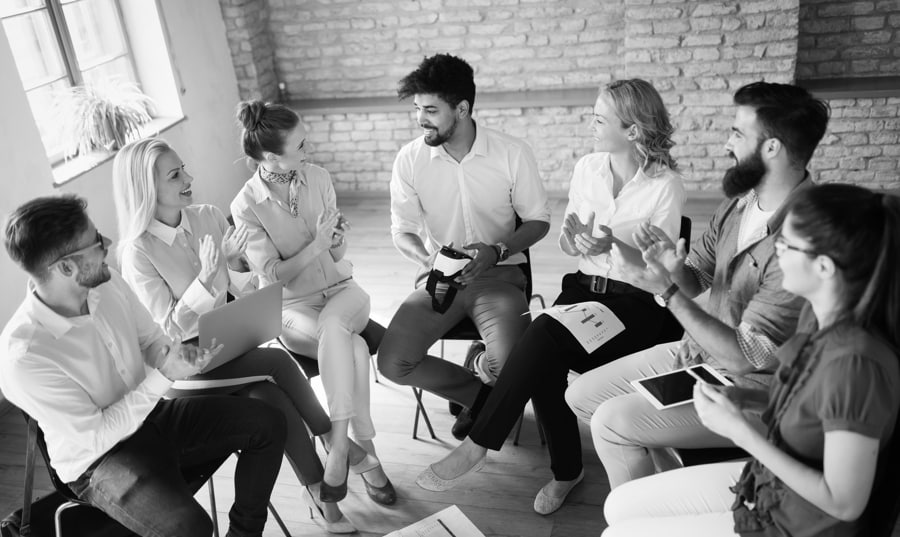 I remember my 30-year-old daughter’s first fortune cookie message like it was yesterday: The secret to getting ahead is getting started.  For a kid still in the single-digit age bracket, I thought it was appropriate.

I’ve also learned over the years, that getting off to a great start can be even better.  It’s sets the bar at a high level, keeps us from having to play catch-up, minimizes the potential for unnecessary conflict, and sows the seeds for maximizing potential, whether it’s for individuals, groups, teams, or organizations.

Earlier this week, I visited a company in Memphis, Tennessee, which operates “inside peer groups” comprised of employees who represent a wide range of departments.  In their monthly meetings, they develop their leadership skills, explore possibilities for greater collaboration, and address complex challenges and opportunities that cross departmental lines.  From time to time, the group will bring recommendations to the CEO for his review. Some of the employees have been involved with these groups for as long as four years (when the company first started the program), while others were participating in their very first meeting.

The groups are run a bit like sports teams. There’s a start and end to the season, a break, and then a new season begins. My job was to serve as the first speaker/workshop facilitator for season five, where I delivered a program specific to helping new groups get off to a great start.  It aligns with has been accepted since 1965, when Bruce Tuckman introduced his four stages of group development – forming, storming, norming, performing. Because no one spends as much time as they should forming (agreeing on a collective understanding of the rules of engagement and purpose of the group), the storming stage can be more intense and last far longer than necessary.  A lack of attention to forming is too often something from which groups or teams rarely fully recover.

The Five Factors common to high performing groups offers a simple framework that may be helpful for you as a leader when it comes to kicking off any new group or team.  The group members use the framework to set expectations and group norms that will guide individual member behavior, group practices, rewards, consequences, and agreement about what success looks like.  It not only works for brand new groups, but also for groups and their leaders who may be in need of hitting the reset button. The framework involves a series of questions:

Tuckman had it right back in 1965, and in 1977, he actually added a fifth stage called adjourning.  It’s in this stage where the wellbeing of the team members is more pronounced and when everyone can truly reflect on their success and how they can improve the next time each of them is part of another group.  In my experience both leading and serving as a group member, the more time the group spends on stage 1, the better the overall experience. Getting off to a great start is the key to helping the group achieve an even greater result.

Written by Leo Bottary.
Have you read?