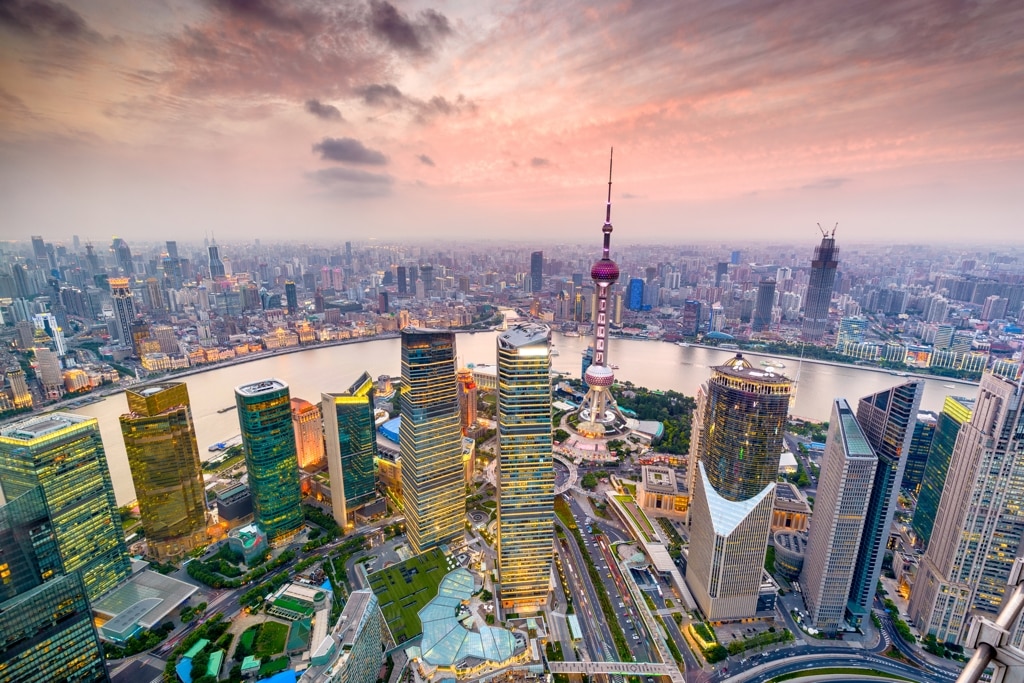 One big difference between American companies and private Chinese companies is the way they develop new businesses.

For linear-thinking Americans, the steps to start a business are ready-aim-fire: develop a business plan (ready), raise the money required to create the business and develop a marketing plan (aim), then execute the plan (fire). Basically, Americans look at the market and then develop a product.

Chinese are lateral thinkers and more of what I would call aim-fire-ready. The Chinese will look at how much money they have or can raise (aim) and develop a business to fit their budget and start selling (fire). Then, according to how the business goes, they will adjust their plan (ready). (Some of my Chinese friends disagree and think the Chinese business style is fire-fire-fire.)

Here is an example of a Chinese company following the aim-fire-ready model. One of the biggest flat panel producers in the world decided to acquire hospitals. I asked the company what producing screens for TVs or smartphones had to do with running a hospital.

They didn’t bat an eye. Here was their lateral logic: since they operate mega-sized factories, they have very good relationships with the governments in the localities where they operate. They said that everyone knows running hospitals in China is a good business, but the difficult part was buying out poorly run, existing state-owned hospitals. With their government connections, they realized their advantage over competitors in securing these deals. So, they “aimed” at hospitals, they “fired” by acquiring some, and now they were getting “ready” to operate them. I asked again what they knew about running hospitals. Their answer was that they would learn as they went along! Aim-fire-ready.

I think BYD is another good example of Chinese entrepreneurial business development. They started off as a small maker of rechargeable batteries. They grew over time and, with the money they had amassed, decided to start making gasoline engine cars. This lateral move from manufacturing cell phone batteries to producing gasoline engine cars seemed inscrutable to stock market investors, who were unable to draw a connection between these two products.

BYD’s thinking was that they were good at batteries so they could make electric vehicles in the future, therefore normal cars would be a good in-between step. The business started well, which allowed the company to leverage this success to go into solar equipment and electric buses. BYD went into new businesses first with only lateral connections: rechargeable batteries to gasoline engine cars to solar to electric buses to electric cars, and they learned each new business as they went along.

Another big difference between American and Chinese businesses is the Chinese attitude toward costs. Chinese companies originally started off with huge cost advantages. The perception in the West was that this was primarily due to cheap labor, but there were many other factors.

If the Chinese company was state owned, well connected, or focused only on gaining market share, the management wouldn’t factor funding, advertising, R&D, management costs, fixed factory costs, depreciation, or anything else at the SG&A line into pricing.

Energy and water prices are also artificially low for industrial companies in China. Only the variable costs of materials, manufacturing wages, and distribution are considered. Pension or medical costs for employees are low. There are no real unions, and costs from environmental concerns are minimal. On top of all of that, Chinese companies get export tax rebates of up to 17 percent to help them sell overseas. China also massively weakened their currency in the mid-1990s and rode that tailwind for two decades. Lastly, they are not shy about reverse engineering or patent infringement, which dramatically lowers development costs.

Amazingly, almost twenty years too late, the US is realizing it made a mistake allowing China into the WTO because of these unfair, low-cost aspects of manufacturing in China. It took a long time, but the resultant massive trade deficit the US has with China and the huge loss of manufacturing jobs in the US, as well as the incredible amounts of intellectual property China has infringed upon or stolen have finally caused the US to wake up to the problem and to respond by ratcheting up trade tensions.

On top of the rising threats of a trade war, another challenge for China today is that labor costs have risen more than double digits for most of the past fifteen years. Chinese labor is no longer cheap and automation technology is improving rapidly. The government is also increasing its enforcement of environmental standards. The Chinese response to this situation is pragmatic.

They would rather the Chinese companies lay off workers and add robots to the workforce than to allow the factories to move back overseas. Huge supply chains have built up in China over the past decades, so this strategy appears sound. Blue-collar employment remains the open question. But with the one-child policy and shrinking working age population, increased automation is not as big a problem as it seems. Most one-child policy kids don’t want to work fifteen hours a day, six days a week in an assembly shop anyway, as they’ve grown up as the spoiled generation.

Amazingly, despite the 1.4 billion person population, one of the most frequent complaints I hear from factory owners in China today is the shrinking labor pool. They simply cannot find enough workers and need to run their plants at below full capacity as they ramp up automation.

Developing new business in China and the US both have their pros and cons, and as an entrepreneur, it’s important to understand the difference before you enter the market.

The following is adapted from Culture Hacks: Deciphering Differences in American, Chinese, and Japanese Thinking by Richard Conrad.

# Best Film Schools In The World For 2019.
# 5 Tips That May Help You Make The Best Out Of Your Internship.
# 6 Facts About North-East India Every Traveler Should Know.
# Save Planet? Know 5 Facts About Eco-friendly Fashion.

Richard Conrad grew up in Washington, D.C., studied engineering and economics at Vanderbilt University, earned a master's degree in Economics as a local student at Fudan University in Shanghai, China, and later earned an MBA from the University of North Carolina at Chapel Hill. He worked for the last sixteen years for a large US money management firm researching, analyzing, and investing in Chinese and Japanese equities. Richard Conrad is an opinion columnist for the CEOWORLD magazine. For advice on cultural differences in American, Chinese, and Japanese thinking, you can find Culture Hacks on Amazon.
view all posts

Grow the Pie: Do businesses that create value to stakeholders also generate profits for investors?

Alex EdmansC-Suite Advisory
Sustainability is the corporate buzzword of the day.  It was the theme of this year’s World Economic Forum in Davos. ...