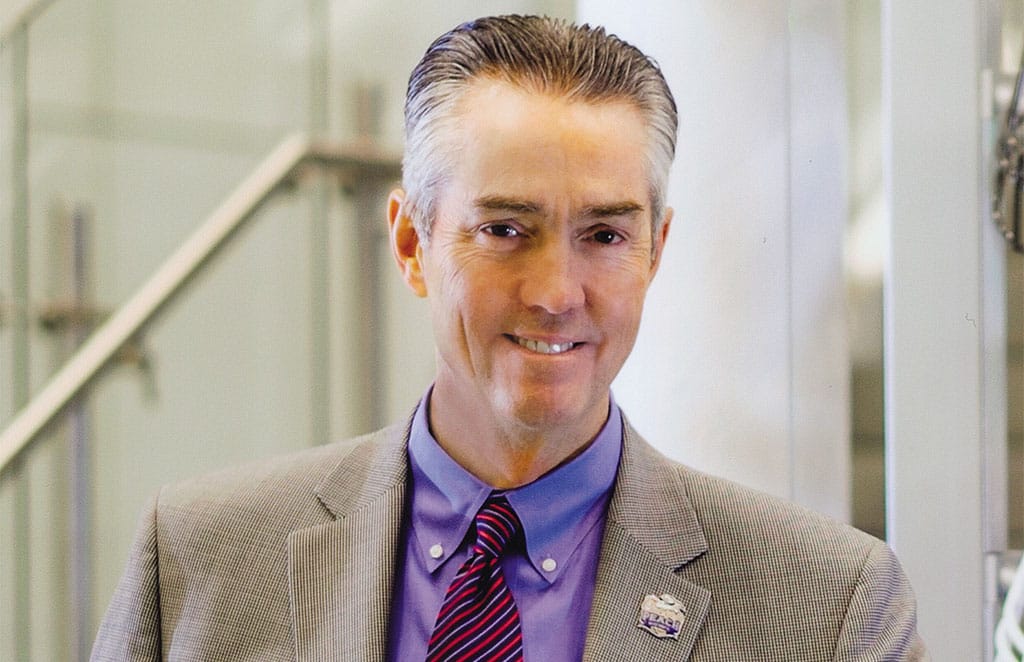 For over 30 years, I had the privilege of serving and working alongside a member of the Greatest Generation who went on to become the founder of Chick-fil-A: Truett Cathy.

When I joined Truett in 1981, I could not have imagined the laboratory of leadership and culture management I was walking into. Allow me to share a snippet of what myself and our Executive leadership team observed through four dominant principles or values that impacted virtually every decision or move Truett made in the business.

First, be a good steward.

Truett saw his life, his relationships, his salvation, his reputation and the Chick-fil-A sandwich and business as a gift from God. He literally told us that he did not own Chick-fil-A, God did. Therefore, he felt a great responsibility to steward every aspect of the business in a way that would honor God and positively serve others. That played out in how we stewarded money, people and influence. This perspective, which became very clear to me during a financial crisis in 1982, ultimately led our executive team to write the Chick-fil-A Corporate Purpose. The Corporate Purpose was written to be clear about Chick-fil-A’s ‘why’ — why does the company exist, and how does its founder see the ‘why’? Since 1982, this purpose — “To honor God by being a faithful steward of all that is entrusted to us, and to have a positive influence on all who come in contact with Chick-fil-A” — has been a guiding light and filter for all decisions, investments and expressions through the brand.

Let me suggest that the key takeaway for any enterprise leader is this: the ultimate ‘why’ for your organization must be clear, and more importantly, leaders’ conversations, behavior and decisions need to totally align with that ‘why’. An added benefit of this is that you’ll also find making decisions a lot easier and faster!

When I sat in Truett’s office in December 1980, I asked him a question that resulted in one of the most paradigm-busting answers I have ever heard. I had at that point already been interviewing with Chick-fil-A for almost five months to become their first marketing Director. But I had a great job with Six Flags Over Georgia, so the whole process had been stealth. At a moment of some frustration on my part, I asked Truett, “What are you looking for in the ideal marketing candidate, and am I the guy?” There’s a long pause. He finally answers… “I have no idea. All I know is I don’t want to do it. But this I know: I want to know that you and I can trust each other and have fun together. Because if you join us, it is my expectation that you will never have another job anywhere else.” It caught me off-guard. “The most important decision we make here is who we invite to join the business,” he added after a pause.

Truett was more concerned with character and personal chemistry than my competency, because he wanted a long term relationship with every staff member, Chick-fil-A Operator and their team members, our suppliers, and our customers. What I observed over almost 35 years was a man and corporate culture that took a long-term view to everything: talent selection, store sites, Operator selections, menu improvements, service protocol, brand and marketing initiatives, and the list goes on. The relationships involved were the key to all of this. Because Truett had figured out that tenure built institutional knowledge, better team players, better customer understanding and intuition, and deeper alignment with purpose and the brand vision.

Could it be that one of the biggest reasons Chick-fil-A has enjoyed its spectacular brand growth is due to the continuity of leaders and key business partners; all unified around a clear, long term brand vision and purpose? I think so. Leadership turnover every few years makes it very difficult to build a great culture and brand.

Personal accountability is empowering! And it was important to Truett. Remember: he was more interested in whether he could trust me and have fun together; he was counting on me to do the ‘right’ work. Truett NEVER called me to his office to berate or challenge me on any decision I made. Did I make some mistakes? You bet I did. But he never did or said anything to undermine what I perceived to be his trust in my ability and judgment. That is empowering, but balanced with the personal realization that I am accountable — not someone else or a committee. He attracted and ‘released’ leaders who took ownership for our role in fulfilling the Chick-fil-A Purpose and brand vision. We were entrusted to make our own judgments about what was right for the business.

So, what is more powerful: influence through titles and decision-making hierarchy, or leaders making decisions and leading out of their personal experience and personality? Personal power over position power.

Does this one surprise you? “If you’re not having fun, you’re doing something wrong!” was a statement Truett often made. He firmly believed that part of work being fulfilling meant it should be fun.

So, how do leaders make work fun? Give people room to be themselves. Be fun and engaging and willing to invest in ‘fun’ activities and events. Let out-of-the-box ideas have ‘air’ to be entertained and tried. And here’s a big idea: recruit and hire people that are fun — people that folks just love to be around and will follow because of who they are, not because of a title.

In conclusion, could I add more Truett Cathy principles to this list? Sure, but in my opinion these are all game changers. I hope they will challenge your thinking. As I record in my book, Covert Cows and Chick-fil-A, these all played out at Chick-fil-A in powerful ways. 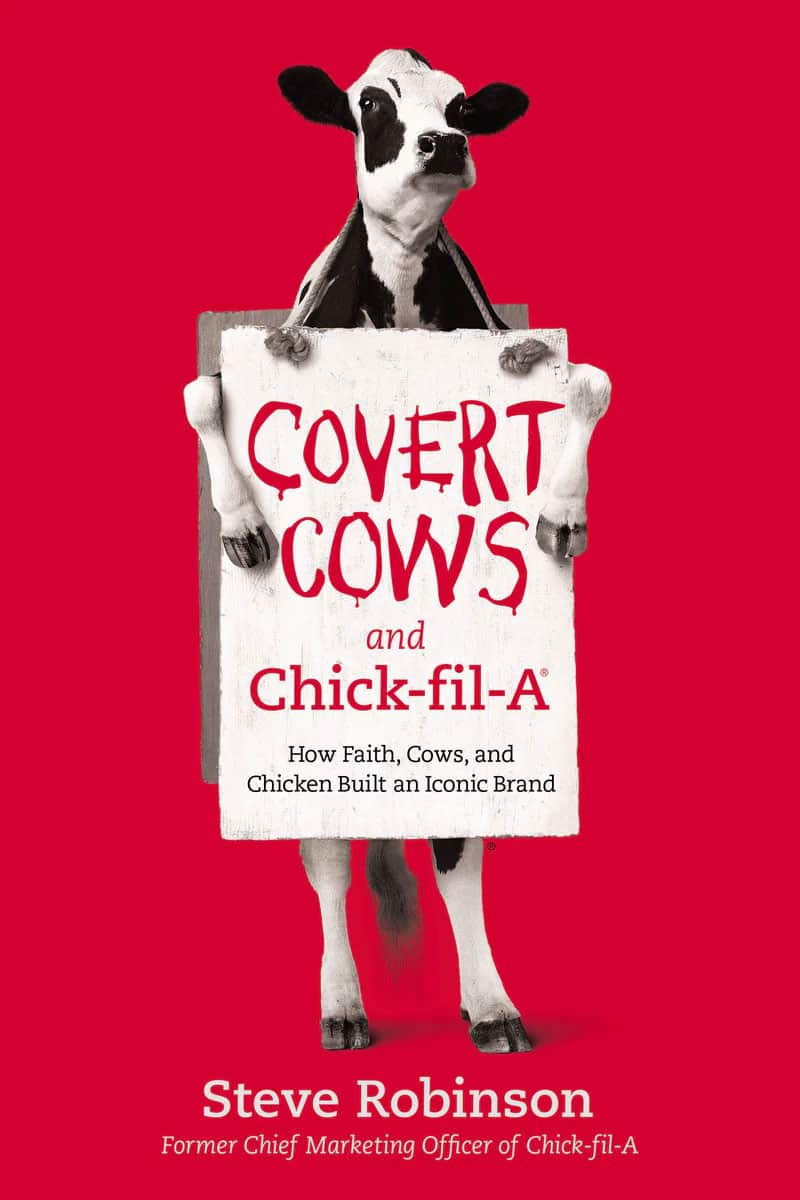 # Top Five Dressing Tips for Men for Every Occasion.
# These Are The Top 5 Executive MBA Programs In Asia, 2019.
# 5 Things to Keep In Mind While Doing an MBA.
# Here Are The World’s Most Isolated Places.
# Packing Tips To Keep In Mind For Adventure Trekking.

tweet
share on Facebookshare on Twittershare on Pinterestshare on LinkedInshare on Redditshare on VKontakteshare on Email
Steve RobinsonJuly 12, 2019

Steve Robinson served as executive vice president and chief marketing officer of Chick-fil-A, Inc. from 1981-2015. He now serves as a consultant and speaks to organizations and businesses about leadership development and brand strategy. His new book Covert Cows and Chick-fil-A: How Faith, Cows, and Chicken Built an Iconic Bran is available now. Steve is an opinion columnist for the CEOWORLD magazine.
view all posts