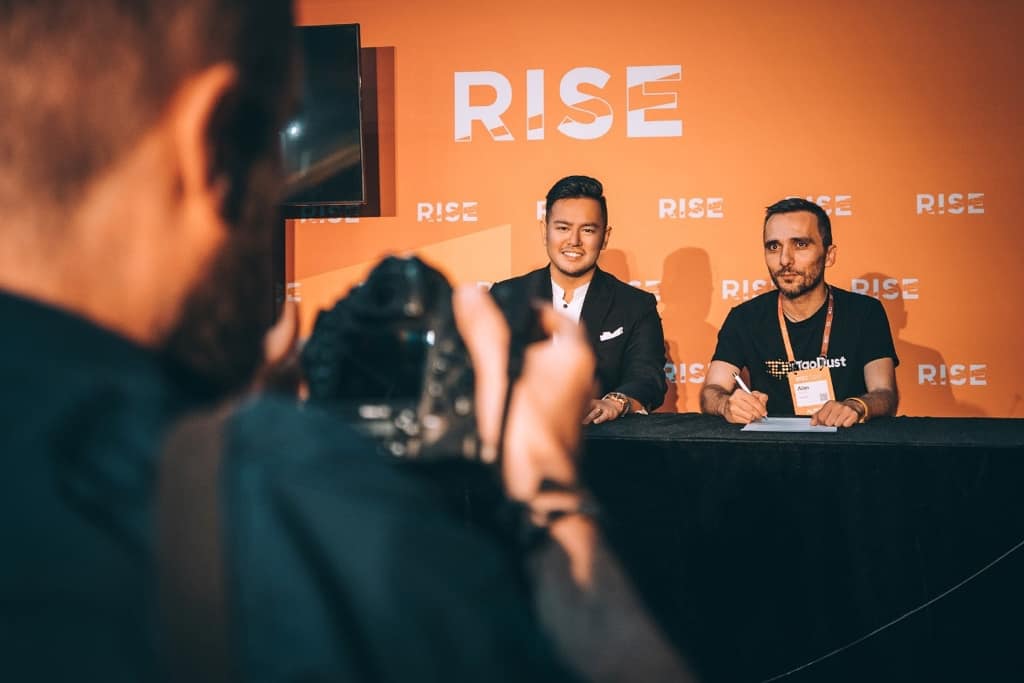 At a press announcement earlier at RISE Tech Conference 2019, held in Hong Kong, Herbert Sim, commonly as ‘The Bitcoin Man’, backs a Malta-based blockchain startup with USD 1-million dollars. This is the first time ever that an early stage company secures a major investment deal directly at the tech conference.

The startup named TaoDust, is a crowdfunding platform powered by blockchain technology, which aims to disrupt the traditional investment process by allowing everyone to easily and borderless buy, sell and trade assets. They are replacing a stock exchange with software that issues equity tokens with self-governed operational bylaws. This bridges the current gap between individuals that want to invest and start-ups.

“TaoDust stood out to me the most among the hundreds of startups present at the conference. It showcased a revolutionary technology and idea, along with a great team and proprietary technology, that will penetrate across the industries”, Sim announced after the signing, “and I am very happy to be part of this venture.”

TaoDust was selected among 51,000 applicants as one of the 100 alpha companies to exhibit at the RiseConf and showcased their MVP on Tuesday 8th to more than 16.000 attendees on the first day itself.

“We’re proud and happy for this signature. It means a lot to us: it’s been an intense journey and now this a major step forward” said Alan Tonetti, CEO and Founder of TaoDust “We can now focus on the launch and develop a TaoDust secondary market”.

Sim, is the founder of Crypto Chain University, established in 2010, it is the world’s first repository for compiling blockchain and cryptocurrency research papers. Earlier this year in April, Sim also made a strategic investment into Israeli blockchain startup TEVEL.

The equity crowdfunding is a trending market as the World Bank estimates that global crowdfunding will reach $90 billion by 2020.

tweet
share on Facebookshare on Twittershare on Pinterestshare on LinkedInshare on Redditshare on VKontakteshare on Email
Anna PapadopoulosJuly 11, 2019