Interestingly, Iceland has been ranked as the most gender-equal in the world, according to the Global Gender Gap Report 2018 of the World Economic Forum (WEF). It was followed by other Nordic nations, with Norway in 2nd, Sweden in 3rd, and Finland in 4th place. 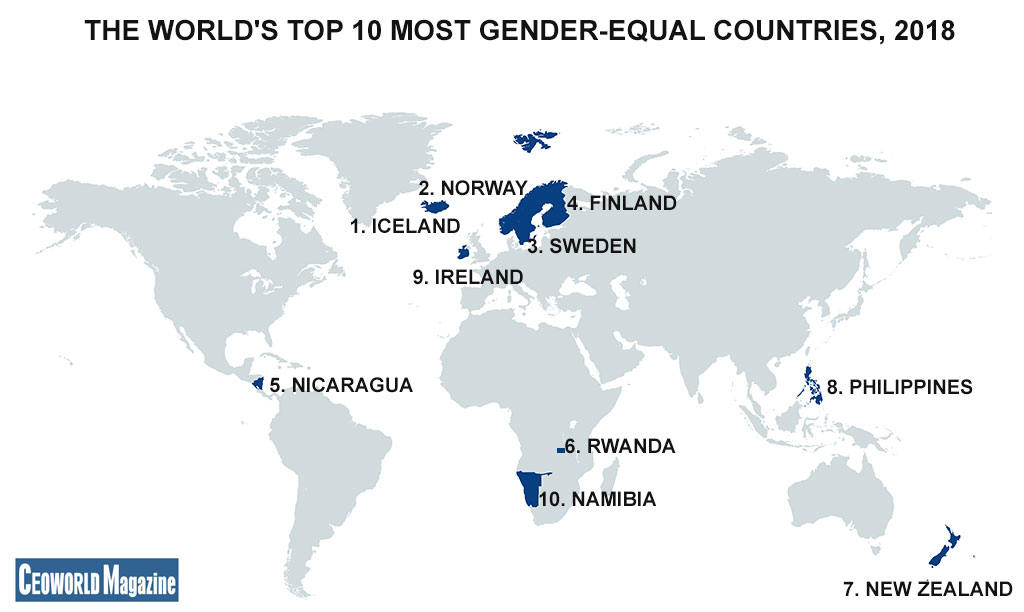 Full List: The World’s Most (And Least) Gender-Equal Countries, 2018:

tweet
share on Facebookshare on Twittershare on Pinterestshare on LinkedInshare on Redditshare on VKontakteshare on Email
Prof. Dr. Amarendra Bhushan DhirajDecember 18, 2018