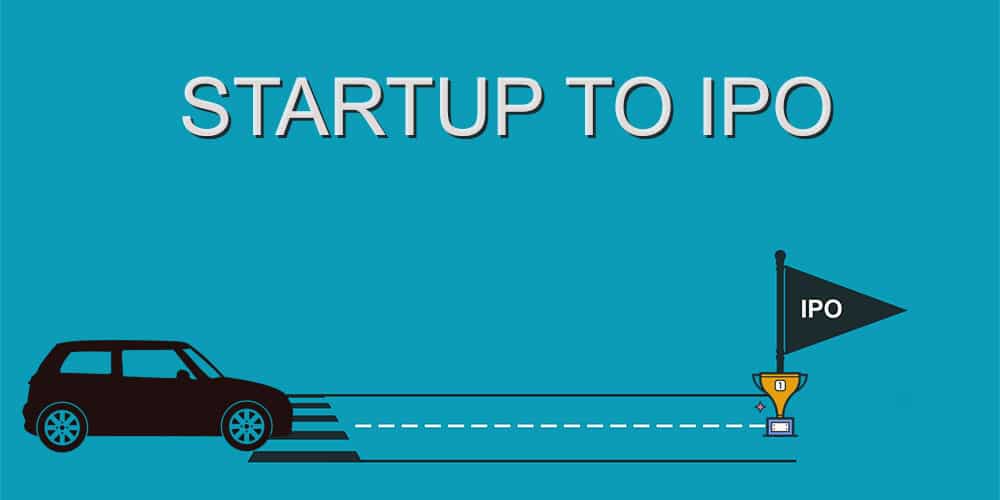 It’s a dream all too familiar to anyone in the tech sector. For many startups, the road to success begins when IPO rumors bubble on industry blogs, citing a mysterious Twitter source, and fueling speculation that the company will finally rise from the dime-a-dozen herd of Silicon Valley startups to the prestigious New York Stock Exchange trading floor. That’s the typical pathway: Become an investor darling, get a massive valuation, launch an IPO to great fanfare accompanied by a soaring stock price. Sounds great, and at one time, it was even achievable. Today, a number of recent failed tech IPOs have recast the notion of an IPO as the ultimate milestone.

A newer phenomenon among “unicorns” is a belief that one may never have to go public and face the scrutiny and transparency of public market investors and analysts. But unfortunately that misses the bigger picture. Whether these companies are chasing and IPO or planning to be a permanent “unicorn,” many are missing the point: to pursue an authentic long-term vision and create a profitable company that is truly built to last.  In some cases, the best way to do this may be to go public; in others it may mean taking the company private.

Certainly, a public company has automatic credibility and the ability to raise funds in a way that a lesser-known, private company may not. But the challenges of being a newly public company with a high valuation can be equally difficult — and have their own costs. Take Etsy, for example. Etsy went public on the Nasdaq in April 2015 with an opening price of $16 per share and rose to around $35 per share during that same trading day. Since then, Etsy’s stock price has been less than healthy, with a current stock price of around $8 per share, tempting headlines to question the company’s long-term value.

Etsy isn’t alone: media darlings FitBit, Facebook, Box, GoPro, and Twitter have all disappointed investors soon after their premieres as public companies. If it didn’t work out blissfully for all of them, it may be time to recognize that the IPO can no longer be considered tech’s “one size fits all” milestone. According to Renaissance Capital, an investment advisor, more companies have actually postponed IPOs this year than have gone public. This is fueled by plenty of good reasons. For one, consider that racing towards an IPO and chasing multiples can bring on governance challenges if a company hasn’t taken the proper steps to position itself for increased investor scrutiny.

The Pressure for Short-Term Results

Looking at the big picture, it’s no secret that public companies are becoming increasingly mired in achieving short-term results, starting with mandatory quarterly earnings reports, which has an impact on share price, company re-investment — or lack thereof — and if the results are bad enough, could result in shareholder activism. Quarterly earnings have become such a distraction from building long-term value that major names in the corporate world, like Larry Fink at BlackRock and Martin Lipton, a partner at Wachtell Lipton Rosen & Katz, have publicly voiced frustration with the current reporting system for public companies.

To be fair, there are some real concerns to going private: cool services can get washed away in an acqui-hire, or an acquired business may die on the vine if its new owner can’t provide enough focus or funding to keep it alive.  However, the benefit for a tech company in staying private is the long-term outlook through all aspects of managing the company.  A private company has the ability to be much more acquisitive, and to focus on product development, innovation, and productivity, while making decisions that are more focused on long-term growth vs. short-term market reaction and investor satisfaction.

In addition to the aforementioned considerations, there has been an evolution in the way markets value SaaS companies, a logical move from revenue multiples to EBITDA multiples. Together, these represent a plethora of reasons for tech companies to assess the trade-off between profitability and growth as the leading indicator for long-term success (Hint: its profitable growth).

So, let’s get technical. Initially, markets gave SaaS companies 10-12x revenue multiples based on growth, regardless of EBITDA performance. These days SaaS companies without strong profitability are getting much lower multiples, usually in the 3-4x range — regardless of growth.  This is a big departure from what has been a long-standing rule in SaaS, which stated that the only factor that correlated to valuations was growth rate. However, that relationship was officially broken in January. Now investors suddenly seem to care about profitability and growth… simultaneously.  What an idea!  One might argue this is a great lens to look at all companies, from a unicorn that has managed to eschew public markets to a company that has just filed to go public, to a long-time SaaS bellwether. The question, “is this company built to last?” should be applied to any of these scenarios.  This is what I’m proud of at Diligent Corporation, with steady 20%+ growth and a sustainable EDBITDA, we aimed to recapture the SaaS valuations from yesteryear when we accepted Insight Venture Partners’ offer to take our company private.

All in all, the IPO is not a finish line — in reality, there never is one.  The goal has to be building a company with staying power. We know that going public too soon with a half-baked model can be just as dangerous as believing you can stay private forever to avoid uncomfortable questions around gross margins or long-term sustainability. Let’s go back to basics and remember that creating profitable growth is the name of the game, whether you’re public or private — and as today’s market evolves, so should our considerations, strategies and goals. Let the games begin!

Which Countries Have The Best And Worst Reputations For 2016?
Exactly How Much EDM DJs Are Making: World’s Highest Earning DJs Of 2016
The Top 20 U.S. Cities To Launch Your Next Venture In A Business, 2016
The 25 Most Innovative Economies In The World, 2016, Switzerland Tops Again

Written by Brian Stafford, President & CEO of Diligent, the leading provider of secure corporate governance and collaboration solutions for boards and senior executives.

tweet
share on Facebookshare on Twittershare on Pinterestshare on LinkedInshare on Redditshare on VKontakteshare on Email
Brian StaffordAugust 22, 2016

Brian Stafford is Chief Executive Officer of Diligent Corporation. Mr. Stafford assumed the role of CEO in March 2015 and is responsible for all day-to-day operations, with a focus on accelerating global growth and incorporating scale into the business in order to seamlessly manage the growth. Mr. Stafford previously served as a Partner at McKinsey & Company, where he founded and led their Growth Stage Tech Practice. While there, he concentrated on helping Growth Stage Technology companies scale faster and did extensive work with Software-as-a-Service (SaaS) companies, focusing on growth strategy, sales operations and strategy, pricing, international growth strategy and team building. Prior to his tenure at McKinsey, Mr. Stafford was the Founder, President and CEO of CarOrder, a division of Trilogy Software based in Austin, Texas. Mr. Stafford holds a Master’s Degree in Computer Science from the University of Chicago and a BS in Economics from the Wharton School at the University of Pennsylvania. He currently lives in Manhattan.
view all posts