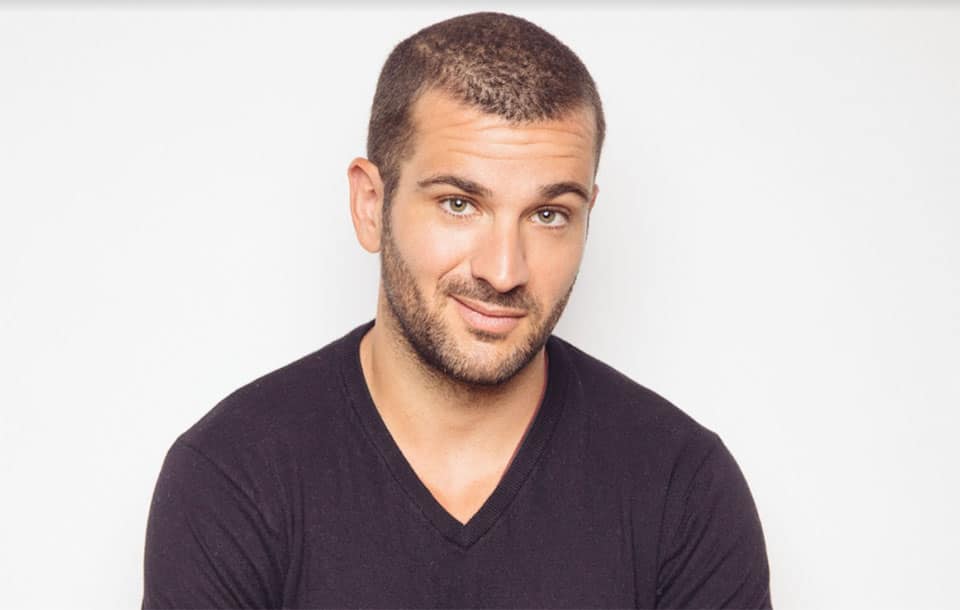 Most CEO’s are understandably bearish on the economy at large. And why wouldn’t they be – if one were to rely on nothing but news headlines the near future looks bleak. Housing? Destined for a pullback. Consumer spending? Just wait, the halcyon days of post pandemic 2021 are going to feel like a distant memory. Inflation? A runaway freight train. Supply chains? God, we’re still talking about that, don’t even get me started…

So it is that when first engaging with Colin Darretta, happily trumpeting a very different perspective it is easy to be unsure whether he is either ill informed or just willfully ignorant. A serial entrepreneur and CEO slash super angel based in New York, his bonafides check out: investment banking at Goldman Sachs into a coveted job at a billion dollar private equity fund before venturing out on his own and building multiple eight figure businesses all while investing in a bunch of what would later become household names. In short, he doesn’t seem like someone who is missing his marbles. So why, then, the optimism in the face of such overwhelming negativity?

It’s clear Darretta’s upbeat attitude about the somewhat tepid state of the markets is something he has a certain measure of self awareness about being interpreted as misplaced. And it’s easy to see why – the past month has been marked by yet another significant slide in the S&P and still more headlines about significant layoffs at former startup darlings plastered across nearly every news site. “I am old enough at this point to have seen this before,” he says. “Both in the dot com bubble, when I was still in school but already following the tech industry closely, and again in the great recession. I’m not saying there aren’t hard times ahead, but when the negative sentiments get so pervasive it feels like a lot of otherwise very smart people start behaving irrationally and miss opportunities as a result.”

He’s certainly in the minority in this regard. The accepted wisdom, at the moment at least, is that 2023 has a looming recession ahead. It’s one of the few things that pundits and economists seem to agree on: that things are going to get a lot worse before they get better. So Darretta’s resolute insistence – he’s written fairly extensively about it – that everything is not as bad as it seems stands out in an otherwise pretty morose atmosphere for investors and entrepreneurs.

So what is there to be happy about? “There are people putting a lot more capital to work than I,” he says, “so I’m quick to say that I am by no means the final word on this. But so much of the doom and gloom doesn’t square up with the fact that – at least in the venture capital and private equity markets – there are huge pools of capital that have been raised over the last several years that will still need to be deployed. Does that mean valuations will not have a reset? Absolutely not. The atmospheric valuations of the last twenty four months probably should come down to slightly less nose bleed levels. But investors at some point are going to realize they can only sit on the sidelines waiting for the other shoe to drop for so long – ultimately they still need to deploy capital. And because of those huge pools of capital raised, good deals are still going to be competitive and thus yield high valuations. I don’t see how valuations crater simply by virtue of how much capital is out there waiting to be deployed.”

That’s not an unreasonable assertion – venture funds raised record amounts in 2020 and then again in 2021, so it stands to reason that that money has to go somewhere. And those same funds, Darretta is quick to point out, generally have a time limit on how long they can take to invest. While sitting on the sidelines for six months might feel palpable, sitting on the sidelines for two years could mean a significant period of the funds lifetime and then forcing them to deploy in a hurry when they get moving again. Also, how many investment professionals will really be disciplined enough to do nothing for a year or longer?

“Far smarter people than me have tried to time the market and for the most part they’ve failed,” he says with a shrug. “I’m just grateful that many otherwise rational, smart people are sitting on the sidelines right now as it means I actually get access to deals and allocations that otherwise I might not have had only twelve months ago.”

Darretta represents a growing class of investors – super angels who in some cases have raised external funds in the low eight figures and others who have made some capital from an exit or two – who are actively competing for allocations in the deals with venture funds with long track records and shiny offices on Park Avenue or in Palo Alto. They normally are small enough checks that the institutional capital doesn’t mind having them participate and entrepreneurs are oftentimes enticed by the fact that these angels more often than not can bring their own networks to bear for a relatively small piece of the cap table. Further, it’s these super angels that are stepping into the void left by those sitting on the sidelines and buoying valuations in times like these.

It’s hard to gauge whether this new investor class is simply a sign of the excesses of both enthusiasm and capital or is a more permanent shift in the investing market. For his part, Darretta admits it might be a bit of both, “I think people like myself are here to stay to some degree; investing has become democratized in a way it never was before. There are some really, really smart folks I know who have basically raised solo funds and are, at least on paper, providing great returns for their investors. And when the overhead is low because the infrastructure to run a fund has become so modularized and relatively cheap it can provide an avenue for meaningful wealth creation for one or two person shops. That being said, for every ex-banker and ex-founder who is now turning their mind to investing there are no small number of people who lack a finance background who are perhaps investing capital they probably should be doing something more conservative with. I think in a more protracted downturn where a bunch of businesses don’t make it out the other side those people will be once burned, twice shy.”

Ultimately the enthusiasm is, on the net, probably a good thing for the economy. It’s less clear whether it will be for people like Darretta and his ilk who remain cautiously optimistic when so many others are running for the exits. Whether he is ultimately proven right or, as most seem to believe, we’re in for a long, protracted period of economic tightening remains to be seen but the mere fact that there are still investors out there excited and eager to put capital to work is certainly a positive thing for every would-be entrepreneur looking to get their next idea funded.

Written by Michael Peres (Mikey Peres).
Have you read?
Business Secrets I’ve Learned From Founding 3 Companies Before Graduating College by Milan Kordestani.
Should International Business Travel Be Replaced by Virtual Meetings by Rhett Power.
PILLARS OF SUCCESS.
VALUING DIVERSITY IN THE WORKPLACE by Dr. Jim White.
Are Productivity Paranoia and Lack of Trust the Real Obstacles to Hybrid and Remote Work by Dr. Gleb Tsipursky.

Michael Peres (Mikey Peres) is a serial entrepreneur, software engineer, journalist, tech investor, and author, best known for founding various technology, media, and news startups. Peres leverages over a decade of engineering and leadership experience to advise aspiring entrepreneurs in developing the mindset to build, grow and scale successful businesses. Peres has also authored The Road Less Traveled, where he provides insight for aspiring entrepreneurs by documenting the obstacles he faced, how he overcame them, and how others can develop the critical skills needed to take charge of their own future.

Michael Peres (Mikey Peres) is an opinion columnist for the CEOWORLD magazine. Connect with him through LinkedIn. For more information, visit the author’s website.
view all posts