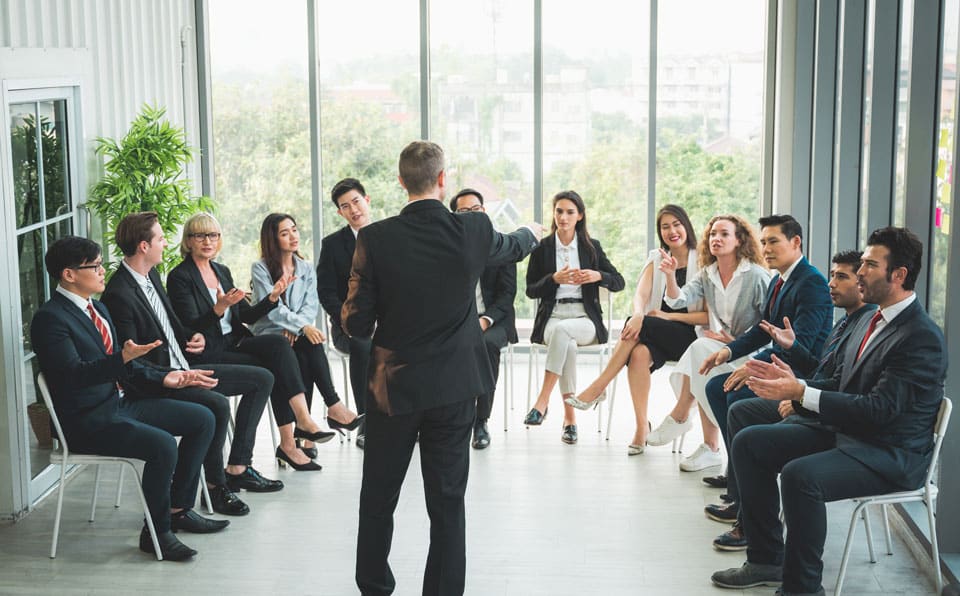 What is this jargon about when CEO’s say “it’s your mistake!” Is it a slip of tongue or a calibrated statement? Or is it in despair? It is a powerful statement that can humiliate and dishearten even the best swimmer and strongest mind in rough waters. Certainly, the statement is stealth enough to destroy the morale of individuals, employees, the institution or say any organisation.

What is this all about at a time when the world is just waking up from the onslaught of covid19 pandemic, a highly volatile, uncertain, complex and ambiguous (VUCA), so called ‘black swan’ event, when the entire humanity has been splintered? Instead of being empathetic, do CEO’s need to be so callous and irresponsible in making such statements tersely?

It’s a frightening cacophony of irrationalities in organisational science bound to create chaos and a butterfly effect. If this exists in your organisational culture, it is a serious question of existence.

Let us build this discussion in an enquiry mode.

It is believed that leaders form the pivot to any organisation’s existence. They are known to be the pivot to endow transformations, especially in testing times. At a time of high turbulence in seas, rough weather and being direction less, a situation arises in front of the captain of a ship.

What do you think if the captain states tersely to the people onboard, ‘you made a mistake by boarding this ship”! What happens to their beliefs when they boarded a grandeur Titanic like ship, strongest in built quality and loaded with hopes with years of association? Is there a mid-air and mid-sea rescue? Are we dumping the people on board as a feed to hungry sharks in high seas? Woof! Unbelievable!

On the contrary it is a belief that a leader must exhibit a high level of tolerance in responding to such VUCA situations. Some times with the wind and most of the time against the wind, the captain must reach the right destination at the right time.

If employees reach out to its leader, they seek an empathetic listening and not hearing. They need someone whom they can trust upon with their problems and not being imposed with the leader’s problem. When a leadership has nothing at stake, it’s the best condition for him or her. So how do the leadership attributes get translated?

None! Leadership is all about setting an agenda to drive organisation with people as its strategic asset and not a liability. They must set examples like a statesman with humility and genuine concern. They must respect people and build a symphony like great maestros namely Mozart, Tchaikovsky, Zubin Mehta, Yaani, Hans Zimmer, etc.

These critical testing times create confusion and more chaos when there already exist in deluge, in the form of sagging energies of employees. And if it follows with cuts, layoffs, reduced incentives and no concern for its employees, it’s like a nuclear reactor when the fusion rods are warming without the coolant. We have recently witnessed this in Japan in 2011, the Fukushima nuclear disaster. Rise up Mr. CEO, it is a wakeup call. Good companies are becoming better ones and scaling to be the destinations of retaining the best talents because they have a firm belief that without good people there is no existence.

But in this case, it is a leadership dilemma!

If a leader is incapable of learning, he/she cannot expand awareness. The strategic lever of expanding awareness is not available to such a leader. Absence of broad and deep awareness makes a leader narrow-minded, arrogant, inward looking and insecure, which is likely to result tin a command-and-control orientation. A leader who does not learn can neither teach or coach effectively.

It must engage some kind of foresightedness that involves a future oriented awareness and planning, enabling the business to respond quickly and effectively for future market conditions, threats and opportunities. They must deploy best practices, instead of snubbing people who look forward to their leaders.

This is the time when talent management is imperative and of crucial significance. It is clear that volatility does not tolerate incompetence. Younger generation and bright minds need to be motivated, attending to all his needs that mandate survival and happiness. The leaders’ reaching the highest point of Maslow’s hierarchy may be good for him about what about the struggle the new age individual who has just started climbing up the ladder? What about those who boarded the ship, leaving the shore in hope of a better world and only waiting in the mid of high seas to be said by the leader, ‘you made a mistake’. What a conundrum?

Hilarious isn’t it! One may think about it. At least, you don’t commit this ‘mistake’. Don’t slaughter your followers with a vindictive and fabled thinking. Rise up!

Written by Dr. Manoj Joshi.
Have you read?
3 Ways Your Digital Experience is Lacking—And How to Fix It by Brian Wallace.
The Power of Paradox by Dr. William Putsis.
Hybrid and Remote Mentoring for Effective Integration of Junior Employees by Dr. Gleb Tsipursky.
Leadership Matters – Even in Outer Space written by Rick Williams.
How Linking Purpose and Strategy Benefits Employees by Ignacio Vaccaro.
5 Strategies for Solving Unsolvable Problems in Business by Jay Bousada.

Lisa BrownStats Gate
As of September 29, 2022, Jorge Paulo Lemann was the wealthiest man in Brazil, with an estimated net worth of 12.9...

Wealthiest People in the Netherlands (September 29, 2022)

Lisa BrownStats Gate
As of  September 29, 2022, Charlene de Carvalho-Heineken was the wealthiest man in the Netherlands, with an estimated net worth of...

Lisa BrownStats Gate
As of September 29, 2022, Giovanni Ferrero was the wealthiest man in Italy, with an estimated net worth of 31.8 billion...