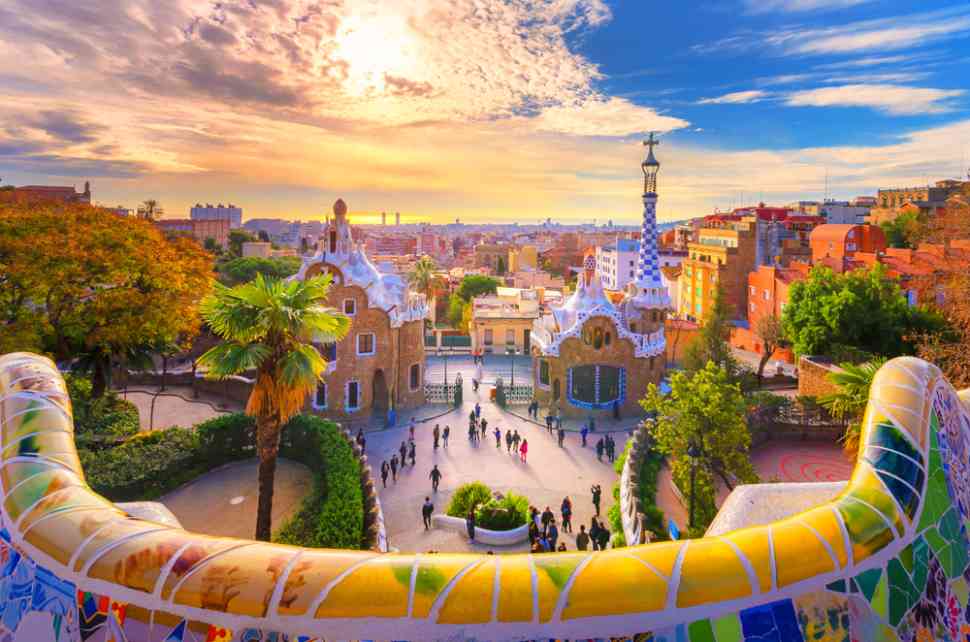 View of Barcelona from Guell Park

The combination of medieval and modern style can only steal your heart and travel you either in the narrow alleys with the magnificent architectural diamonds it has or in the wide streets with the ultra-modern and innovative buildings. A city full of colors that any artist would envy impresses modern civilization with the amazing variety of its imposing structures. Of course, the multitude of activities that take place in Barcelona, the tasting trips with the special local delicacies, the festivals with musical notes and dance touches with a preference for Flamengo make this city magical. A short walk in its crowded streets, a walk in the natural beauty of its parks decorated with the most elaborate works of art of Lichtenstein demonstrates the character of the city.
Having “given birth” to one of the most important architects of Catalan Modernism, Antoni Gaudi, Barcelona is indicated as a model of architecture for European data. The famous Roman Catholic church Sagrada Familia, Casa Mila, or La Pedrera, an apartment building designed by the well-known architect, and Casa Batllo, a building that is a remodeling of an older house are some of his numerous masterpieces. They are characterized as a ”jewel” by the thousands of visitors who travel every year to see them and confirm the greatness of this city.

Sagrada Familia, Park Guell, and Parc de la Ciutadella
I guess Sagrada Familia is a must-see but apart from this beautiful church, there are so many things to admire. Gaudi’s sublime talent was not limited only to building structures but also to one of the most colorful (if not the only) parks in Europe, the famous Park Guell. It is a creation of the urbanization of the region, while UNESCO has declared it a World Heritage Site. The equally impressive Ciutadella Park, which is the earthly paradise for children as there is also the zoo, could not be omitted.

Barrio Gotico, La Rmbla, and Barceloneta
The most historic area of Barcelona, the Gothic Quarter(Barrio Gotico) consists of medieval buildings, cafes, and restaurants of the area, as well as shops where the majority are antique shops and umbrella shops. Among the impressive apartment buildings and parks, you will encounter Barcelona’s busiest pedestrian street, La Rambla which connects Catalonia Square with the statue of Christopher Columbus at sea. Outdoor performances, artists who will make portraits for tourists, and painters who wait to make a tattoo on you are some of whom you will be lucky enough to discover. Walking a few miles you will see the beautiful Barceloneta, with the excellent restaurants that apart from a rich meal provide you with incredible views, while in the evening the entertainment is wild since there you will discover the most beautiful nightclubs.

The Hill Montjuïc and the Spanish Village
Exploring the city never stops especially when you can discover it in a variety of ways. Taking the cable car from the port you can head to The Hill Montjuïc crossing the city from above and admiring the Olympic Village, while reaching your destination, you are given the opportunity to visit the “Spanish Village”, an open Museum of cultural interest as well as the National Museum of Art of Catalonia.

Boqueria and food markets
The food and the wide variety of dishes have an extra contribution to the magic of Barcelona. The well-known and one of the best food markets in the world, Boqueria, is a source of “wealth” for every diner and food lover. Fruits, vegetables, salted cod, salted fish, various types of Hamon, sausages, and anything else you can imagine. Its meals are rich in spices and herbs satisfying even the most demanding traveler. Finally, famous tapas, oysters, spinach pies, and pastels with caramel, honey, or chocolate come to complete this delicious journey.
Barcelona is one of the most interesting big cities in Europe if not in the whole world. Even though it is quite big it is not tiring to walk through it because it is extremely interesting. A very rich city with suggestions for all kinds of visitors that has become even richer over the last years. If you are in Europe you have to make a stop there and live a dream or a fairy tale! 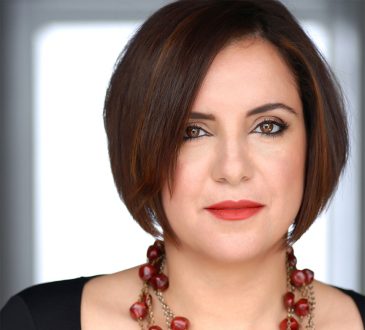 Female Founders Changing The Future of Their Industries

Alexandra DimitropoulouBusiness Transformation
In 1972, feminist activists proclaimed, “The Future is Female.” Today, 50 years later, that declaration seems to be coming to... 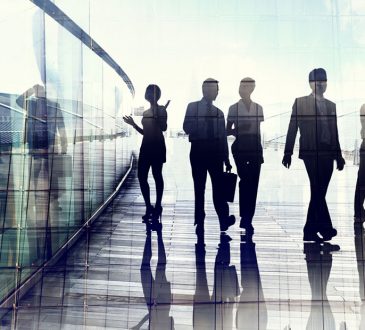 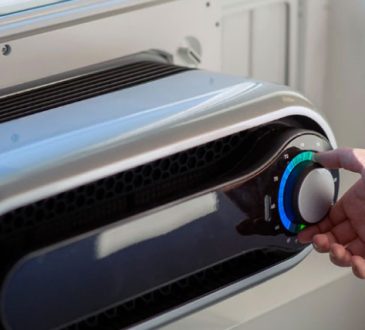 Sophie IrelandCEO Spotlight
“Genius is 1% inspiration and 99% perspiration,” said Thomas Edison (although the quote might be more rightly attributed to the...