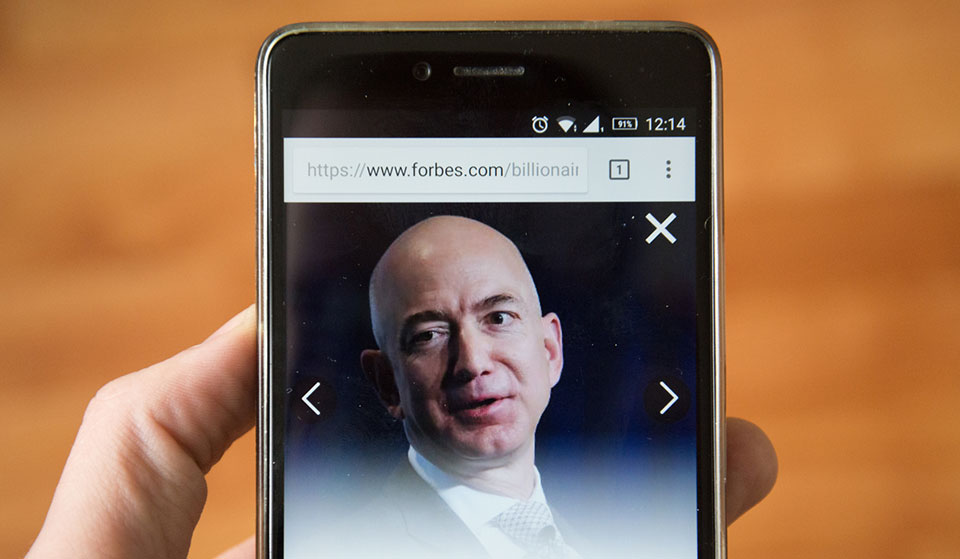 For the first time in the history of mankind, the world’s top 10 wealthiest people control more than $1.3 TRILLION in personal net worth. That’s one trillion, three hundred and one billion dollars. Controlled by ten men. Let that sink in.

The world’s 8 wealthiest people together hold fortunes of more than $1301 billion and have added $181.63 billion combined this year.

With a net worth of $202 billion, Jeff Bezos is by far the wealthiest person on the planet. To put it further into perspective, Jeff Bezos’ net worth is bigger than the gross domestic product of Qatar, Hungary, or Ukraine, according to data from the International Monetary Fund. Tesla CEO Elon Musk, LVMH CEO Bernard Arnault, Microsoft founder Bill Gates, and Zuckerberg hold the next spots, respectively.