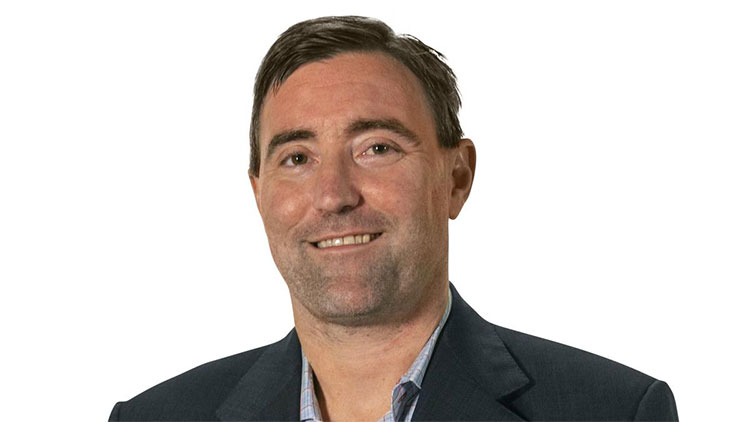 You wouldn’t normally think that being diagnosed with cancer at age 39 would be considered a blessing. However, Insurance of America (IOA) Chairman and CEO Health Ritenour insists that cancer has made him a better husband, a better father and a better human being. He credits his cancer journey with making him more empathetic and more aware of the daily joys in life. He says that cancer has transformed his daily attitude from “having to do things on his to-do list to getting to do them”. It’s been an eye-opening experience for IOA CEO Heath Ritenour, and he’s eager to share his story.

Heath Ritenour was a rather unlikely candidate for cancer, if there was to ever be a “mold”.  A fit and perennially-healthy Florida native, he almost never had occasion to visit a doctor. He enjoyed basketball, running and staying active. In fact, it was on the basketball court that Heath Ritenour first realized that something was wrong. A pain in his groin that he first thought was a strained muscle continued to get worse, until it finally sent him to the doctor. The shocking diagnosis was that the pain was due to a fast-growing tumor that was soon found to be cancerous.

As anyone who has been diagnosed with cancer, or who is close to someone who has dealt with a similar medical situation is well aware, that cancer diagnosis changes your life and shifts your priorities instantly. Your life plan goes from long-term to just getting through the next day, both emotionally and physically. Heath Ritenour’s cancer experience was no different. He quickly went from boardroom meetings to day-long chemotherapy treatments.

Despite everything he was going through, Ritenour didn’t allow his cancer experience to be an excuse for withdrawing from his business or personal lives. In fact, he did just the opposite. Within days of his diagnosis, Heath Ritenour filmed a video and distributed it to all of the IOA branches, detailing his illness and explaining what he was going through. Sharing his story helped Ritenour be more open about a disease that still is often spoken about in hushed tones. Importantly, the video also encouraged three company employees to see their own doctors about similar tumors, one of which turned out to be cancerous and able to be treated successfully.

“The Day I Stopped Feeling Sorry For Myself”

Of course, being human, Ritenour started his cancer journey in a rather dark place. He was depressed and couldn’t stop thinking, “why is this happening to me?” He explains that he was thinking that he was just a shell of the person he used to be before cancer. He frequently tells a story about a fellow cancer patient he met during his weekly five-and-a-half-hour chemotherapy treatments. The gentleman was like Ritenour in a lot of ways. He was around the same age, had two kids and was a successful businessman. Although Ritenour’s prognosis was that he had a 90% chance of a full recovery, the other person was told that without continuing on chemo for the rest of his life, he was going to die. The doctors told this person that at some point, his body would cease to tolerate the harsh treatment and that would be the end. Meeting this man became a transformative experience for Heath Ritenour. He reports that it made him stop feeling sorry for himself and, instead, look at all he had to be grateful for.

Discussing this encounter, Ritenour reports, “it was just was like a weight lifted, and I thought, how blessed am I that I’m going to probably be okay, that I’m going home tonight to see my kids, and that in a few months, I should be back to my normal self and be able to watch my children grow up. I’m going to be able to be at their ball games, and be at their school events, and be the father that they need me to be. Meanwhile, this guy that is right around my age, he’s literally thinking that he might have six months, if he’s lucky.” It was a sobering revelation, one that Heath Ritenour says helped to put everything he was going through into a clearer, and better, perspective. “That was the day I stopped feeling sorry for myself”, says Ritenour.

A Journey of Faith

Ritenour was raised in the Baptist church, was baptized, attended church regularly with his family and even serves as an elder at his church. However, his cancer journey completely altered his faith and his relationship with God. “After cancer, I realized that it’s just me and God on life’s journey, that I have no control over anything. I was angry about that because I felt like I was not who I used to be. Then it dawned on me, I never had control to begin with,” explained Ritenour”.

Ritenour is quick to say that the realization that God was in control was immensely liberating. All the pent-up emotions, the sadness and the anger he was feeling washed away. These feelings were replaced by joy. “When you are threatened with not being able to do anything, it is no longer ‘what you’ve got to do’, it’s ‘what you get to do.” This has become Ritenour’s new mantra.

Heath Ritenour is quick to say that surviving cancer has made him more empathetic. He explains it by saying, “when you start to pick up empathy for other people in their trials and what they’re dealing with, you tend to listen more than you talk, you tend to give advice that might be different from the advice you would have given before you actually thought about how they’re really feeling and put yourself in their shoes, which I frankly didn’t do a good job at doing prior to dealing with cancer”. This realization has impacted Heath’s daily interactions on a professional and personal level.

Finding Ways To Give Back

Now two years cancer-free, Heath Ritenour aims to give back to the community, to show how grateful he is for his “second chance” and his new outlook on life. One such opportunity came when his Oncologist called him unexpectedly. The doctor, of course, knew Ritenour’s background, that he’d played sports and been an all-state high school football player, playing in college. The doctor explained that there was a young man who had gone to the same high school as Ritenour, had played high school football and was now in college. He was recently diagnosed with the same type of cancer that Ritenour had and was going through chemo. He was depressed and his mother was worried about him. The doctor asked if Ritenour would be willing to talk with him.

Heath Ritenour didn’t hesitate for a moment. He responded, ” I will drive there now. How do I get a hold of this guy?” According to Ritenour, he was able to share with him and told him, “Hey, man, you’re not going to die. This is an opportunity.” He shared some of the perspectives that he gained through the challenge of having cancer and how much his life has been better because of it. Says Ritenour, “I just kind of breathed some life into him”. This story has a particularly happy ending. The person Ritenour went to talk with, Chris, beat cancer and ended up graduating with a degree in Logistics. Ritenour kept in touch and offered him a job after graduation at IOA, and an opportunity to be mentored directly by Ritenour. Chris accepted and has now been with the company for two years.

It’s not an isolated story. An insurance executive from the UK joined IOA several years ago, after seeing Ritenour’s transparent video on a new insurance platform. It was one of the videos he made while he was going through chemo. Heath Ritenour was bald and he’d lost about 40 pounds. He looked sick and more than a little vulnerable. In a corporate culture that doesn’t generally applaud vulnerability, Ritenour’s determination and willingness to “put it all out there” made Brian McDowell want to join Ritenour at IOA. He’s been in the US for three years now and is one of the company’s biggest assets, as well as a close friend of Ritenour’s.

This story gets better, however. McDowell has a brother, who lives in Ireland, and is dealing with the same cancer that Ritenour had. Heath has been able to help him and his family navigate all the ups and downs of a cancer diagnosis. Says Ritenour, “I think I’ve been able to do some good. You know it helps to talk with someone who has been through it.”

Heath Ritenour joined his family’s insurance company, IOA, in 1996 as an agent. After being one of the company’s most successful salespeople and gaining valuable leadership experience, Ritenour was named CEO in 2008 and Chairman in 2018. Under his leadership, IOA has grown to become the 11th largest privately-held insurance company in the United States. Heath Ritenour is also the President of the IOA Foundation, the charitable arm of IOA that actively works to give back to the Central Florida community via charitable programs, fundraising drives and sponsored events. One such event is the annual LPGA IOA Classic. Ritenour sits on the board of Central Florida’s Cogent Bank.

Heath Ritenour has earned several honors in his insurance career. In 2018, Orlando Business Journal named him “CEO of the Year” and in 2020, Insurance Business magazine named him to their “Top 100 Hot List”.

Now with his cancer in remission, Heath Ritenour values spending time with his wife, Abby, and their son and daughter. He’s excited for the future for his family and his business. Heath Ritenour credits his own perseverance, the love of his family, and the support of his parents for helping him to not only survive cancer, but also teaching him how to use the experience to grow and become a stronger and healthier man, both physically and emotionally.For more leadership stories, please visit Heath Ritenour’s Medium page. 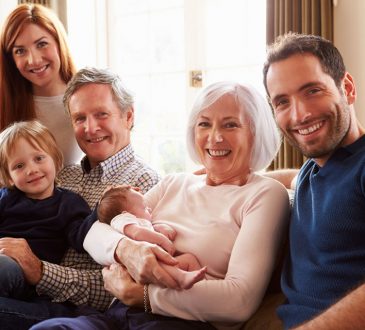 Lacrecia CadeChief Executive Insights
As the world turns its focus on 2022, still emerging from the Covid pandemic after nearly two years, many industries... 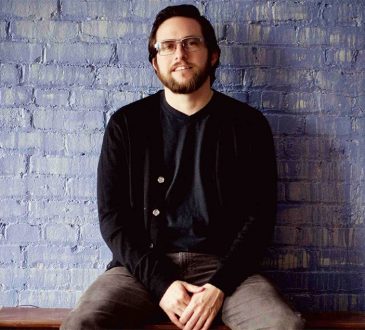 CEO Spotlight: Benjy Grinberg Discusses How to Leverage Your Social Capital as a CEO

Anna PapadopoulosCEO Spotlight
We all know that social media has become an increasingly important part of our lives. We all spend time on... 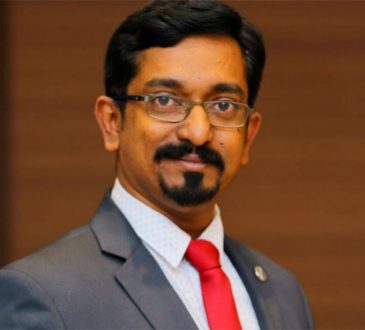 Inside the Professional Profile of Pramod Janardhan Shetty, aka Pramod Master Coach 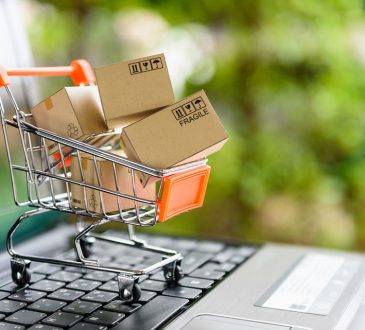 Anna PapadopoulosBusiness Transformation
Have you been aspiring to start a small business of your own? Are you looking for ideas to make your... 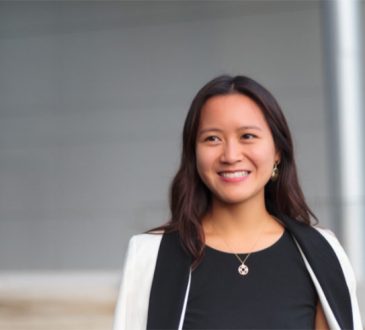 Sophie IrelandCEO Spotlight
Since April of 2021, millions of Americans in the workforce have quit their jobs. Whether due to feeling unappreciated in...