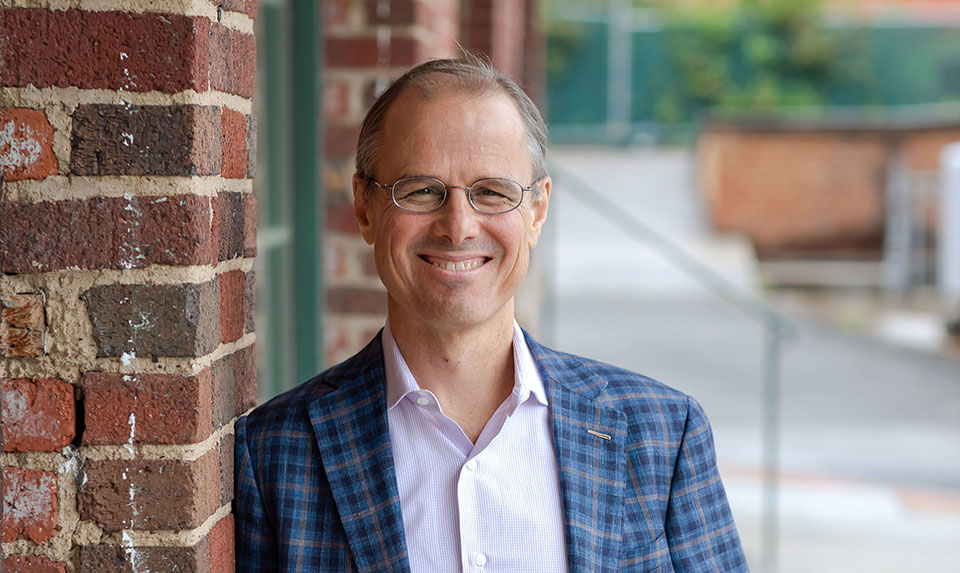 Antitrust legislation for big tech may seem like an arcane and obscure topic that busy CEOs immersed in the day to day details of their businesses can safely afford to ignore.  There are two big reasons why nothing could be further from the truth.

The first reason is that nearly all businesses depend on the likes of Google, Facebook, Amazon and Apple in at least one form or another today.  Whether it’s for marketing and advertising, technology or commerce, these big companies are entwined in our lives and our businesses in ways that none of us can afford to ignore or take for granted.

The second reason, however, may even be more important.  That reason is leadership.  What is needed today more than anything are real leaders who can rise above the partisan din and engage in real dialogue and debate about difficult and even existential questions about the future of technology and privacy, prosperity and security in our society.

These are complicated and consequential issues.  Real solutions will not come in the form of sound bites.  CEOs are leaders by definition.  Now is the time to lean in, dig in and step up.

So, what’s going on and what’s at stake?  Well, it seems that big tech is getting hit on all sides these days.  “Antitrust” is a word which has suddenly resurfaced in the public imagination for the first time since the Department of Justice sued Microsoft back in 1999.

The CEOs of Amazon, Apple, Facebook and Google were all forced to testify in front of Congress earlier this year.  Then, to add insult to injury, the highly-critical-of-big-tech documentary The Social Dilemma literally topped the charts on Netflix for the month of September.  Now just last week, Congress issues what appears to be its first bipartisan language in decades (ok – maybe just years) signaling that everyone agrees that something has to be done about big tech monopolies.

Antitrust legislation got started in earnest back in the late 1800’s with the Interstate Commerce Act of 1887 (which created the Interstate Commerce Committee) and the Sherman Antitrust Act of 1890.  The Sherman Act, with a big assist from popular journalist Ida Tarbell, was eventually used by the US Supreme Court to break up John D. Rockefeller’s Standard Oil into 37 different regional oil companies (including Exxon, Mobil and Chevron).

The Sherman Act was focused primarily on limiting the ability of cartels to artificially inflate prices while keeping labor rates low.  In 1914 Congress expanded these regulatory powers with the Clayton Act which outlined more ways that corporations and cartels might be called on the carpet for artificially restricting competition.  The Clayton Act also clarified that such antitrust legislation could not be used against labor unions.

Laws on the books are certainly necessary in order to effect change, but they’re not sufficient.  It takes law enforcement to make any real change and it is the zeal for enforcement that has waxed and waned in cycles over the past century.

From World War I through World War II, antitrust regulation was seen as something that could be put on the back burner while the country focused on winning the wars to end all wars.  Then for 35 years or so after World War II, antitrust laws were vigorously enforced as the federal government tried to ensure corporations couldn’t get so powerful as to essentially capture government, as had happened in Nazi Germany.

For the past 40 years, antitrust law has again lapsed into a period of dormancy in the wake of the influential Chicago School of Antitrust which successfully argued for “a conservative approach to antitrust enforcement that espouses faith in efficient markets and suspicion regarding the merits of judicial intervention to correct anticompetitive practices.”

The slumbering bear of antitrust zeal seems to have recently awoke as the country comes to terms with just how deeply big tech companies have penetrated contemporary economies and how their network effects and economies of scale continue to grow their dominance (and market capitalizations).

The questions around what exactly constitutes the dominance of big tech and what its benefits and costs are to society are deep and profound.  It’s not as simple as whether or not Amazon unfairly competes against its own independent sellers or whether Facebook should disgorge WhatsApp so it can once again legitimately compete against Facebook Messenger.

The real dominance of big tech has to do with the extent to which they are able to collect data on the users on their networks and then leverage unprecedented computing power and machine learning to shape the future with these advantages.  Their big profit margins and deep pocketed investors then leverage these economies of scale together with the power of Moore’s Law to dominate their respective markets.

How exactly has big tech been able to create their unprecedented profit margins?  How are so few people employees to create so much wealth?  What is really driving this dominance and what does it mean for the future of privacy?

tweet
share on Facebookshare on Twittershare on Pinterestshare on LinkedInshare on Redditshare on VKontakteshare on Email
Dr. Richard M. SmithOctober 12, 2020

Dr. Richard M. Smith – Berkeley Mathematician and PhD in System Science – is a fintech entrepreneur, the CEO of The Foundation for the Study of Cycles, and the author of The Risk Rituals newsletter. Dr. Smith has built a reputation as "The Doctor of Uncertainty" amongst his academic peers and has helped government agencies and Fortune 500 companies alike make sense of complex sets of data. In his upcoming book The Risk Manifesto, Dr. Smith will aim to further educate investors on how to circumvent self-destructive instincts and adopt a systematic way to manage their fear of risk.

Dr. Richard Smith is an opinion columnist for the CEOWORLD magazine. You can follow him on LinkedIn. For more information, visit the author’s website.
view all posts