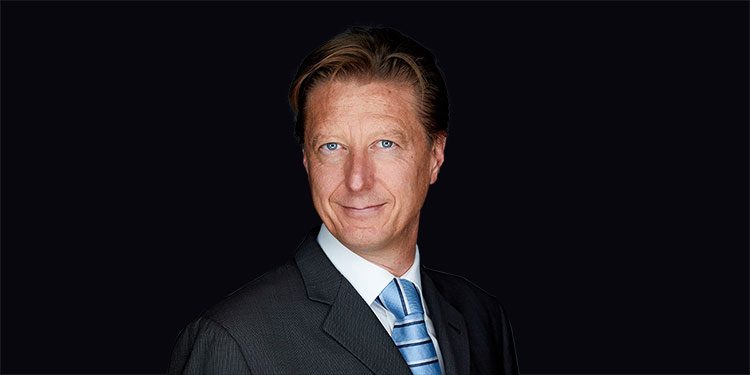 We are living in a world of regime shifts: a pandemic, economic upheaval, looming climate crises, and political turbulence. And with these shifts comes increased risk.

Boards are at the heart of risk governance. By their nature, risks cannot be fully and exactly measured. The real question proficient directors should ask, therefore, concerns the board’s attitude toward risks. Could board members’ own mental biases mask risk—or even create more of it?

Here are nine behaviors to consider:

Herd behavior and groupthink: Is your organization following the herd? Are you, as a board member, doing the same and engaging in groupthink? There’s something biological about living in agreement with others. It’s typically much safer to be wrong with others than wrong alone. Although this behavior may be safe for the individual (look at those who profited from the pre-financial-crisis era, for example), it doesn’t contribute to the organization’s long-term performance and social responsibility.

Boards should revisit their past decisions, successful ones as well as failures, in this light. Much governance work is about overcoming this classical mental bias.

The ideal board member, by contrast, could well be slightly paranoid. In both cases, a reality check may be warranted.

Overconfidence: The best professionals admit that predicting oil prices is nearly impossible. The same can be said for currencies or markets. Yet many of us start believing our own views. Do we truly know how little we know? Perhaps not surprisingly, most of the senior managers and board members my teams have tested tend to show strong overconfidence. This is not negative per se; overconfidence may bring strong motivation and energy to an organization. One does not lead others without a certain level of confidence. But when crucial decisions are taken, it’s best to hold overconfidence in check.

In the boardroom, this means board members may think they’re performing competently when they aren’t. This is particularly problematic for board members who are asked to make key decisions on matters beyond their expertise. Cultural diversity in the boardroom can help to overcome this effect, as long as board competency remains a priority.

Belief perseverance or Tolstoy effect: This behavior is well expressed by the great Russian writer’s quote: “The most difficult subjects can be explained to the most slow-witted man if he has not formed any idea of them already; but the simplest thing cannot be made clear to the most intelligent man if he is firmly persuaded that he knows already, without a shadow of doubt, what is laid before him.”

Have you figured out the world in such a smart way that you find it hard to challenge your views, despite the large shifts that are happening? If so, are your views steady or rigid?

Most of us don’t adapt fast enough; we don’t have the flexibility. We’ve developed sophisticated heuristics to understand the systems we work in, which have probably been successful so far. But as the environment changes, these heuristics become obsolete, and our decisions become challenged. How fast can you adapt to the new environment we’re facing? Do we still expect the old times to come back? If so, it’s time for a reality check.

Confirmation bias: Our thoughts, opinions, beliefs, and worldviews are based on years of experience, reading, and rational, objective analysis. Unfortunately, these years of sampling information may have been subject to confirmation bias. We may always have implicitly paid more attention to information confirming our implicit views on ambiguous topics—such as what constitutes a great CEO, effective compensation structures, and the social impact of business.

Hindsight bias: There’s a tendency to overestimate one’s ability to have predicted an outcome (that was not easy to predict) once that event has happened. This manifested itself clearly after the financial crisis of 2008; few had foreseen it accurately, yet many subsequently thought they had.

Are you the type that tends to think, “See, I told you so. I knew it!”? If so, are you looking back in time truthfully, or are you second-guessing how you would have reacted based on today’s situation?

Anchoring: Do you tend to anchor to values and numbers, even unconsciously? This bias particularly affects key decisions such as acquisitions, when board members may hold on to one number despite having a better understanding of synergies, integration challenges, or changes in context. Directors may intellectualize these changes and differences, but still typically come back to their original “anchor” values.

Representativeness: Giving shape to highly uncertain processes reassures the mind. Relying on patterns is the last of the typical biases we are most concerned with. It happens notably in cyclical activities (but aren’t they all?).

Do you believe that markets will rebound because they always do? Do you believe the cycle is three to five years, as it’s traditionally been? Are you looking for a pattern to repeat itself? This may not be productive. Sometimes, life-altering changes happen—such as a pandemic, the Russian revolution, or the development of artificial intelligence—which transform the world in such a way that past patterns don’t return.

tweet
share on Facebookshare on Twittershare on Pinterestshare on LinkedInshare on Redditshare on VKontakteshare on Email
Didier CossinJuly 22, 2020

Didier Cossin is a professor at IMD Switzerland and the founder-director of the IMD Global Board Center. A renowned global clinician in governance, Professor Cossin works with boards and senior leaders around the world to provide the latest thinking on best-in-class board effectiveness, dynamics, and design. His new book is High Performance Boards: Improving and Energizing Your Governance. Didier Cossin is an opinion columnist for the CEOWORLD magazine. Follow him on LinkedIn.
view all posts