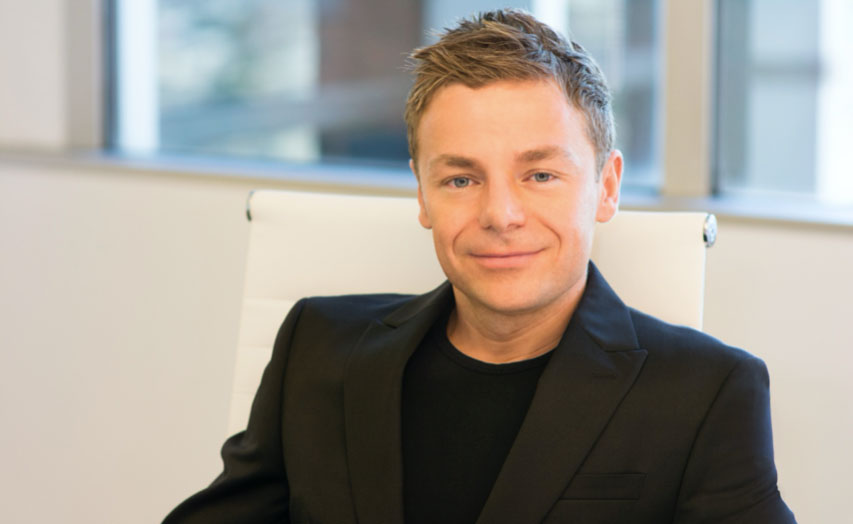 Dan Goman is an American entrepreneur and the founder and CEO of OWNZONES Entertainment Technologies, a software company targeted towards providing the post-production and OTT industries with ground-breaking innovations, from digital supply chain solutions to unique, customizable video apps. Born in western Romania during the 1970’s, Goman and his family escaped the oppressive communist regime and immigrated to America when he was a young child. Learning English from watching television shows and teaching himself programming on an old IBM computer, he went on to graduate from the University of Maryland and began a career in software development. He gained knowledge of the industry through his work advancing the technology of large companies such as AT&T, Microsoft, and Lucent Technology, and started OWNZONES in 2010 when he noticed the trending shift from paper and broadcast media to digital content.

OWNZONES started as an OTT platform — what inspired you to start the company and why the transition to SaaS?

I’ve always been obsessed with being on the cutting edge of the technological landscape, so I try and stay as up to date as possible when it comes to the industry. As Netflix launched streaming and SVOD (subscription video on demand) channels began to become prevalent in the late 2000s, I could see that as long as internet bandwidth was able to catch up with demand, this could be huge. I decided to found OWNZONES as a multi-platform streaming service that could amass SVOD channels and provide them à la carte to consumers on a subscription basis, and by 2015 we had over 400 channels on our OTT platform.

As our company grew, I made sure to put a strong focus on our research and development of new technology. Rather than wait for the technology to be available via other companies and have to pay them exorbitant amounts to use it, we tackled every technical challenge we came across ourselves, building out solutions where needed. It was around 2016 that our content partners began to comment on the functionality and innovative quality of the technology we had created, and I realized that this demand was a need that had yet to be filled in our industry. We began offering the technology we had developed as a service, and it quickly became evident that this was where our true value lay. Now, we exclusively provide simple and efficient solutions to other OTT platforms’ content servicing and content supply chain needs.

What is one trend within your field that you are excited about?

In general, the advent of cloud computing has been an unparalleled technological revolution. In our globalized world, it’s created a freedom and ease for digital storage that consumers and businesses alike have benefited from. Whether it’s your mother who wants to keep a million photos on her phone without using the hardware’s storage, or a business that no longer has to deal with bulky on-premises servers, I’m so excited to continue seeing the direction the cloud will take us. It allows for complete customization in terms of storage needs, is a sleek and elegant solution to the increasing amount of storage that today’s technology requires, and is much more equipped for disaster recovery than any other prior storage solution.

As terrible and destructive as this pandemic and subsequent quarantine has been on the economy, it is easy to imagine how much worse we would have fared had it occurred even just a decade prior. I believe the vast majority of companies have found their employees are more than capable of working from home, a task that would have been much more complicated without utilizing the cloud. Even if a company had a VPN network, most weren’t designed to handle all of their employees all at once, and definitely not for an extended amount of time. Today, all employees had to do was take their laptops home with them, and they were fully operational

Speaking of the coronavirus pandemic, it has turned many businesses up on their heads. How have you and your company navigated the storm?

The businesses our company primarily serves are in the streaming and film industry, which like almost every industry in the United States has experienced their share of setbacks. The main issue for our customers has been the fact that, due to social distancing, production on much of their content has been forced to go on an indefinite hiatus. Thankfully, our services are actually helping those in the industry better acclimate to the current situation. For example, streaming businesses can utilize our cloud-based OWNZONES Connect™ so their employees can continue their post-production work from anywhere in the world, ensuring they are still able to churn out new content to meet the increased demand. We are also seeing a huge increase in inquiries from broadcast companies who are realizing that, as they run out of new content, they may see a resulting reduction in revenue, and are interested in creating an OTT platform through us to monetize old content.

tweet
share on Facebookshare on Twittershare on Pinterestshare on LinkedInshare on Redditshare on VKontakteshare on Email
Anna PapadopoulosJuly 20, 2020