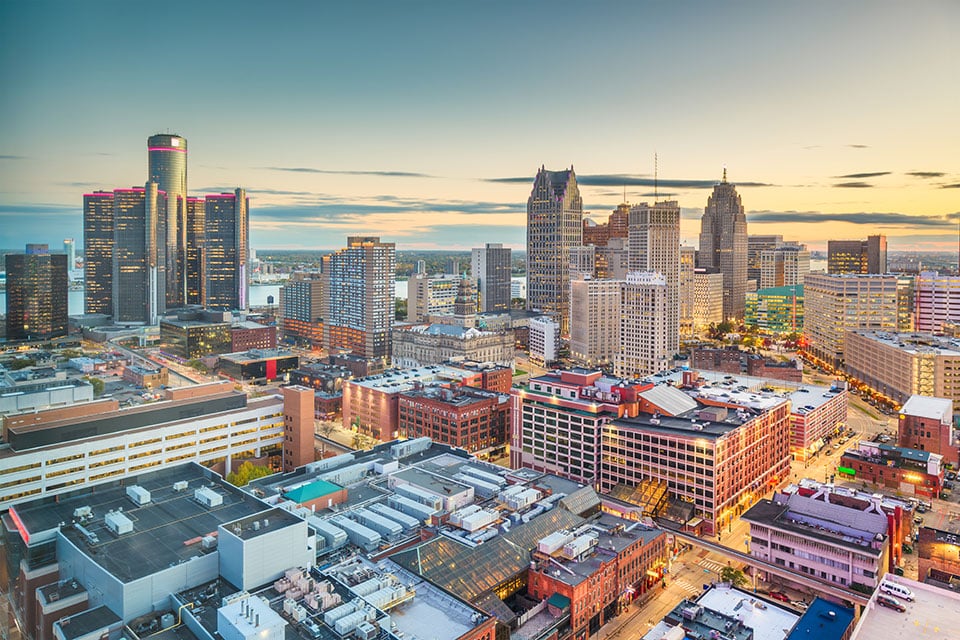 Detroit is the largest city in Michigan. It was once home to three of the biggest car companies —Chrysler, General Motors, and Ford. Which is why it has since been known as the Motor City. Also, it is the birthplace of Motown Records, one of the most beloved record labels in the world.

You can explore Downtown Detroit on foot. An ironic yet convenient thing to do in Motor City. RiverWalk is the best walk you can have in Detroit. You’ll like walking past various scenic parks. If you are not a fan of walks, a rented bike should also do.

The art scene in Detroit is impressive. The Detroit Institute of Arts is the best and largest museum in the city. The Heidelberg Project is another interesting piece of art in Detroit. This outdoor art project was created in 1986 by an artist in a bid to breathe life into his troubled locality.

Celebrated artists like Stevie Wonder and Michael Jackson were on the Motown record label. Motown Museum takes you through its proud history and is a must-visit in Detroit. The Detroit Historical Museum takes you into the glorious past of the city.

There are two memorial museums in Dearborn, a suburb around 11 miles from the city center. The Henry Ford Museum showcases the technological progress that has occurred in Detroit since historic times. Close to the Henry Ford Museum is the Greenfield Village, an open-air museum. It features about 100 ancient buildings from the US.

The North American International Auto Show is the only good reason to visit Detroit in the winter. Car enthusiasts love this festival. Electronic Music lovers will want to attend the Movement Electronic Music Festival.

The Eastern Market is the largest historic public market in the US. It also has several bars and restaurants. The street art here is impressive.

Here’s our list of the 10 most luxurious hotels in Detroit:

Best Websites For CEOs, Senior Executives, And entrepreneurs.
Best Countries For Business In Europe For Non-European Investors.
World’s Top 100 Cities To Reside In.
Top Rated Visitor Attractions In Every Country In The World.
The World’s Most Powerful Militaries.

tweet
share on Facebookshare on Twittershare on Pinterestshare on LinkedInshare on Redditshare on VKontakteshare on Email
Alexandra DimitropoulouNovember 14, 2019