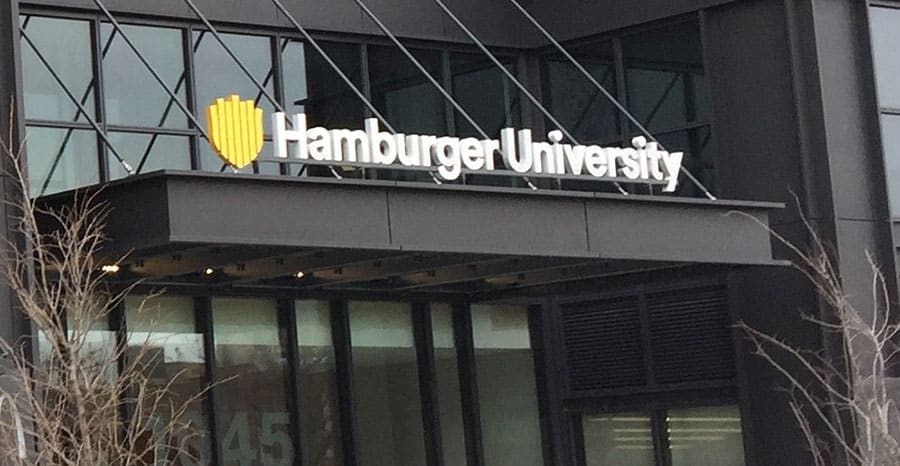 Have you ever heard of Hamburger University? If you have, great. If you haven’t, know McDonald’s? I think you got a fair idea where this discussion is headed to. We are going to talk about the training facility of one of the biggest burger-chains in the world, McDonald’s.

Hamburger University is an educational ground for the staff of McDonald’s employed in various areas of management. Believe me, when I say this, it is not just your regular university, and I will totally give you facts to prove that I am not wrong.

Here are 6 things you should know about Hamburger University:

So, every time you go to a McDonald’s, remember that there is a brilliant mind behind the operations of the restaurant because it is a mandatory condition that all McDonald’s Branch heads must be graduates from this university.

tweet
share on Facebookshare on Twittershare on Pinterestshare on LinkedInshare on Redditshare on VKontakteshare on Email
Emma LondonJuly 16, 2019