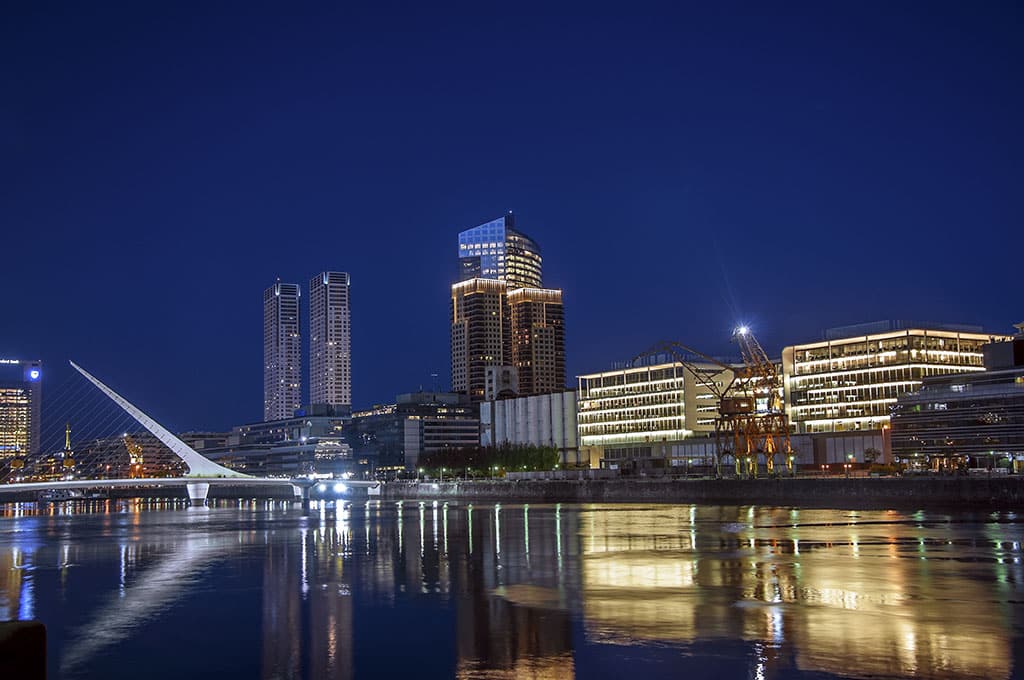 Nightlife is all about partying, hitting the dance floor, getting the best drinks in the corner and living life to the fullest. Though there are many destinations which offer great nightlife options in the form of pubs, dance bars, and disco places, there are some of these hottest nightlife places which you must make a point to visit this year.

Las Vegas has been recognized as the world’s best nightlife destination for 2019, according to a survey by the CEOWORLD magazine, while Paris and Buenos Aires placed second and third, respectively.

The data come from an annual survey of 74,000 business travelers and 8,000 corporate travel agents in 86 countries commissioned by the CEOWORLD magazine. The study was conducted over three months, from January 20 – April 19, 2019.

The 2019 rankings placed Amsterdam in fourth ahead of Ibiza into fifth; while Rome ranked sixth, and Berlin seventh.

Overall, among the top 10 best nightlife destinations in the world for 2019, the eighth, ninth, and tenth positions are held by Goa, Chicago, and Bangkok.

These places offer the best of everything- from a wide range of cocktails, perfect ambiance, sound system and of course- the magical crowd which vibes with your energy levels. Here are some of such best nightlife places which bring the best party animal out of you.

Best nightlife destinations in the world, 2019: 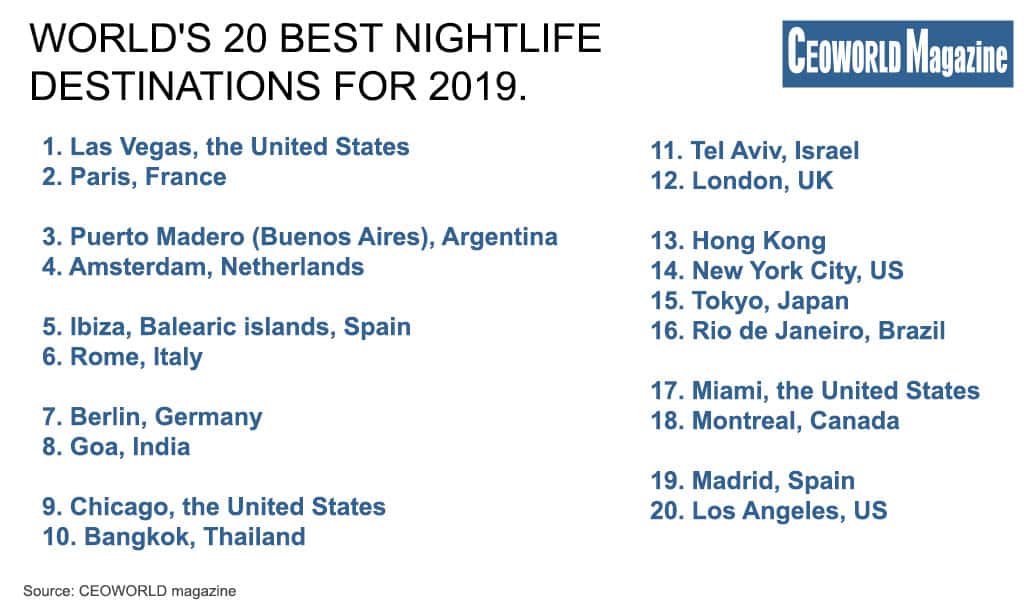 tweet
share on Facebookshare on Twittershare on Pinterestshare on LinkedInshare on Redditshare on VKontakteshare on Email
Anna PapadopoulosJune 13, 2019